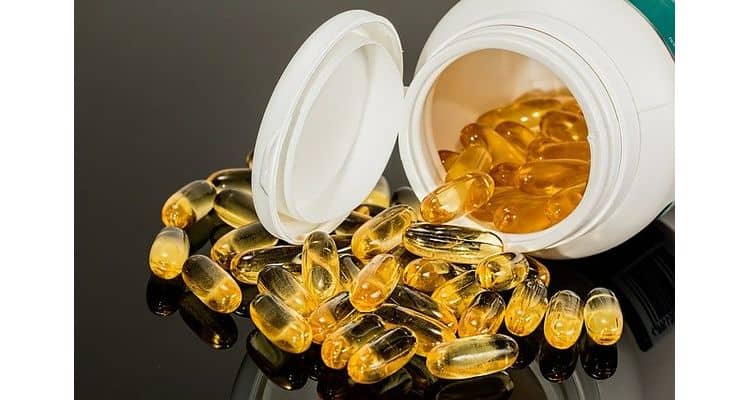 With a goal of shaping India into a nutraceutical industrial hub, Nutrify Today C-Suite Summit-2022 gave the much-needed impetus to bring together the industry to touch the 100-billion-USD industry. More than 15 countries participated in the coveted summit, with a total 20 deals worth 22-million-USD being struck. These seed deals are expected to evolve into two-billion-USD by the year 2025. Experts in the industry believe that these deals have the potential to create 40,000 new job opportunities in the emerging industry. These investments, according to the industry experts, in the long run would kick-start India’s growth in the nutraceutical industry and help realise its dream of becoming the number two player in the globe, by reaching the 100-Billion-mile stone.

Elaborating on one of the main challenges, he added,  “As the industry is growing in India, there was an identified deficit of 1,60,000, in the form of Human Resources. To address this deficit, the Nutrify Today Academy is targeting to train 15,000 professionals and university students for the years 2022-2023.”

Urging the Indian academic institutions to back the industry in this endeavor, the Centurion University, IIT Jammu and IRMA, have come forward to deal with this specialised human resource deficit.

With C-Suite summit, Nutrify Today has sought to create a regulatory system, to enable ease of business across the globe and served as a platform for interaction between international regulators that would pave lucrative opportunities in the future.

The summit saw members of UAE Royal family and a special delegation from Australia present during the meet. Over 20 deals with an estimated value of 22 million were signed during the event. South Korean giant EDGC announced 401 million USD in Nutrigenomics innovations in the next 5 years. Euro Alliance Switzerland announced an investment of 7 million USD. Cepham incorporated USA announced 5-million-dollar investment in Ayush R&D modernisation and commercialisation.

India is not only the pharma capital of the world, but is also one of the very few countries, which has added 19 years in terms of longevity, in a short span of 60 years or two generations.

Stating that, while this was a mile stone achievement in its own right, Sudarshan Jain, Secretary General, Indian Pharmaceutical Alliance observed, “We are yet to make the move from Longevity to wellness. Today, longevity has come with the baggage of Lifestyle diseases in India.”

Rolling out some statistics, he pointed that, there are over, 268 million Indians, suffering from obesity, 264 million from blood pressure, 137 million from cholesterol and 122 million suffering from diabetes. Putting it in a nutshell, he stated that India was the hub of lifestyle diseases in India and added that it was here that the nutraceutical industry can come into play, thereby translating longevity, into wellness and happiness.

Jain made it clear that this change in health can be brought about, only if nutraceuticals become main stream and make the transition from being a mere add on to a must. “This transition can happen only if the Nutraceutical and Pharmaceutical industries can come together to serve the needs of a varied population from infants to the seniors, by creating products which are Relevant, Reliable and Resilient,” Jain added. Citing the example of Revital and its success in addressing the needs of the entire vertical, Mr. Jain urged the Nutraceutical push in a similar direction.

Abhijit Basak, Associate Partner, EY Parthenon, stated that the Indian market was primed for a huge growth in the nutraceutical sector, what with an increasing number of Indians willing to spend on wellness after the emergence of COVID-19. According to Basak, a large number of Indians are worried about family health and added that, Indians spend more than 443 million dollars every month on wellness services and products. Giving out a few more statistics, he said, “Post COVID-19, more than 82 per cent of the Indian population are health conscious as against the previous 57 per cent, while almost 94 per cent of the population are showing an acute concern for the health and welfare of their family members.”

Basak added that a start up ecosystem must be developed in India, with the priority on customized products with the focus on the growing D2C model, thereby prioritizing the Matrix. He further added that the fortification of basic food items, such as milk, edible oil, wheat flour, rice and salt, would go a long way to promote the much required wellness. To add to the point, he stated the example of how, there was huge rise in usage of home-made remedies, dietary supplements and also the consumption of several OTC, OTV, Vitamin and Mineral products, during the second wave of the pandemic.

He noted that the Indian consumer’s focus has suddenly shifted from cure to prevention, thanks to the pandemic.

India’s drive towards achieving the 100 billion mark, would and should have to be a market driven and profit oriented approach. However, experts pointed that there was a need to make this goal a consumer driven goal, rather than a consumerist driven one.

Experts further added that the driving force for this dream to come true would bring the state and the associated ministries into play, to ensure that the political will is there for the 100 Billion journey to be a successful one, both from the manufacturers end, all the way to the consumer.

Dr Rajiv Tandon, Director, RTI International said, “There is a need for customized fortification and diversification of products. Products must be developed keeping in mind dietary diversification and contextualise it on a regional basis and also the various age categories.”

Dr Tandon also pushed for an inclusive approach where all concerned parties are involved in the push forward. He stressed on the need to involve players such as local media, to ensure participation.  from the grass roots as well as information dissemination at every level. When asked if there was a need for a second Green Revolution to make the Nutraceutical dream come true, Dr Tandon replied, “ That is the challenge, even the first green revolution had its set of challenges.”

In his inaugural address, Professor Ajay K. Sood, Principal Scientific Advisor, Government of India, said that India had all the requirements to make the 100 billion Dollar, Nutraceutical dream come true. He noted that there was a need for a standardisation mechanism to be brought into place and added that, to ensure an encouraging eco-system, there must be more coordination between all the stake holders and involvement of the academia.

Professor Sood further added that a neutraceutical task force has been formed to help the industry move in this particular direction. Regarding the presence of India’s Nutraceutical industry across the globe, he noted that it was around nine billion dollars as against the global 390—400 Billion Dollar industry.

ASEAN a potential market and launching pad for India inc

While some speakers focused on the huge potential of the domestic nutraceutical market  others elaborated on the need to expand the horizons of the Indian nutraceutical industry.

Some of the experts present during the summit, spoke about the various expanding and emerging markets across the globe. One such speaker, Dr Rajen M, CEO, HOLISTA CALLTECH, urged the Indian players to eye the ASEAN market to ensure that India becomes a global player.

Dr Rajen observed, “The ASEAN countries offer a a diverse and large growing market, both in terms of the Racial maze as well as the growing economic might of the ASEAN countries.” He further added that Malaysia, amongst the ASEAN nations could play the role of an ideal launch pad for the Indian companies.

Dr Rajen stated that apart from offering a young and well-equipped work force, Malaysia is a country, where there is ease of doing business and a strong British colonial legacy, which would make it easier for the Indian players. Pointing out that apart from the above advantages, such as a large English-speaking population, Malaysia also provides the advantage of Halal certification, a much needed requirement for the emerging Nutraceutical industry

Srivatsava of Nutrify Today, in his  address made it clear that the Indian players must identify and enter markets across the globe, instead of just restricting themselves to the Indian market alone. He said, “To target 100 billion dollars, we need to think global and this is where the ASEAN market comes into play.”

Srivatsava also stated that Nutrify Today would help India inc in entering markets across the globe. Regarding Malaysia, he said, “It is definitely a launch pad to enter other emerging Asian markets.”

On India’s close cultural ties with South East Asia, he stated that they would go a long way in helping the Indian players into the market and beyond.