Why a National Drugs Database is important

The question remains, what are the plans to enforce such regulations more stringently? 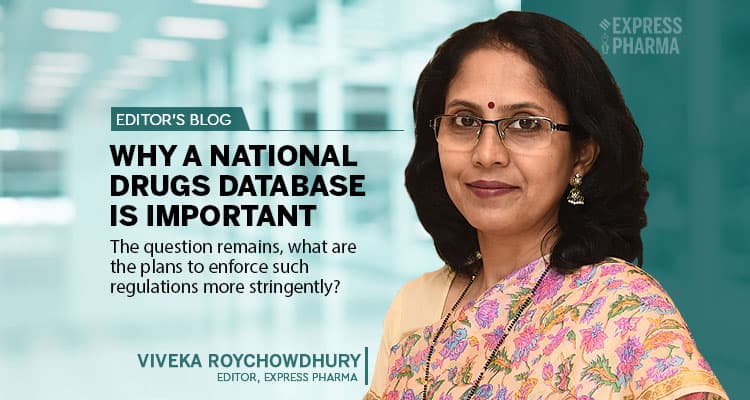 Authorities from The Gambia’s Medicines Control Agency have now seemingly back-tracked on their initial allegations linking Haryana-based Maiden Pharma’s cough syrup to the deaths of 70 children from acute kidney injury.

A Reuters report dated November 2 quotes Tijan Jallow of The Gambia’s Medicines Control Agency, saying, “We haven’t concluded yet it is the medicine that caused it. A good number of kids died without taking any medications.” There are reports of children in Indonesia dying from similar kidney injuries, linked to the use of paracetamol syrups.

While we wait for more clarity and the final reports of the investigation, an office memorandum dated October 27 from the Drug Controller General of India, VG Somani, announced the setting up of a seven-member panel to prepare India’s ‘National Drugs Database.’

Explaining the rationale for such a move, Somani said that such a database is “crucial” for “not only empowering consumers but also improving the monitoring mechanism for quality of drugs in circulation across the country and uniform administration of the regulatory system.”

Over the next three months, the seven-member committee will “examine the existing database available with various authorities like States/UT Drug Control Department, various manufacturers, marketers, importers.”

The Committee is expected to give its recommendations and prepare a comprehensive National Drugs Database for drug formulations manufactured/ marketed in the country. It will provide detailed information on the drug, its dosage form, strength, and details of the manufacturer, marketer or importer of the drug, as per the office memo.

Dr Koshia reveals that some states with major pharma hubs, like Gujarat and Maharashtra, have already developed their own databases independent of each other and the centre. Now, the task is to decide on the best template and merge these databases seamlessly.

Gujarat, for instance, uses an online drug licenses database, developed with NIC, since 2012-13. With information on all drug manufacturing licenses literally at his fingertips, Dr Koshia recounted how the database gave him an almost instant idea of the stocks of Hydroxychloroquine (HCQ), with both API and formulation makers, during the pandemic. He had a list of manufacturers from his state within minutes and was able to contact them within an hour, requesting them to stop exports till the country’s needs were met. He was ready with names o