The team exploits the fact that many governments applied age-based eligibility cut-offs when rolling out their vaccination programmes – meaning that at some point, citizens above the cut-off age are eligible for vaccination, whereas those below are not 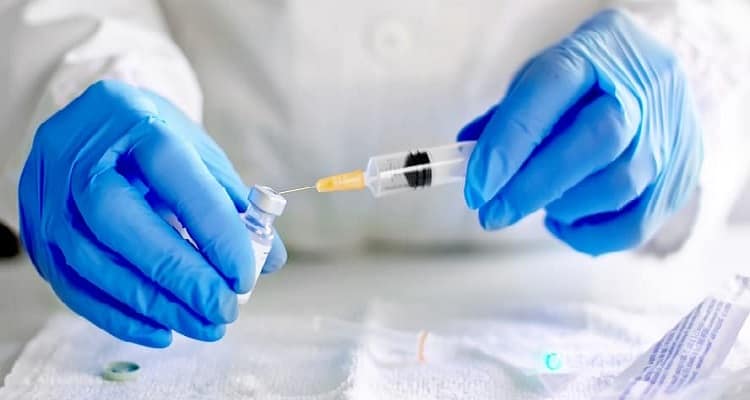 A research team from the Hong Kong University of Science and Technology (HKUST) has demonstrated how to measure Vaccine Effectiveness (VE) in the absence of adequate public health data, offering an easy-to-implement alternative to measure VE and keeping data-deficient countries informed when formulating and adjusting their vaccination and immunisation policies, a statement from the university said.

Taking advantage of a medical record-keeping system and a wealth of public health datasets, many developed countries are already measuring VE for their populations using Test-Negative Design (TND) – the prevailing VE measurement which compares the vaccination status of persons receiving either positive or negative results in the same test, the statement added.

However, measuring VE could be difficult for Low- and Middle-Income Countries (LMICs). This is because while the health authorities in these countries may know how many people in the total population were vaccinated, infected, or hospitalised, they often don’t know whether a particular person who tested positive was vaccinated or not. Without such knowledge of personal vaccination status, the standard TND methodology could not be used. As a result, current VE study efforts tend to be skewed towards the world’s more affluent countries. For example, View-hub, a comprehensive database of 249 COVID-positive studies (as of early May 2022), contains only 16 large-scale studies (more than 50,000 subjects) from LMICs – of which half are from Brazil. Much of Asia and Africa is left out in the database, and such underrepresentation may create an information void for public policy in some of the most populous countries in the world, , it further mentioned.

Additionally, according to the statement, a research team led by Professor Abhiroop Mukherjee and Professor George Panayotov from HKUST and Professor Rik Sen from the University of New South Wales has demonstrated how to estimate VE even in the absence of such personal data. The team exploits the fact that many governments applied age-based eligibility cut-offs when rolling out their vaccination programmes – meaning that at some point, citizens above the cut-off age are eligible for vaccination, whereas those below are not.

Using a simple statistical model called the Regression Discontinuity Design (RDD), the team then compared the various COVID outcomes (positive cases, positive cases with high CT value, hospitalisations, deaths) of groups of individuals above and below the cut-off age. These groups are close in age, and hence assumed identical in terms of health conditions or their exposure to disease. This allows one to calculate VE with less data than required by standard VE methods. A key input for RDD-based VE measure is the proportional drop in COVID outcomes at the cut-off age, which is factored into the calculation along other inputs, including the vaccination rates corresponding to the same age groups, noted the statement.

In their application of the above RDD method and an extended measure called breakthrough-based RDD to public health data in India, the team has found that even one dose of the vaccines used were 55 per cent effective against infection and 80 per cent against hospitalisations during the Delta wave in early 2021. The data contain over eight million observations on COVID-19 vaccinations and testing, as well as over 140,000 hospitalisations in West Bengal, an eastern state in India, where a 45-year age cut-off was imposed from March to April 2021, as per the statement

It also mentioned that the research findings were recently published in Science Advances.

“VE could differ between populations as individual countries’ pre-existing exposure to COVID-19 could vary. Helping individual countries to understand whether and how well vaccines are working for their populations can help ascertain vaccination policy. For example, if a country finds that the one-dose VE for its population is high enough, it might make sense for them to provide first doses to more people, rather than insisting on two doses for fewer people – if vaccines are scarce,” said Professor Mukherjee, also the Liwei Huang Associate Professor of Business at HKUST, in the statement. “Having accurate VE estimates can also help health authorities decide whether vaccinated populations will be spared severe outcomes, which is critical for deciding whether to ‘live with the virus,” he added.

Professor Mukherjee concluded that almost all countries used – and are still using – age eligibility criteria for COVID vaccines, so the RDD measures are widely applicable, and will be particularly helpful in data-deficient countries where public health data infrastructure is not good enough to apply standard VE measurements.