Since the world witnessed numerous cases of counterfeit COVID vaccines, it is necessary for the pharma industry across the globe to curb the supply of such vaccines. Experts explain how improving the standards of pharma packaging using the latest trends and innovations can help in preventing this menace 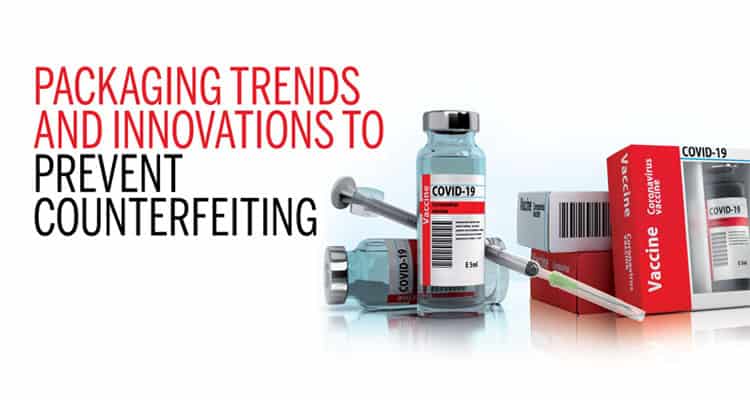 Recently, several incidents of fake COVID vaccines being administered to the population of various countries were reported. For instance, the World Health Organization (WHO) had identified counterfeit versions of Covishield (manufactured by the Serum Institute of India), which became a major cause of concern for stakeholders across the world. Apart from it, Pfizer’s fake vaccine vials were also found in some parts of the US, along with other parts of the globe.

Since vaccines are key in the fight against the COVID-19 virus which has held the world at ransom, the circulation of fake vaccines is a disaster in making.

Speaking in this regard, Nakul Pasricha, President, Authentication Solution Providers’ Association (ASPA), highlights that the consumers need to be assured that they are receiving a genuine and safe product that is manufactured with the highest standards of quality.

He states, “Secured pharma packaging plays a vital role in protecting the integrity and inviolability of drug packaging, facilitating authentication, verification and product traceability in the supply chain. Several pharma companies already use authentication and traceability measures. For example, Johnson & Johnson is using security seals on vaccine boxes along with traceability measures on vials. Glassmaker Corning is equipping vials with black-light verification to curb counterfeiting. Apart from these authentication measures, most vaccine vials now come with a vaccine vial monitor (VVM) attached to them. These smart labels are time-temperature indic