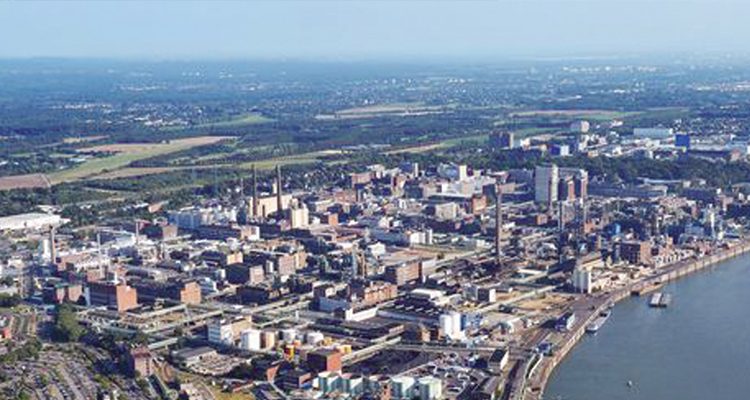 Currenta valued with an attractive enterprise value of EUR 3.5 billion (100 per cent)

Bayer and LANXESS have sold their stakes in the chemical park operator Currenta to funds managed by Macquarie Infrastructure and Real Assets (MIRA), the world’s largest infrastructure investor. Both companies signed corresponding agreements recently. The transaction still requires the approval of the responsible authorities. Currenta manages and operates infrastructure, energy supply and other essential services across the chemical parks in Leverkusen, Dormagen and Krefeld-Uerdingen and is currently a joint venture of Bayer (60 per cent) and LANXESS (40 per cent). Currenta, including a transferred real estate portfolio by Bayer, is valued with a total enterprise value of EUR 3.5 billion before deduction of net debt and pension obligations.

“We are delighted to announce that in MIRA, the world’s leading infrastructure asset manager, we have found the right partner to drive the successful development of Currenta while leveraging its international expertise,” said Dr Hartmut Klusik, Member of the Board of Management and Labor Director of Bayer.

Bayer’s 60 per cent stake in Currenta has an equity value of approximately EUR 1.17 billion (after deduction of net debt and pension obligations). In addition, in order to strengthen the Currenta Group, Bayer is selling to it an extensive package of real estate and infrastructure for EUR 180 million.

Bayer had announced in November 2018 that it was looking to sell its stake in Currenta. The main reasons behind this are that Bayer’s position as a Chempark customer has changed following the carve-out of Covestro and that Bayer has stepped up its focus on its core activities. Bayer expects its part of the transaction to close in the fourth quarter of 2019.
LANXESS as one of Currenta’s main customers will provide MIRA with operational support during the transition phase and will therefore continue to hold its stake in Currenta for several months longer. Thus, the company expects its transaction to be completed by the end of April 2020. The 40 per cent stake of Currenta held by LANXESS accounts for an equity value
(after deduction of net debt and pensions) of approximately EUR 780 million pre tax. In addition, LANXESS is entitled to a profit participation until completion of the transaction. Moreover, LANXESS has reached an agreement with MIRA on service and supply contracts for the three sites in Leverkusen, Dormagen and Krefeld which will initially run for 10 years. LANXESS operates a significant portion of its global production facilities there.

LANXESS remains on track after a stable second quarter

LANXESS is on track despite the weaker economy and geopolitical uncertainties and can look back on a stable second quarter. EBITDA pre exceptionals declined only slightly by 1.4 per cent to EUR 286 million, nearly reaching the figure of the strong prior-year quarter of EUR 290 million.
Due in particular to the weak demand from the automotive industry, sales volumes declined in the engineering materials and specialty additives segments. In addition, earnings were burdened by a weak chrome ore business. However, this development was nearly offset by the company’s stable portfolio and advantageous exchange-rate effects, especially from the strong dollar. The EBITDA margin pre exceptionals remained stable at 15.8 per cent after 15.9 per cent in the prior-year quarter.

“Our strategic transformation and more stable position are paying off – especially in these economically uncertain times. We delivered good results again in the second quarter and confirmed our guidance for the full year,” said Matthias Zachert, Chairman of the Board of Management, LANXESS.

Group sales came to EUR 1.810 billion in the second quarter of 2019, down 1 per cent from the previous year’s figure of EUR 1.829 billion. Net income increased by 3.1 per cent from EUR 97 million to EUR 100 million. Earnings per share increased more strongly – by 8.6 per cent from EUR 1.05 to EUR 1.14 – on account of the lower average number of shares outstanding. LANXESS completed its share buy-back with a volume of nearly EUR 200 million on June 12, 2019.

The Advanced Intermediates segment again proved its operating strength in the second quarter of 2019 – despite the persistently weak demand from the agriculture market. This was mainly due to the ongoing positive development of the Advanced Industrial Intermediates business unit and good project business at Saltigo. The development of exchange rates likewise had a positive effect. Sales amounted to EUR 561 million, up 2.7 per cent on the previous year’s figure of EUR 546 million. EBITDA pre exceptionals increased by a considerable 10.3 per cent from EUR 97 million to EUR 107 million. The EBITDA margin pre exceptionals rose from 17.8 per cent to 19.1 per cent. The Specialty Additives segment showed a stable development year-on-year in the second quarter of 2019. The termination of margin-dilutive toll manufacturing contracts and the weaker demand from the automotive industry, especially in the Rhein Chemie business unit, led to lower sales volumes. At EUR 506 million, sales were nevertheless on a par with the previous year (EUR 508 million), as advantageous exchange-rate effects and higher prices nearly offset this development. EBITDA pre exceptionals fell slightly by 2.2 per cent to EUR 89 million compared with EUR 91 million in the prior-year quarter. The EBITDA margin pre exceptionals of 17.6 per cent was close to the previous year’s level of 17.9 per cent.

In the Performance Chemicals segment, the balanced portfolio ensured stability. In particular, the operating strength of the business units with water treatment and material protection products and positive exchange-rate effects compensated for the weak chrome ore business in the leather business unit. Sales remained stable year-on-year at EUR 356 million. EBITDA pre exceptionals increased by 3.4 per cent to EUR 60 million compared with EUR 58 million in the prior-year quarter. All of the segment’s business units except Leather contributed to the improvement in earnings. The EBITDA margin pre exceptionals rose accordingly from 16.3 per cent to 16.9 per cent.

In the engineering materials segment, sales and earnings were burdened by weaker demand from the automotive industry. Positive exchange-rate effects did not compensate for this. Sales amounted to EUR 365 million, down 8.5 per cent on the strong previous year’s figure of EUR 399 million. EBITDA pre exceptionals fell by 19.8 per cent to EUR 65 million compared with EUR 81 million in the prior-year quarter. After 20.3 per cent in the previous year, the EBITDA margin came to 17.8 per cent and therefore remained at a good level.

Injection vials for vaccines for protection against Covid-19