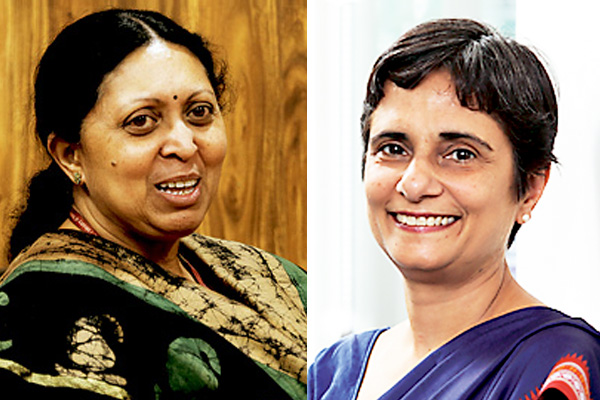 She elaborates on the various initiatives the Department of Biotechnolgy (DBT) has taken for ensuring women’s good health, while also advising them to stay stress-free

Has the Department of Biotechnology come up with any project which would have focussed specifically on the health of women in India?

There is major emphasis on programmes which focus on women’s health. In fact, maternal and child health is a priority with us and we have a large number of programmes, both at the Department of Biotechnology and our public sector BIRAC. The emphasis is at providing affordable healthcare intervention, doing early diagnosis of diseases and finding preventive cure. And, in that, we are looking at a large number of initiatives.

Kindly elaborate on these initiatives.

There are a few major initiatives. In fact, in February this year, we launched our programme — the Atal JaiAnusandhan Biotech Mission under which we have GARBH-ini. In this, we are doing a cohort study on pre-term birth, wherein more than 8,000 pregnant women’s samples will be collected to study the parameters for pre-term birth, its side effects and early diagnosis. For this, we are bringing a genomics technology that can bring in predictive markers, so that pre-term can be predicted early and actions can be taken to either prevent it or see how we can bring in the intervention into it.

We have also set up one of the largest biorepositories which will have the samples collected and linked with genomics data. In addition, we have tied up with IIT Madras for bringing in artificial intelligence to develop predictive markers. A study has been launched in southern India, which is looking at a similar angle — what are the interventions or what is the growth pattern for pregnant women, what are the interventions that are going to their diet and how a child is being tracked till about two years of age after he/she is born.

A similar study is being conducted in Delhi which is on bringing in improved nutritional intervention to see its impact on pregnancy, childbirth, child rate at that time and the child growth till two years of age.

Some of the common diseases in women include breast and cervical cancer, any steps being taken regarding their prevention?

We are working on different diagnostics screening devices, both for breast cancer and cervical cancer and we also have a number of devices which are in advanced stages of development.

One is thermal image device system, which is with AI tool that looks at the heat map and takes a normal image and then we can do a protective marking. For cervical cancer also, we have a large number of screening devices which are being worked out. Apart from it, we are also supporting a major programme on developing an indigenous HPV vaccine for cervical cancer. Currently, we are using the imported vaccine in one or two states where it has got in but we are supporting one of our Indian manufacturers to come up with the HPV vaccine under our Grand Challenges initiative.

Can biotechnology also contribute towards the menstrual hygiene of women?

We have some programmes that are looking at biodegradable sanitary napkins. Looking at greener technologies, one of the startups is even looking at the way of disposal of sanitary napkins. Of late, we have also awarded one of the startups namely Padcare Labs under our Soch grant. The company is developing a minimum viable product for rapid, easy, economical and eco-friendly sanitary pad sterilisation, partial segregation and disposal at waste generation level which overcomes issues of smell, unhygienic enviro