Need for introspection beyond brand-building

Because laws are only as good as their enforcement 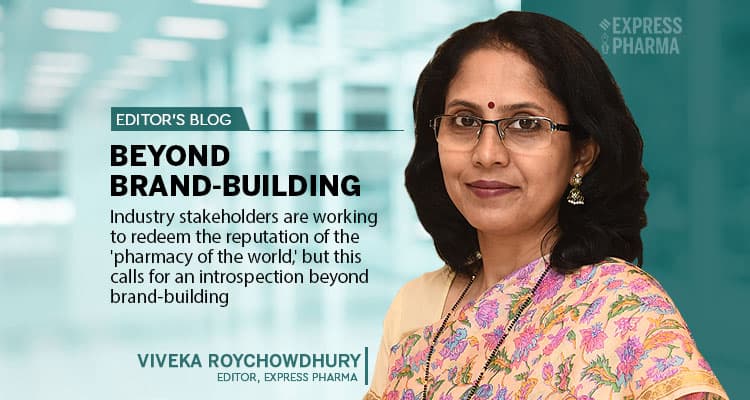 The Maiden Pharma case has once again highlighted the loopholes in India’s medicine regulatory system. The World Health Organization’s (WHO) medical product alert of October 3 that four of the Haryana-based companies’ cough syrup brands were found with ‘unacceptable amounts of diethylene glycol and ethylene glycol as contaminants came after health authorities in Gambia linked these syrups to the kidney damage and subseq inuent deaths of children who had been prescribed these syrups.

Regulators in India sprung into damage control mode. The Pharmaceuticals Export Promotion Council of India (Pharmexcil) has since suspended the membership of the company to prevent further exports. India’s apex medicine regulator Central Drugs Standard Control Organisation (CDSCO), with state counterparts, conducted its own investigation at the company’s Sonepat plant. Not surprisingly, they detected several discrepancies and violations of good manufacturing processes at the plant. The Haryana government then ordered the company to stop production at the Sonepat plant.

However, this is not the first time that diethylene glycol (DEG) has turned up to unacceptable levels in medicines. Worse, Maiden Pharma has been a habitual offender. So, clearly, the previous raps on the knuckles were not taken seriously enough.

An overhaul of India’s medicine regulatory system, starting with the recently notified “Drugs, Medical Devices and Cosmetics Bill, 2022” will hopefully plug the existing loopholes in pharma manufacturing and compliance to current good manufacturing practices. But this needs to be implemented not just in the manufacturing plants of pharma companies, but also all thirdparty contract manufacturers and ingredient manufacturers.

However, laws are only as good as their enforcement. Industry sources point out that the CDSCO continues to be under-staffed, despite periodic recruitment drives. The current structure seems to lend itself to territorial skirmishes among centre, states and Union Territories (UTs), allowing shady manufacturers to simply move to different states when one state authority wisens up to their dicey manufacturing practices. So, how much longer will it take for our regulators to be allocated the resources to enforce them?

There is no doubt that the pharma sector will always be expected to work to higher regulatory standards than other industries; simply because it is literally a matter of life or death. The complexity of complying to different regulatory practices across geographies, compounded by competition from other nations vying to discredit India’s claim to be the ‘pharmacy to the world,’ has also increased. Scrutiny by overseas regulators like the US FDA as well as agencies like the WHO, will also increase, to ensure that the imperative to procure medicines at an affordable cost is not at the cost of quality.