Emerging contaminants and regulating them effectively

Tarun Anumol, Director of Global Environment & Food Applied Markets at Agilent Technologies points out that to reduce or eliminate the threat of emerging contaminants in the environment, source control and prevention are crucial and this requires cutting-edge identification and analysis technologies 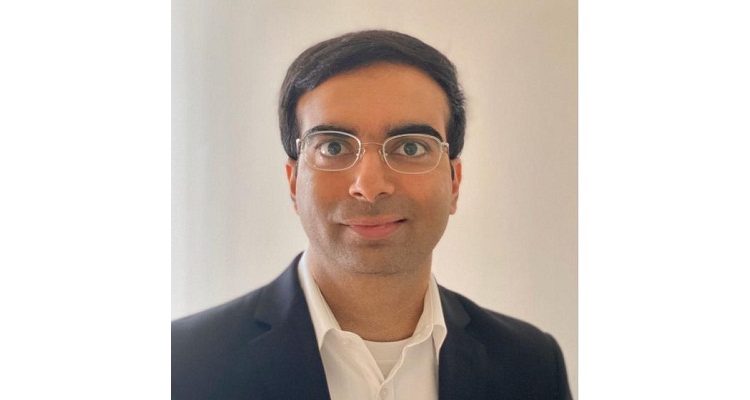 Rapid industrialisation may have helped us innovate and create products that have immeasurably improved our quality of life, but it has come at a price. This industrialisation has inadvertently led to the release of various chemicals into our natural resources, affecting our soil, air and water. Some of these chemicals, often called emerging contaminants, are compounds that we didn’t know were present in our environment until recently but have the potential to adversely impact the ecosystem as well as human health. A well-known example of emerging contaminants is microplastics. For several decades, we have been disposing of hundreds of millions of tons of plastic every year into the environment. This plastic gets further broken down into micro-sized versions, thus entering our ecosystem with potentially adverse health effects. Another form of emerging contaminants that have come to the fore are disinfection by-products.  These contaminants can form when disinfectants like chlorine react with organic compounds in the water, during the disinfection process to form toxic by-products.

To understand the effect of emerging contaminants in the environment better, let’s take the example of pharma drugs. The overuse of pharma products, created to fight against microbes that cause diseases could lead to these same microbes becoming resistant to them in time, thus rendering them ineffective. Thus, the consequences of failing to control emerging contaminants could not only lead to severe contamination of our soil, water and air, but they could also have other unintended consequences.  Per- and polyfluoroalkyl substances or PFAS, are another class of emerging contaminants. These chemicals are man-made and have been used since the 1940s in many applications including firefighting, nonstick cookware, outdoor clothing, furniture and personal care products. However, they have recently been shown to be persistent and potentially adverse to human health with their presence almost ubiquitous globally.

Identifying and mitigating the risk of emerging contaminants

In order to reduce or eliminate the threat of emerging contaminants in the environment, source control and prevention are crucial. Many of the chemicals we use, that enter the environment do actually have intended beneficial uses in the first place such as pharmaceuticals. Hence, we must balance the use of chemicals that are implied in our daily life for the betterment of human life with their saturation in the environment.

In order to check for their presence in our natural resources and regulate them, emerging contaminants are required to be measured, typically at nanogram per litre levels.  However, some of these emerging contaminants can be toxic and hazardous to human health, even at such low-level concentrations. Over the years, analysis tools built by life sciences and diagnostic companies such as Agilent, have become more sensitive, robust, and accurate, allowing researchers to identify and characterise contaminants more effectively. These contaminants can be analysed using instruments such as Agilent’s tandem quadrupole mass spectrometer (MS/MS) or quadrupole time-of-flight mass spectrometer (Q-TOF) that is coupled with gas chromatography (GC), or liquid chromatography (LC). These systems help to simultaneously measure hundreds of emerging contaminants at the same time. The instruments, along with the software they work with, can be an extremely powerful tool to identify new and emerging contaminants that we previously did not know were present in the environment.

Currently, one of the limitations of in-lab testing is that it has to be done inside the lab, and hence, for environmental samples such as water, air or soil, they have to first be collected at sufficient quantities in the environment. In the near future, the ability to measure emerging contaminants in the field itself will be likely and incredibly beneficial.  Analysis can be carried out with the use of more sensitive instrumentation, robust sampling techniques and also more enhanced, superior software. Effect-directed analysis (EDA) is another promising area when it comes to the future of environmental testing. EDA consists of water, air, or soil samples being taken and run through a list of biological assays with known toxicity endpoints, in order to determine if the samples are toxic to any of those endpoints. If they are tested and identified as being toxic as per any of the endpoints, the samples are further analysed chemically. Hence, this approach allows regulators to prioritise what chemicals need to be regulated, thus not only improving prioritisation of regulation but also determining how chemicals are actually measured and monitored in the environment. In a nutshell, such cutting-edge identification and analysis technologies will play an essential role in improving our understanding of emerging contaminants and help guide the next steps to control and regulate them.

Gilead may soon buy Immunomedics in deal over $20 billion