Dr Dhananjay Bakhle shares a rebuttal to an article, 'Explained: What works (and does not) in Covid treatment', written by Dr Satchit Balsari and Dr Zarir Udwadia and published in The Indian Express 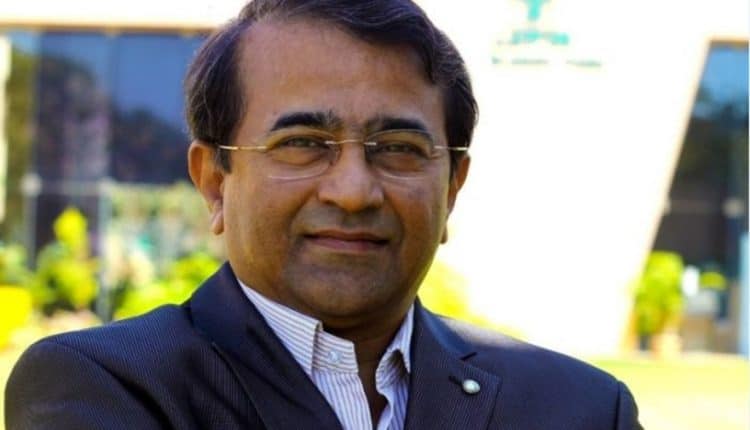 According to the authors of this article published in the IE, the only drugs that have “shown to be effective in well-designed studies” are remdesivir and dexamethasone. None others have qualified for this honour. Since there are specific negative recommendations in this article for some drugs like hydroxychloroquine (HCQ) and ivermectin, the cheapest amongst the bunch, while there are high recommendations for the two most expensive viz. remdesivir and tocilizumab, the need for this rejoinder. It also appears that this seemingly unfair justification is done in the name of science and evidence without actually citing any evidence. This assumed lack of evidence in the eyes of the authors doesn’t bode well for upholding science, considering the wealth of data that exists in favour of repurposed drugs like hydroxychloroquine. It is well understood that such a narrative is supercharged in American political theatre. It is visible in this article which has a clear Harvard connection. It is also appalling that the “scientific” reason quoted for not using HCQ is the statement, “Trump may have stopped taking it by now – and so should you”. Such advisories from leading clinicians are not just surprising but also representative of the absolute power that is wielded by elite medical experts without being accountable to produce necessary medical evidence that would be required to convince the masses why such cheap, safe and effective treatments won’t work.

To be fair to the appraisal of such repurposed drugs amid a deadly pandemic, one needs to rise above the prejudices that doctors may harbour in the background of unfortunate politicisation that happened in the US which is facing elections in a few months. To get such an angle into a scientific debate and in an article that claims to be a compendium will not just crush the hopes of people, but also indirectly ridicule Indian premier institutions such as the ICMR which has repeatedly endorsed its (HCQ) use for both prophylaxis and therapy and also expanded its use from time to time. According to Dr Anand Bhave, a member of Thane City COVID Task Force, thousands of doctors in India are taking the drug every week for months and also using it for the milder cases under their care. He told me that the clinical impression of these doctors, resulting from these several months of observation, is that use of HCQ for prophylaxis tends to reduce the chances of severe disease, even though it does not prevent infection totally. Thus, it would have been useful to go into the details of the science behind its use and the actual experience of hundreds of clinicians around the world, who have been using it successfully for the last few months, producing study after study, that is in the public domain for anyone to see and nicely compiled on a website https://c19study.com.

Before we go into these positive clinical trials on hydroxychloroquine combinations, it is extremely important that we look at the two studies quoted by Dr Udwadia and Dr Balsari in their article and quoted as “compelling data from multiple large clinical trials including the WHO’s SOLIDARITY and UK’s RECOVERY trials”. Solidarity is WHO’s trial that abruptly stopped the HCQ arm after “The Lancet” (top medical journal) published a fraudulent study on purportedly over 96,000 patients from 671 hospitals from seven continents showing increased deaths due to hydroxychloroquine. This study authored by another Harvard Professor was declared desk research using meta-data that was fudged and was busted within a week, resulting in The Lancet retracting that article which was disowned by the authors themselves. This led to the WHO restarting the Solidarity trial on June 3 with HCQ. Having swallowed such a massive embarrassment, it was no surprise when the WHO declared on July 4 that they are again discontinuing the HCQ arm in hospitalised patients which was a wrong group to administer this drug in the first place. In this July 4 announcement, the WHO also clarified that this discontinuation won’t affect their possible evaluation in other studies of the use of HCQ in non-hospitalised patients or as pre- or post-exposure prophylaxis for COVID-19. This fact seems to have conveniently escaped the scientific scrutiny of both authors despite clear mention in the WHO press release of July 4.

Let us now understand the “UK’s Recovery” study as it influences several doctors in India. The reason to spell this out is because of the brutal facts emerging about such authorities which are failing many of us who believed in them for decades. It would be shocking for you to know that this Recovery study gave an inhuman dose of 2400 mg of HCQ to the patients whereas the ICMR recommends one-third of such a dose even as a loading dose to be reduced to 400 mg per day from Day 2. This was a known toxic dose and the doctors behind this study have still not been able to explain why such a large dose was chosen but they simply declared that HCQ wasn’t safe and hence the trial arm was discontinued. In one of his interviews captured by France-Soir, Prof Martin Landray (Principle Investigator of RECOVERY) is heard saying that he took this massive dose from the use of HCQ in Amoebic Dysentery, which is blatantly false. In fact, Dr OP Kapoor’s book on Amoebic Liver Abscess quotes the dose of chloroquine as 600 mg (base) for the initial two days and reduced to 300 mg thereafter. It is well known that HCQ is much safer than chloroquine which has been used in India for malaria for over 65 years. The UK will possibly see many court cases from patients and relatives affected by such toxic doses in Recovery trial. Thus, both examples given by the authors have already been tainted in the field of clinical research but the laypeople are not aware of the same, hence this elaboration.

On the other side, I would like to request interested readers to go to the c19study.com website to see for themselves the clinical trial data that has been generated by different investigators in different countries. These studies have been done by clinicians who have no vested interest, unlike the remdesivir data that comes from only conflicted parties and is scantier than HCQ which has no big backer behind it to support media campaigns and orchestrated publicity. We have seen such ballyhoo for remdesivir around the world with its first $2 billion order secured from the US govt and projections of $7 billion sales unveiled by its maker. Such market aura is totally disproportionate to the data in only 538 patients which secured its approval, even though the 14-day mortality was not significantly different from the placebo group. So, it will mostly be the Robin Hood represented by HCQ which may win this war at the primary care level. As the legendary heroic outlaw, it might be orphaned by establishments, but this warrior has the strength and substance that needs separate coverage to the science and clinical evidence behind it. I plan to write a full appraisal in the next article of this series.

Lastly, I would like to quote a meta-analysis (pooled analysis) published by the French Virologist Prof Didier Raoult covering 20 different studies on hydroxychloroquine use in over 19,000 Covid19 patients from nine countries that showed a three-fold reduction in mortality. This appears as a contrast to the demonised image of this drug that is being created amongst the minds of people. It is not my attempt in this rebuttal to address the safety and efficacy of this wonderful drug. The idea was to only rise to its defence since it can provide hope to end this pandemic that was decisively crushed in the article critiqued here. Udwadia and Balsari ended their article with the famous quote “Primum non nocere” (first do no harm), that applies perfectly to this imbroglio of HCQ in COVID-19. By falsely vilifying its reputation of safety gained over 65 years of its use in malaria, rheumatoid arthritis and systemic lupus erythematosus much harm will be done in our fight against this deadly pandemic at the frontline of primary care. It will only suit more expensive but less studied drugs like remdesivir without equal merits since it couldn’t even secure approval to treat Ebola for which it was developed and is only being repurposed for COVID-19, a fact that very few articles point out.

About the author: Dr Bakhle heads a medical research group of an Indian pharma company. He is profiled in a book “Thought Leaders” published by Tata McGrawHill in 2000. The views expressed here are his own and do not represent the views of the organisation where he works.

(Conflict of Interest: The company that he works for exports hydroxychloroquine to the US but does not market in India)

DPX-COVID-19 has potential to improve duration of immune response