Professor Sir Keith Burnett, Chair of Study Group UK and former Head of the Division of Maths and Physical Sciences at The University of Oxford observes that the COVID-19 vaccine developed by the Oxford University is an outcome of a global collaboration between the academia and major pharma companies as well as the scientists establishing a global manufacturing network primed for action as soon as the successful results were in 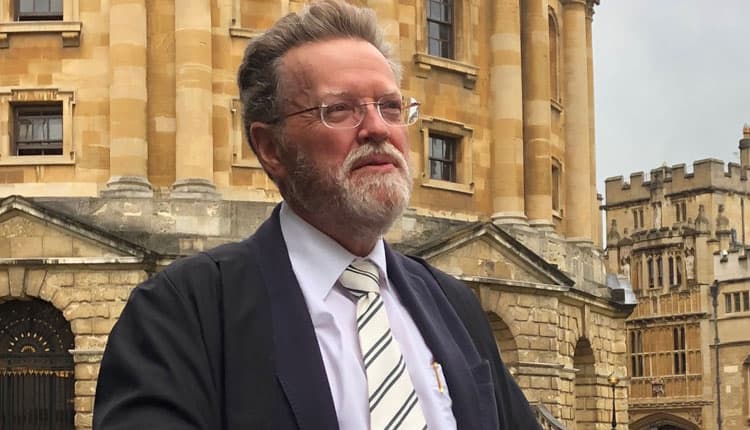 Was there ever a time when the whole world more desperately needed a medical breakthrough or longed for the triumph of Science? In the search for an effective vaccine against COVID-19, medical science has faced its most urgent challenge in living memory.

The news of the approval of the Oxford Vaccine is not only important for the university and the UK, but the whole world indeed. The university, in collaboration with AstraZeneca has been committed to providing the vaccine on a not-for-profit basis for the duration of the pandemic across the world, and in perpetuity to low and middle-income countries. This scientific triumph will potentially save millions of lives, and give us back our freedom for so many things that have been curtailed during this pandemic.

What the public knows about medical breakthroughs is often restricted to the textbook stories of childhood. We know Alexander Fleming discovered antibiotics by chance or that Edward Jenner’s observation of the link between cowpox pus and smallpox in humans helped him to create the smallpox vaccine. There is a tendency to assume the great scientific and medical stories which transformed our world are always accidental, unexpected.

Yes! luck helps. But it is a joint effort of laboratories, technicians, manufacturers and those big enough to take a large scale financial risk to develop medicines at scale. There are times to mobilise the little ships of crowd-sourced public science, but developing a vaccine that can be rapidly manufactured at a vast scale is not one of them. For that, one needs a scientific army, which is international in scope and has a general at its helm that can deploy the resources and connections. Professor Sir John Bell is a testimony to this statement who came to the UK first as an international student and then went on to become the Professor of Medicine at the University of Oxford.

The university today is celebrating the approval of the vaccine developed by Sarah Gilbert, the Professor of Vaccinology in the Jenner Institute. The vaccination is an outcome of a global collaboration between the academia and major pharma companies and the scientists establishing a global manufacturing network primed for action as soon as the first successful results were in. Here global science and manufacture will make delivery possible, as India speeds ahead with the production of vaccines at scale.

Yet, we should also pay tribute to those who long ago laid the foundations for this life-saving achievement. This extraordinary scientific capacity, which promises to transform the health and life of the world owes everything to the vision of a university resident who never studied in its colleges. A self-made businessman who loved the company of doctors, William Morris – later Lord Nuffield – would endow his home University by funding the Chairs of Medicine which would transform its medical research. Having stepped up to the plate to support Churchill’s war effort in the 1940s, Lord Nuffield’s contribution once again proved critical in our hour of greatest need. And John Bell, who became first the Nuffield Professor of Clinical Medicine, has in his turn served at the forefront of the global effort for the health of our entire workforce.

While the vaccine cannot bring back our lost loved ones and those who risked everything for our care, it will allow us to restore our freedom to move across our towns, country and across the world. The older generation will hold their grandchildren without fear. Students will travel across the world to study and make friendships. A vaccine will not only save lives now but be fundamental to our economy, and with it the jobs, futures and lives that have been so hard hit.
Medicine is truly Sans Frontières and the instinct to serve others is universal, not nationalist. Some things cannot be done by nations alone, they demand true international cooperation.

When the story of this battle against infection is written it will have its heroes and heroines past and present – they will incite Jenner, Nuffield, Bell, Gilbert and the manufacturers of big pharma companies around the world to whom we will owe our freedom.