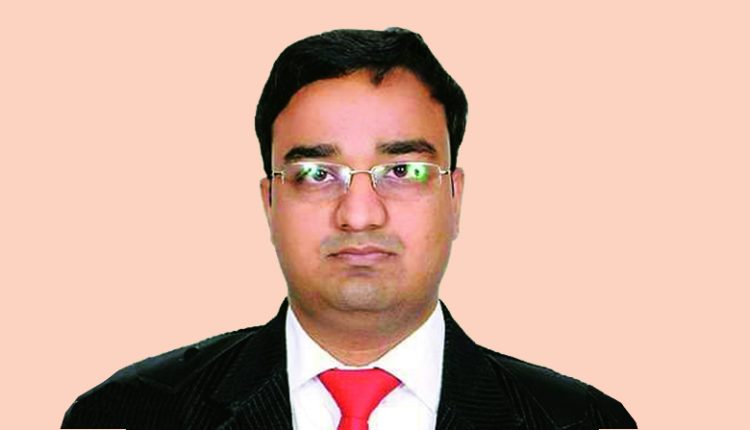 In the last two years, the number of Jan Aushadhi Kendras (JAKs) has increased from 1,080 to 5,055, along with a turnover of Rs 315 crores in 2018-19. Sachin Singh, CEO, Bureau of Pharma Public Sector Undertakings of India (BPPI), tells Akanki Sharma about how JAKs are growing and what’s more in the store

Can you tell us how many people have benefitted through Jan Aushadhi Kendras (JAKs) across India till date? Also, how many of these have been opened by the government and private organisations?
On an average, the prescription size of a Jan Aushadhi Kendra (JAK) in a month is almost 250. There are 5,500 kendras across the country which benefit more than two crore people. As of now, 847 JAKs are working in government premises (these might be run by private entrepreneurs too) and around 4,700 stores are working in private premises – all manned and operated by private entrepreneurs.

Despite the dire need for affordable medicines, according to some media reports, the government’s Pradhan Mantri Bhartiya Janaushadhi Pariyojana (PMBJP) is yet to make an impact. Why is it so?
In the last two years, the number of JAKs has increased from 1,080 to 5,055. If you compare, there is not such a rapid growth in any other government institution inspite of the fact that we are taking minimum funds from the government. And, as far as turnover is concerned, we have come from Rs 4.33 crores in 2014 to Rs 315 crores in 2018-19. For this year, we have already crossed Rs 1.25 crores and expect to reach a target of about Rs 500 crores. People are purchasing our medicines and thus we have such a huge turnover. Moreover, we are making a significant impact in terms of market sense. This is because in India, there is a pharma market (domestic sales) of around Rs 1.30 lakh crores. Out of it, there is about seven per cent market of GMP medicines, that is near about Rs 8,000 crores and out of this, we are having a target of Rs 400 crores. So, if you compare it with the overall size of the market, yes, it will take time to grow since it is not a free-distribution scheme. If the government permits us to distribute medicines free of cost, we can distribute medicines worth Rs 10,000 crores. However, we are not distributing for free. We have to compete with the private players and earn our profits. We are procuring medicines through tenders, earning our margin and then selling. Nevertheless, we get our medicines at comparatively low cost as our procurement is large and we are not profiteering too. We are just making a margin that can meet our expenditures.
Talking about the quality, we are providing better-quality medicines as compared to the private sector. In India, there are about 18,000 pharmaceutical companies. Out of that, one-third/one-fourth companies are giving WHO-certified GMP facilities and our procurement is done via only these one-third/one-fourth companies.

Can you name some of these companies?
Cipla, Cadila, Abott, Biocon, Wockhardt are some of the major companies that are supplying their products to us.

What is the reason that you are not able to get enough funds from the government?
PMBJP is not a scheme which you require to run for two or five years. If one wants to run a scheme for two, three and four years, the government can provide funds but if it is forever, one has to have a self-sustainable model. The government is providing funds to us but that is only for marketing, providing incentives and media publicity. However, for procurement of medicines and self-sustainability, we are earning our own profits. We are yet to make a significant impact, but the impact is coming. Firstly, JAKs are creating an awareness among the minds of citizens that medicines available there are same as their branded counterparts, and secondly, we have thought that in future, we will act as a catalyst for overall reduction of drug prices.

Do you face any challenges regarding the procurement of medicines at JAKs?
If I need a medicine, it takes about six to seven months for the tender to pass. Mujhe ek dawa chahiye, uska tender karne mein mujhe chheh se saat mahine lagte hain. We need to start our planning prior to one year of the ending of the stock. So, obtaining 1,000 different kinds of medicines and surgical devices under the government norms is indeed a challenge for us but we patiently overcome it.

What general steps are taken to make people aware about these stores, especially the people in rural areas?
We have a restricted budget of Rs 6.5 crores for awareness campaigns. Nevertheless, we are using social media as a tool. We have a large number of followers on Facebook where we upload a post every day informing common people about our initiatives. In addition, we post messages on WhatsApp which are sent to JAK storekeepers, who further inform people to keep them updated. We are using social media effectively by also releasing our advertisements daily in English as well as in Hindi.

Does India have any mandatory regulations for domestic drugs? Who takes care of the quality of medicines at JAKs?
There is an Indian Pharmacopoeia (IP), and medicines are supposed to be manufactured according to it. It comes in the concurrent list of the Drugs and Cosmetics Act. Drug inspectors of state governments check whether the medicines have been manufactured as per IP or not, while also keeping an eye on quality parameters.

When it comes to JAKs, we are more stringent. We check the products on our own too by doing random sampling. For this, we involve NABL-accredited independent labs. If a company fails the test, we blacklist it and deduct their money. 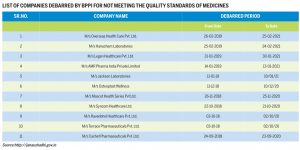 Have any of the companies been blacklisted yet?
In the past six months, we have debarred 11 companies (see the table) and one firm named Athens Life Sciences has been blacklisted from January 31, 2019 to January 30, 2024. The details of the same are given on our website.

What’s next in the pipeline?
Our target is to cover all the districts of India by the end of this year. Currently, we have JAKs in 684 districts out of a total of 723 districts. Also, by 2024, we want to have 10,000 jan aushadhi stores with a turnover of Rs 10,000 crores per annum.

“Act as if every day is an audit”