The Indian Pharmaceutical Industry: Pride and Growth Lever of India 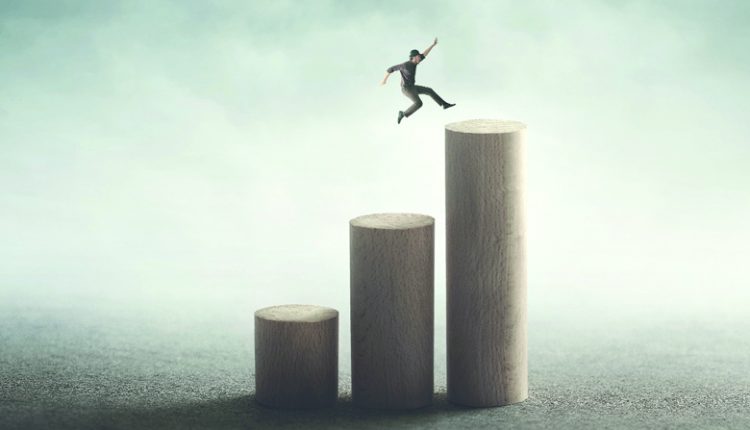 The Indian pharmaceutical industry has achieved tremendous growth over the years and has made massive impact on the global market. Today, India is the pharmacy of the world and supplies over 60 per cent of global demand for various vaccines and ARV drug supplies, 30 per cent of UNICEF’s annual supply globally and about 60 per cent-80 per cent UN purchases of drugs come from India. India also contributes approximately 57 per cent of APIs and 69 per cent Finished Pharma Products (FPP) to the Pre-Qualified list of WHO. The Indian pharma industry contributes nearly 40 per cent of generic drugs requirement in the US and 25 per cent in the UK.

The Indian Patents Act, 1970
The Patent Act, 1970 was the first Patent Act in independent India. The Act had provision for only process patent and did not allow for patenting of the end product which enabled manufacturers to develop alternative processes for proprietary products that were already in the market. Another important feature of the Act was that it provided for a shorter term for patent protection. Both these features helped Indian pharma industries to flourish.

The Drug Policy, 1978
The Drug Policy of 1978, along with the Price Control Order of 1979, were landmark events for Indian pharma industry. The policy not only set up a National Drug Authority but was also drafted to give a ‘Directional Thrust’ to the Indian pharma sector. It aimed at maximising production of bulk drugs locally, providing leadership to the public sector undertakings (PSUs), reduction of imports of bulk drugs, encouragement for growth of local industry, reduction in selling prices of essential drugs and their formulations. The Policy had a stimulating feature which emphasised on ‘production of bulk drugs by high technology’. This compelled multinational companies and large Indian companies to produce newer bulk drugs with the
objective of marketing formulations thereof from the ‘basic’ starting materials. The basic starting materials were either available locally or could be produced utilising local materials. The Policy fuelled the growth of pharma Industry in India.

Hatch-Waxman Act, 1984
The enactment of Drug Price Competition and Patent Term Restoration Act – better known as the Hatch-Waxman Act, by the US Congress in 1984 was also very significant. Even though it was enacted in the US, it paved the way for spread of generic medicines over last two decades and is crucial for Indian generic industry. The Act seeks to streamline the process for generic pharma approvals and preserve incentives for innovation, including the creation of a procedure for patient litigation involving generic pharma. The Hatch-Waxman Act established the legal and economic foundation for today’s generic pharma industry.

Economic Reform in India, 1991
In 1991, India launched giant economic reforms and stepped into globalisation. These economic reforms propelled market liberalisation, synergising Indian industry with the world economy. This also marked the end of the ‘License-Raj’, thereby allowing industry more freedom in the Indian market, creating leverage for domestic players and allowing market competition to drive product excellence. The Indian pharma industry benefitted from these reforms as this period of liberalisation allowed Indian industries to launch operations in foreign countries. Ever since these reforms took place, the Indian pharma industry has grown exponentially and today exports medicines worth $19 billion across the world.

The economic reforms in India also coincided with establishment of World Trade Organisation and its Agreement on Trade Related Aspects of Intellectual Property (TRIPS). India’s accession to the TRIPS Agreement led to fundamental changes in the country’s patent regime. However, the Government of India was able to utilise the flexibilities of the TRIPS Agreement to its advantage in public interest. India introduced two provisions in the amended Patents Act – i) Section 3(d) that does not allow patents on minor modifications of existing products and ii) possibility for the granting of compulsory license in certain circumstances. Both these provisions have stood scrutiny, including by the highest court of the land. The amended Patent Act, which is TRIPS compliant, has sought to balance between pharmaceutical innovation and affordability of access to medicines in public interest.

Furthermore, the pharma industries in its entirety and some of the leading companies have demonstrated significant improvement in R&D intensity since previous decade. An indicator of better performance of the industry has been the increase in its patenting activity. Also, the leading companies continue to expand their presence both in domestic and international markets, notwithstanding the uncertainties they faced following the introduction of TRIPS compliant patent regime.

Entrepreneurship which helped leverage local manufacturing
In 1991, the government of India liberalised the economy and this changed the competitive landscape. The business opportunities in India increased manifold. While the existing entrepreneurs/business families adapted to new economic policy to not only survive but compete against the MNCs, a good number of new entrepreneurs seized the opportunities and grew from small-scale to a big company. The businesses, today, have increased access to venture and growth capital and hence are able to create wealth for the company. The pharma sector also thrived in this entrepreneurial era to produce many well-known companies that continue to grow.

The Indian pharma industry’s success has been built on the foundations of its unique capabilities in vital areas of the value chain, such as manufacturing, product development and process innovation. Having achieved this unique distinction, the Industry now needs to ensure that enabling environment is created to fuel its growth over the next two decades. At current rates of 7-8 per cent CAGR, the industry can grow to about $80 to 90 billion by 2030. If India sets an ambitious target of 11-12 per cent CAGR, it is possible to grow to annual revenues to about $120 to 130 billion by 2030. However, what got us here will not get us there and growth will require multiple growth cylinders to fire simultaneously. Going forward, India will not only need to grow but will also need to move up the value-chain. This comes with its own set of challenges, however, concerted efforts and stronger collaborations between all stakeholders can accelerate growth.

Therefore, the industry needs to take the follwoing five steps for sustained growth over the next 25 years:
Exploring newer markets: While the industry has made a mark in export markets such as the US and EU, the next wave of growth is likely to come from increasing exports to large and traditionally under-penetrated markets such as Japan, China, Africa, Indonesia and Latin America. For example, the Japanese pharma market was worth over $85 billion
in 2018, in which the Indian pharma companies having a share of less than one per cent.

Expand collaboration with international agencies: As Indian pharma industry aspires to grow further and explores new markets; a deeper relationship with respective governments to create enabling regulatory environment is important. The regulatory authorities in India will have to foster deeper relationships with their international peers. One way of doing this is to strengthen the exchange of best practices with global peers by at participating Pharmaceutical Inspection Convention (PIC) and ICH so also collaborating with regulatory bodies of other countries. This will improve quality perception of Indian drugs and help expedite approvals for industry.

Improved access to medicines: Improving access to medicines will broaden possibilities for all healthcare ecosystem players. In this context, efforts should be in the direction of accelerating universal healthcare access by strengthening the healthcare infrastructure using digital technologies. Further, the government could increase expenditure on healthcare to 2.5 per cent by 2025 from one per cent of GDP now and to five per cent by 2030, in line with the other developed economies in Europe and North America. This will help in improving the accessibility of medicines and healthcare facilities at affordable price to public.

Up-skilling: The industry has now moved beyond simple generics. Innovating and pursuing opportunities in newer classes of products such as biosimilars, gene therapy and specialty drugs would fuel the growth of the industry. There is limited supply of talent pool with advanced skills and there also exists a gap between the college curriculum and industry’s requirement. In this context, intervention to build ‘at-scale’ capability building programs to create an industry-academic collaboration will prepare a talent pool.

Promote innovation:
Create a research ecosystem that is supported through competitive tax breaks on R&D investments, technology transfers, besides targeted regulatory simplifications, will propel sustained growth. Such an ecosystem will incentivise the industry to build a strong innovation pipeline (with two to five new molecular entities launched or in late clinical trial phases and 10–12 incremental innovation launches per year by 2030). This will make Indian pharma industry move up the value chain and increase its significance beyond generics, to biologics, new drug development and incremental innovations.

The way forward Indian pharma industry has earned the reputation of being a reliable and high quality supplier of drugs across the globe. The industry has played a key role in improving access to affordable medicines in India and across the globe, while also making significant contributions to Indian economy. A clear aspiration for growth and concerted efforts among
Indian pharma companies, government and regulatory agencies, can unleash the huge potential of this knowledge-driven industry.