At Cadila, they beat the heat with HappyShift 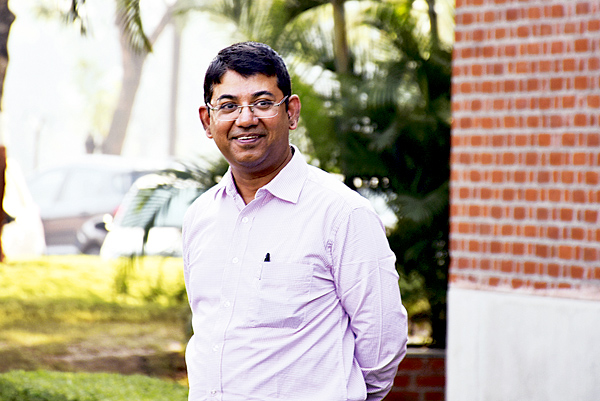 As a first in the pharma industry, Cadila Pharmaceuticals recently declared a summer break for its entire staff from May 22 to May 25. The four-day holiday, called HappyShift, is revolutionising in an industry where stringent manufacturing timelines leave little scope for such incentives. Tarannum Rana, in conversation with Dr Sunil Singh, CHRO, Cadila Pharmaceuticals, finds out how the company planned and executed the holiday, and highlights the take-aways for the industry at large

What inspired the management to come up with the idea of a ‘HappyShift’?
We have heard about various companies trying to radically transform their organisations and during this process, there is confusion and chaos in the form of opinions, buzzwords and rumours. At times, a gap forms between the intentions of the management and the outcomes,which is something we absolutely wanted to avoid. We are facing a time in our industry where transformation is very important to us. We have seen a huge turnaround in our business in the last 12 months. To sustain this phenomenal momentum, we decided to get creative. For any idea to be implemented successfully and contribute to Cadila’s growth story, it was imperative that all employees come together and be on the same page. The idea of HappyShift was simple- take small measurable steps to change the prevailing systems, as opposed to making radical moves which unsettle the employees or the company’s growth – hence the name HappyShift. Furthermore, one of the main pillars of HappyShift is to drive the idea of ownership among employees. Whether it is their personal or professional life, ownership is that one thing which helps people grow. We want to ensure that this culture is prevalent across all Cadilians. We facilitate employees to be resilient enough to bounce back and show inner fire with new ideas and energies.

How did you work out the strict timelines of the pharma industry to accommodate HappyShift?
Planning played a considerable role in successfully implementing the four-day summer break. Accordingly, operations planned its inventory, R&D planned its testing schedules and sales and stocks were carefully planned in advance.

How did Cadila plan to keep the production line shut for four days?
Inventory for the month prior to the holiday had been calculated carefully and worked upon across the region. The plans and deliverables for all the teams — including marketing, finance and even HR — were firmed up well in advance. We had over four months to plan this as we had announced the summer break internally in January 2019. This helped everyone manage their work better and people could freely enjoy their break.

What kind of impact/returns does Cadila hope to get from the ‘HappyShift’?
One of the biggest ideas that we want to drive home through our initiatives is that we are a performance-driven, employee-friendly organisation for employees who take ownership and pride in their work. We want the employees to be proud of where they work, outperform their peers in the industry and enjoy their time off. Ultimately, it