As COVID-19 continues to extract its price, will a more aware patient pool build up public opinion and turn the tide? 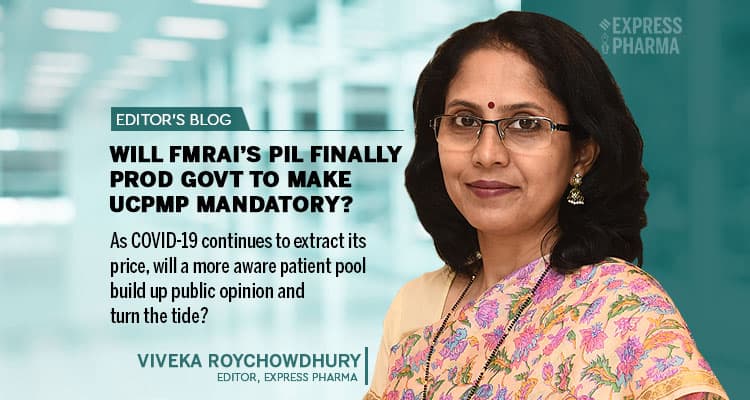 The Federation of Medical and Sales Representatives Association of India (FMRAI) had filed a PIL in the Supreme Court in March, asking the government to make the Uniform Code of Pharmaceutical Marketing Practices (UCPMP) a statutory code.

As per reports, the PIL shows that the top seven pharma companies together had spent Rs 34,187 crore in marketing over eight years. The data cited in the PIL shows that these costs make up 20 per cent of the cost of drugs and include direct and indirect benefits to doctors such as gifts, entertainment, trips, and hospitality.

The PIL, therefore, seeks to make pharma companies criminally liable for bribing doctors through freebies, as in this situation, the customer pays for branded medicines that are “over-prescribed” or “irrationally prescribed” by doctors, as per the PIL.

The PIL’s rationale that a statutory basis to UCPMP will provide transparency and accountability in the process is a given. However, the UCPMP has remained a voluntary code for over a decade. Each time previous such PILs prodded the government to make it mandatory, industry associations gave assurances that the code was the best self-regulation strategy.

However, this time, as COVID-19 continues to extract its price, will a more aware patient pool build up public opinion and turn the tide?

The FMRAI’s PIL got a fresh lease of life when Micro Labs, makers of one of the most visible brands of the COVID times, Dolo-650, was hauled up in early August by the Central Board for Direct Taxes (CBDT) for tax evasion. The CBDT accused the company of distributing freebies worth Rs 1,000 crore to push prescriptions of Dolo-650.

In media reports, Jayaraj Govindaraju, Executive Vice President of Marketing and Communication for Micro Labs has rubbished these allegations, reasoning that it was unfeasible to spend that sum on marketing when his company’s turnover during the COVID year was Rs 350 crores. While allowing that the sum would be in the range of around Rs 5-6 c