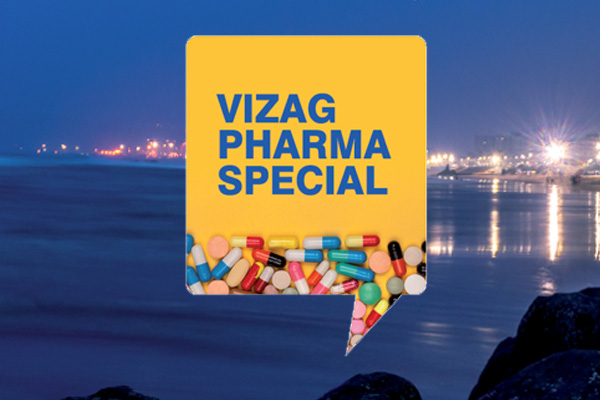 By 2020, many branded medicines are going off-patent and there will be an ocean of opportunities for big- and medium-sized pharma companies in India. The rising number of 483s is a big concern. However, Vizag-based pharma manufacturing units have a minimal number of critical observations in nature. KV Rajendranath Reddy, Director General, Drug Control Administration, Government of Andhra Pradesh, talks to Usha Sharma about the growth potential for pharma companies in the state

Early last year, several top pharma companies faced regulatory compliance issues and received 483s from the US FDA. As a regulator, what steps are you taking to ensure more compliance to the pharma industry?
A majority of the pharma manufacturing sites located in Vizag do comply with current good manufacturing practice (cGMP) norms as per Schedule M of the Drugs and Cosmetics Act, 1940 and most of them are also ‘WHO GMP Certified’ complying with WHO-TRS guidelines. As many as 20 units are certified by US FDA. Most of the observations by US FDA auditors for the units in the Vizag area are not critical or major in nature. The units concerned submitted their compliance in due course of time, which were again examined by the US FDA and were given certification. Periodical inspections by the inspectorate of this department either individually or jointly with officers of the CDSCO, are being taken up and the review of such reports by both the agencies has brought more depth in specific observations noted during the inspection with respect to the level of compliance to various provisions and the subsequent CAPA by the industry. The pharma industry is gearing up to the rapidly-changing regulatory environment/ norms. The industry has complied with the data integrity issues raised by the US FDA few years ago and the state regulators are working as a facilitator to industry in every possible manner.

What initiatives have been taken and initiated by the state drug controller authority in order to accelerate the growth of pharma exports from Vizag?
The state government, for the past two years, has brought in the concept of issuing of licenses and approvals by various departments concerning the industry, including the drugs control department through single-desk portal only, without the need for physical touch point. The manufacturing licensing services were brought under the Service Delivery Guarantee Act to ensure the speedy/timely processing of the required clearances so that the industry can get the export registrations in a timely manner, wherein the Service Level Agreement (SLA) is a maximum of 15 days for grant of drug licenses and till now 38 units were issued with the grants through the Single Desk Portal and the state of Andhra Pradesh was ranked number one in the ease of doing business. Inspections pertaining to the issuance of new WHO-GMP certifications or the renewal of the earlier ones, along with the COPP, are being taken up on priority by coordinating with officers of the CDSCO which will eventually enable their products for export to various destinations.

Give us the update on ADC/drug inspectors appointments at Visakhapatnam air and sea ports. Also, tell us if it will improve the pharma export performance?
Though the matter concerning the appointment of the officers at air/sea ports is not under the purview of the State Drugs Control, it is to mention that officers of the rank of Assistant Drugs Controller and Drugs Inspector from the CDSCO were posted at Vizag port office with other Assistant Drugs Inspectors (keeping in view of the industry needs present in Vizag as against the operation from their Hyderabad office), which will expedite the process of verification, clearances and certification, thereby facilitating the exporters from time to time. It is pertinent to mention that the timely requisite regulatory audits by the officers of the state and the CDSCO necessitating the above certifications are being overseen by an officer of the rank of the Joint Director, Drugs Control Administration from the state, in line with the licensing authority, which are as per the SLAs and will certainly boost the performance of the exports from that part of the state.

The state government is planning to set up three Mini Life Sciences Park within next three years. What is the mandatory procedure to begin with manufacturing process?
The concept of Mini Life Sciences Park and its establishment is still in the nascent stage and the companies trying to establish one, ought to have their clearances ready as envisaged under various other laws through the Single Desk Portal only. Further, as such the manufacturing process with respect to pharma, begins only with erection of the unit with all such infrastructure, instruments and equipment for the manufacture and testing of drugs in place, initially for the test scale and later on pilot and commercial scale. Prospective manufacturers shall take a test license for conducting the product development studies and stability studies and the facility shall comply to the Schedule M of the Drugs and Cosmetics Act, 1940 and Rules, 1945 requirements. As informed earlier, the licenses for commercial scale will be issued within 15 working days after having applied through Single Desk Portal of the Industries Department of Andhra Pradesh and after being satisfied with the compliance level of the provisions of Schedule M under the Drugs and Cosmetics Act, 1940.

As a drug regulator, what is your message to the pharma industry in Vizag?
There is a tremendous opportunity for the pharma industry to look for the those molecules which are going to be off-patented in 2020 and beyond, and the time has come for MSME pharma industry to embrace the latest technological advances in the pharma sector and to upgrade themselves to the international standards. This will give them the edge vis-à-vis their peers elsewhere for having all that in place to achieve the regulatory compliance and to access the regulated export markets for long-term sustainability of their industry itself and to ensure the accessibility, availability and affordability of the drugs both in the domestic and international markets.

Sesderma communicates the effectiveness of Lactyferrin Forte Solution for COVID-19