Taking India beyond ‘Pharmacy of the World’ 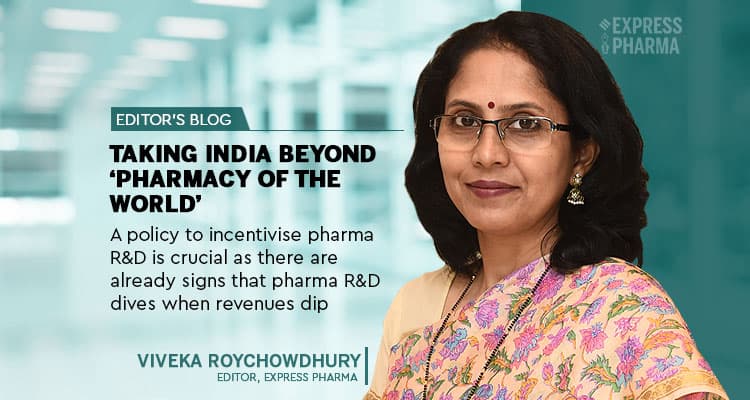 Even as the US revenues contract due to continued high single digit to low teens price erosion in the US generics market, pharma companies are keeping an eye on the evolving situation in a couple of geographies which are on the boil: Ukraine-Russia and Sri Lanka, to name just two hotspots.

ICRA’s recent report puts India’s pharma exports to Russia at 2.5-3 per cent while Ukraine’s is much lower at less than 1 per cent. While not making too much of an impact on the export revenues of India based pharma companies, emerging markets are an important hedge, to prevent over dependence on a few big markets. But the other side is balancing the humanitarian angle of sending life saving medicines when most required, putting lives over revenues.

ICRA predicts that the Indian pharma industry will grow by 8-10 per cent in FY2022 and growth momentum is likely to moderate in FY2023, thanks to contraction in margins due to pricing pressures and rising raw material costs.

The ICICI-direct report based on their pharma universe also has muted expectations, citing logistical delays and high freight cost due to the Russia-Ukraine conflict and closure of China’s port cities amid its ongoing COVID wave, leading to inflationary input costs of solvents, KSM, API cost.

How can India’s pharma sector combat these headwinds? The launch of the AYUSH Export Promotion Council and special AYUSH visas at the recent groundbreaking ceremony of the WHO Global Centre for Traditional Medicine (GCTM) in Jamnagar, Gujarat and the convening of the Global Ayush Investment and Innovation Summit (GAIIS) could be seen as a strategy to add more diversity to India’s exports basket, to balance the headwinds to traditional pharma exports.

Regulators in India are aware that India cannot rest on her past laurels. In fact, Dr Mansukh Mandaviya, Union Minister for Chemicals & Fertilizers, & Health and Family Welfare, Government of India emphasised that the main intention behind the recently concluded 7th India Pharma & Indian Medical Device 2022 was to “decide the roadmap of Indian Pharma and Indian Medical devices sector for the next 25 years to take India beyond ‘Pharmacy of the World’.”

A key milestone in India Pharma Inc’s Vision 2047 roadmap would be reducing India’s dependency on imports for pharma and medical devices, and stressing not just on scaling up manufacturing of generics but putting as much focus, if not more, on innovation and research. Dr Mandaviya indicated that the government is soon to announce a policy aimed at bringing more innovation and research into the country.

A policy to incentivise investments in pharma R&D will be crucial as there are already signs that companies are cutting down on R&D expenses due to thinning margins. The R&D expenses for leading seven companies m