India’s medicine watchdog under the scanner once again

Hopefully, this case will initiate as deep a clean up and introspection as the 2012 PCC report 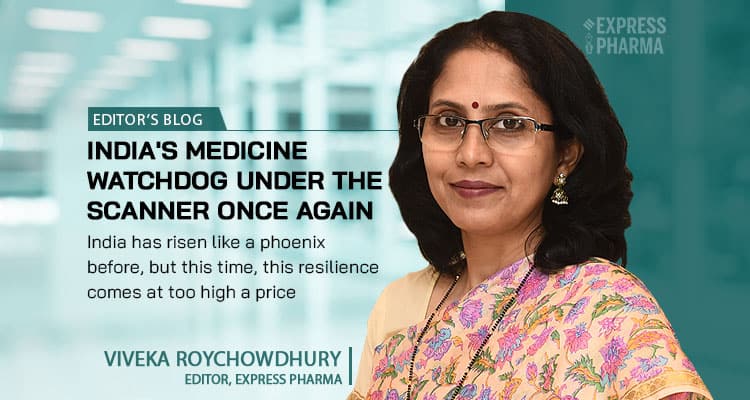 Officials associated with Biocon, the pioneer of India’s biopharma sector, were recently accused of bribing officials of India’s medicine watch dog, the Central Drugs Standard Control Organisation (CDSCO). This is a flashback to May 2012, when the Parliamentary Standing Committee (PCC) on Health & Family Welfare tabled a detailed report on the compromised drug regulatory system in India, uncovering corruption between a slew of pharma companies and CDSCO.

In the decade since, CDSCO has had a digital makeover, with the application process online. But the Central Bureau of Investigation (CBI) FIR’s statement refers to manipulation of the minutes of the meeting of CDSCO’s Subject Expert Committee on Endocrinology and Metabolism, which allegedly benefited Biocon. Clearly, loopholes still exist which make all claims of transparency, ease of doing business, single window clearance, etc ring hollow.

Call it speed money, or bribery, euphemistically referred to as chai-pani, such allegations put a question mark not just on the regulatory processes, but also on the quality of the medicines manufactured and tested in the country.

Reputation damaged, it will be very difficult to pinpoint blame on individuals without the context that the system has been under strain for years. The CDSCO has had a history of being poorly staffed, with high attrition as inspectors cross over to the private sector after a couple of years. Recruitment too is reportedly tough with a few dedicated officers.

For the record, Biocon Biologics has strongly denied the allegations of bribery against the company and its officials associated with the approval process of Insulin Aspart in India. The company statement takes responsibility for not just their employees, but also all their consultants, suppliers and partners who ”are also bound by a strong code of conduct that has a detailed clause on anti-bribery and anti-corruption.”

Biocon has refuted the CBI FIR’s statement that bribes had been paid to Reddy to clear three pending files of Biocon Biologics, explaining that the company’s rationale for waiver of Phase 3 clinical trials of Insulin Aspart in India, basis global clinical trails, was in line with the framework for waiver of Phase 3 clinical trials as per India’s Similar Biologics Guidelines 2016 & New Drugs and Clinical Trials 2019 (GSR 227 E).

The waiver was conditional to a company undertaking a Phase 4 trial, the design of which should be approved by the Central Licencing Authority. In line with the above regulations, Biocon Biologics presented a proposal for import and marketing of Insulin Aspart with a waiver of Phase 3 clinical trial in India. The Company reportedly presented a detailed proposal along with CMC, pre-clinical and clinical trial data.

The Biocon statement quotes from the minutes of the May 18, 2022 meeting of CDSCO’s SEC on Endocrinology and Metabolism which noted that Biocon Biologics has conducted Phase 1 and Phase 3 trials with Aspart in Germany and USA, respectively, and based on the results of this global trial, Biocon Biologics’ product, Aspart, has been granted marketing authorisation by EMA and Health Canada.

The statement points out that the SEC after detailed deliberation, “recommended for grant of permission to import and market the drug with waiver of Phase 3 clinical trial in the country with the condition that firm should conduct Phase 4 clinical trial in India (which also includes a subset population to generate PK/PD and immunogenicity and submit the protocol to CDSCO before placing the drug in the market) as per existing guidelines in the country.”

Biocon Biologics may be able to prove that the approvals were science-based and in line with the guidelines, but what about other similar cases? Are cash exchanges between regulators and pharma company representatives common practice? How many companies’ products will prove to be harmful and slipped under the net due to these practices?

This case should initiate as deep a clean up and introspection as the 2012 PCC report. This could be the best outcome as industry and regulators collectively work to identify and penalise the culprits, close the loopholes and navigate their way out of this nadir.