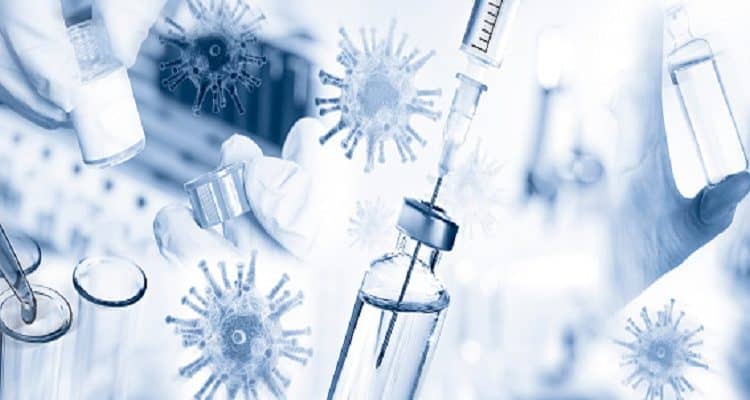 Indian Institute of Technology, Mandi research team, in collaboration with researchers from Virginia Commonwealth University and the University of South Florida, US, has used computational tools to understand an important part of the viral proteome called Intrinsically Disordered Protein Regions (IDPRs). Numerous research groups are racing against time to decode the COVID-19 virus, in order to find cures for the catastrophic pandemic that has paralysed our world today.

The COVID-19 virus essentially consists of the genetic molecule, RNA, enclosed in an envelope made of lipid and proteins.  Once in the host, the virus overpasses the host defence mechanisms and inserts its RNA into the host cells.  Then, the virus hijacks the host cell machinery to use the viral RNA for production of viral proteins in a process called ‘translation’, and the infected cell starts generating toxic viral proteins, which leads to various conditions and symptoms. It is known that proteins provide both structural and functional characteristics to living things and extraneous (viral) proteins can take over the functions of human cells.

Explaining the research, Dr Giri, said, “Intrinsically Disordered Proteins (IDPs), and Intrinsically Disordered Protein Regions (IDPRs) are gaining attention in recent times because they have been discovered to play vital roles in various biological processes”. The IDP and IDPRs have been strongly correlated with the virulence of viruses, and understanding their structure and functions in COVID-19 can help in finding ways to mitigate the effects of the infection. Both the protein structure and non-structure are fundamental things and their knowledge is paramount to understand the virus pathogenesis. Using computational tools it’s possible to investigate the propensities of the proteins and regions that may or may not form the structure.

“We have investigated the disordered side of SARS-CoV-2 proteome using a complementary set of computational approaches to check the prevalence of IDPRs in its proteins and to shed some light on their disorder-related functions and also their disorder-based binding motifs, known as molecular recognition features”, says Dr. Giri. The studies have shown the crucial role of IDPRs in the maturation of individual proteins.

The team found that many of these proteins contain disorder-based binding motifs. Speaking of the implication of their finding, Dr Giri, said, “Since many IDPs/IDPRs undergo structural changes upon association with their physiological partners, our study generates important grounds for better understanding of the functionality of these proteins, their interactions with other viral proteins, as well as interaction with host proteins in different physiological conditions”.

He further adds, “The process of rational drug design is currently limited since it mostly ignores the presence of intrinsic disorder in target proteins. The understanding of the structure of these regions in the COVID-19 proteome is valuable to structural biologists involved in high throughput and structure-based screening for drug development.”

The IIT Mandi team has also compared IDPRs among the closely related viruses, human SARS and bat SARS-like CoVs. Such comparisons enable a better understanding of the sequence and structural peculiarities of the evolution of the virus and their virulence.

The IIT Mandi researchers plan to conduct more in-depth studies to establish structure-function relationships for a better understanding of the functioning of SARS-CoV-2 proteins. ‘Currently, we are also performing experiments to further investigate the disordered proteins in SARS-CoV-2’, says Dr Giri.

HR and legal practices in the post-pandemic era