Home  »  Guest Blogs  »  The Road Less Travelled – What Lies Ahead for the Healthcare and Medical Devices Sector?

The Road Less Travelled – What Lies Ahead for the Healthcare and Medical Devices Sector? 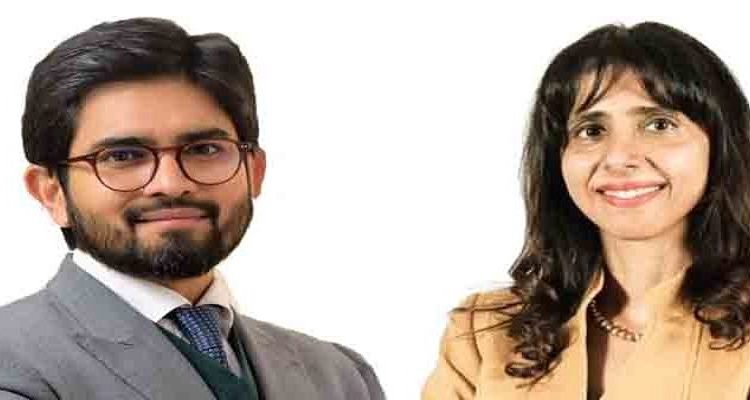 With Ayushman Bharat nearing its one-year anniversary, the Indian healthcare industry stands at cross-roads leading to untapped potential and a lucrative poster child for the Indian government’s Make in India narrative. To attract investment in the sector, it is imperative that there is no confusion in terms of prevailing law and absolutely no surprises in the form of sudden or unannounced policies that adversely affect innovation. Sidharrth Shankar, Rupinder Malik, Partners, J Sagar Associates and Aman Bhatia, Associate, J Sagar Associates provide an insight

Pegged to touch a value of $372 billion by 2022 as per the estimates of the India Brand Equity Foundation, the healthcare sector in India has taken on unprecedented focus in the past few years. The growth in the industry has been billowed by the recent initiatives of the Government of India, including the introduction of schemes such as Ayushman Bharat – the world’s largest government funded healthcare scheme. With Ayushman Bharat nearing its one-year anniversary, it is time India revamps its traditional approach to regulating industries.

The Epidemic of Regulatory Uncertainty?

India suffers from an epidemic of regulatory uncertainty, marred by multiple regulators and contradictory policy stance. Take for example, the medical devices sector, a focus sector under the government’s ambitious ‘Make in India’ campaign. ‘Medical Devices’ in India is regulated through an almost eighty years’ old legislation, the ‘Drugs and Cosmetics Act, 1940’ (‘Drugs Act’), an act which continues to define devices under the larger ambit of ‘drugs’. Interestingly, the Drugs Act only regulates devices which have been notified by the Central Government, which comprises of a short list of twenty-three devices as of today out of an estimated five thousand devices. Consequently, all ‘non-notified’ medical devices can be manufactured and imported without any regulatory supervision of the Central Drugs Standards Control Organisation, India’s apex drug regulator. To remedy the situation, the government had notified the ‘Medical Devices Rules, 2017’ (‘MD Rules’), an enactment which was drafted to exclusively deal with medical devices. Ironically, the MD Rules continues to be applicable to only ‘notified’ medical devices.

However, outside of the drugs regulator’s regime, a plethora of regulators specify norms for medical devices, largely depending upon the nature and features of devices, ranging from the Atomic Energy Regulatory Board to the Department of Telecommunications. While the industry continues to be wary of the multitude of laws, regulations, rules, orders and regulators controlling the manufacturing and distribution of devices, the pricing of medical devices (along with other essential drugs) happens to fall under the purview of the National Pharmaceutical Pricing Authority.

The Side-Effects of Pricing Control?

Medical Devices and Pharmaceuticals is a capital-intensive industry – with considerable financial outlays during the gestation period towards research and development and clinical trials. The model followed by the industry has been to ‘recover’ the costs of development by keeping the costs of end-product high, duly protected by a robust intellectual property framework. While this has been the traditional approach of the ‘Big Pharma’, India has long been insulated from high drug prices, thanks to its vibrant generic medicines industry. As the ‘pharmacy of the world’, Indian generic drug manufacturers have always followed a ‘Look West’ policy – of selling generic drugs at a premium in developed countries. With the change in the global trade policy particularly that in the US, there is an increasing pressure on the profitability of the Indian drug manufacturers. With these constraints, the industry has started looking at domestic consumption as a growth mechanism. However, the road ahead seems thorny for the industry – primarily for two reasons:

First, prices of ‘essential’ drugs and devices, i.e. those falling under the Drugs (Prices Control) Order, 2013, is capped/fixed by the National Pharmaceutical Pricing Authority, ostensibly to ensure the availability of drugs at affordable prices. The Competition Commission of India, India’s anti-trust regulator, had recently in its report highlighted the sub-optimal nature of ‘price control’ as a regulatory instrument. Not surprisingly, this has resulted in paucity of innovation, especially in the medical devices sector – with recent reports regarding both domestic and foreign stent manufacturers choosing not to introduce and even pulling out latest devices from the Indian market, citing commercial unviability as the primary reason. This puts India’s dreams of achieving ‘healthcare for all’ under serious risks.

To add to the mix, the government has decided to use trade margin rationalisation as a policy mechanism to control prices. The policy involves setting caps on the overall trade margin, which is measured as the difference between the price at which manufacturers sell to stockists and the price paid by the end users. It is reported that the government may also be considering universal trade margin caps, which was previously limited to oncology drugs and certain devices. While drug pricing regulations of all manners are crucial to increase accessibility of primary healthcare, the importance of striking a fine balance between profitability and affordability must be emphasised.

Secondly, private participation in public schemes, continues to remain lower than expected, primarily due to unviable pricing structures. The CCI has noted that public procurement can potentially circumvent the traditional challenges arising from the long distribution chain and number of intermediaries involved in drug distribution. With Ayushman Bharat, the potential for exploring public procurement as an alternative to price control remains high, especially in meeting the aim of drug availability. The government need not go out of its way to accommodate interests of the private sector. Rather, by implementing simple moves such as creating a robust intellectual property protection framework, offering added incentives for medical device manufacturing in India, opening up FDI in pharmaceuticals to 100 per cent under the automatic route, and opening up Ayushman Bharat to large scale PPP schemes, can send out a simple but strong message of the Government’s commitment.

One big question remains for the Government – is healthcare in India at a stage where investment into the country is predictable and lucrative?.

With Ayushman Bharat nearing its one-year anniversary, the Indian healthcare industry stands at cross-roads leading to untapped potential and a lucrative poster child for the Indian government’s Make in India narrative. To attract investment in the sector, it is imperative that there is no confusion in terms of prevailing law and absolutely no surprises in the form of sudden or unannounced policies that adversely affect innovation. Increasing incentives, reworking the applicable taxation regime and adequately rewarding incremental innovation will go a long way in presenting the Indian ecosystem as the ideal one for investment, innovation and expansion.