PMBJP scheme can be a ‘Ramban’ for Indian healthcare 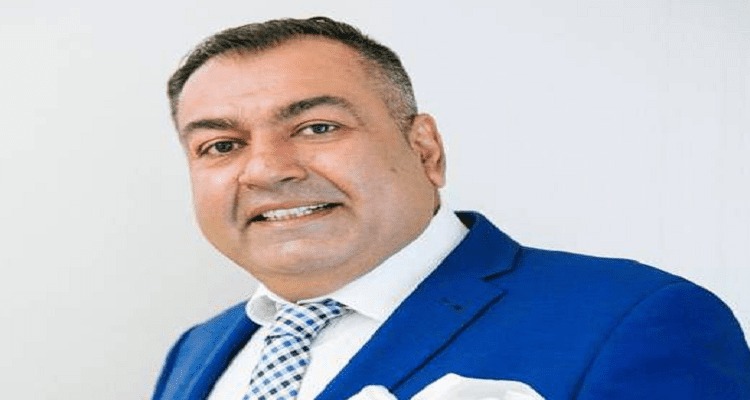 Manish Chhabra, CEO and Founder, Shifa Care, shares his insights on how the Pradhan Mantri Bhartiya Janaushadhi Pariyojana (PMBJP) scheme, brought out by the Government of India in 2008, has turned out in all these years, and what further scope it holds

A strict mandate for doctors for generics’ prescription can establish ensured percolation amongst masses and cure. This can be achieved by mandatory International Non-proprietary Name (INN), an official generic and non-proprietary given to a pharmaceutical drug or an active ingredient. INN is managed by the World Health Organization (WHO) and means that a doctor will prescribe an active ingredient and not brand name.

Let’s learn from the US: 90 per cent of the medicines prescribed by doctors in the US are generics

investment in international-level modular biosimilars manufacturing can help India save from a huge healthcare burden. Biosimilars adoption in developed countries like Australia has saved its government from healthcare liability by 50-70 per cent.

The Government of India began PMBJP scheme in 2008 with the opening of first “Pradhan Mantri Janaushadhi Kendra” on 25th November, 2008 at Amritsar in Punjab. As the scheme saw challenges in its execution owing to lesser awareness about generics, unavailability of related healthcare products, doctors’ un-cooperative behaviour in subscribing generics, lesser supply when demand was there, etc., the scheme was analysed and a strategic action plan was prepared.

The plan for the new campaign was approved in September 2015 by the Ministry of Chemical and Fertilizers, with a focus on availability, acceptability, accessibility, affordability, awareness and effective implementation of the scheme. The status as on 31st March, 2016, according to the information available on the public domain, brought some satisfaction. It mentioned that the product basket contained over 900 drugs and 154 surgical and consumables, and the medicines offered covered all the most commonly known therapeutic groups. Besides, over 5,000 Pradhan Mantri Bhartiya Janaushadhi Kendras already started operation across 35 States/UTs.

As per Prime Minister Narendra Modi’s announcement, the Janaushadhi scheme is said to have saved common peoples’ savings amounting to Rs 1,000 crore given the availability of generic medicines at the Janaushadhi stores at 50 to 90 percent lesser cost.

Generic medicines no less than a ‘Ramban’

Moving towards the potential of India’s pharmaceutical industry, it is one of the largest in the world and, the country’s ability to produce affordable generic drugs can make it the ‘king of the pharmacy world’. In terms of export, India is currently the largest provider of generic medicines, supplying 18 per cent of generic medicines across the globe.

In totality, the sector, as well as the government schemes and policies, need a big push, not just to lessen the healthcare burden of common people in India, but also of commoners across the world. The industry’s support along with government’s in making available reasonably priced quality medicines in the market would benefit everyone, especially the poor and the disadvantaged.

To make the scheme sustainable, where savings from the use of generics and biosimilars are re- invested in R&D for innovation and new medicines, and not be dependent on government subsidies, the Government of India’s Department of Pharmaceuticals, Ministry of Chemicals and Fertilizers should be taking several regulatory and fiscal measures from time to time towards realising this objective. The success of this initiative is heavily dependent on other agencies too, including the Ministry of Health and Family Welfare and state governments as health is a state affair.

States, which already have their schemes like free distribution of medicines in Rajasthan, must be aligned with the PMBJP scheme. BPPI should have strict guidelines for doctors to prescribe only generic medicines and must hold mandatory workshops for medical and healthcare research fraternity.

There should be enough awareness about unbranded generic drugs as compared to the branded drugs in the market. Further, there should be a transparency in the licensing procedures of drugs to combat the counterfeit market offering substandard drugs. However, it should be taken note of that despite being the third-largest pharma market (in terms of volume) in the world, the regulatory bodies setting up to keep a check on drug production, are not efficient in their work. If they come into force efficiently and all manufacturers comply with GMP/ICH norms along with zero tolerance for quality breaches for medicine manufacturing, trust can be established amongst the masses about the generic drugs being of similar quality as the branded one.

Identify biosimilars as a priority area

The pharma industry, estimated to reach $70 billion this year, currently being driven by rising affordability, needs to be more proactive in enhancing accessibility and acceptance of modern medicine. The manufacturers must create new markets to restore and strengthen market confidence; it will be wise to expand footprints in the biosimilars market. Biosimilars follow on versions of biologics medicines prepared from Mammalian Chimeric Living Cells. It is important to note they are biologic proteins and not a generic of the biologics as each biologic [biosimilar] protein is manufactured in living cells individually, so micro-heterogeneity is an inherent characteristic.

In simple words, biologics and biosimilars cannot be identical but they are highly similar with comparable efficacy and safety profile, are important to treat diseases such as cancer, rheumatoid arthritis and multiple sclerosis, at lesser costs.The Government’s support in this segment with internationally harmonised regulatory framework with Europe and the USA in place can save India from a huge healthcare burden in the next eight to ten years. Biosimilars’ adoption in developed countries like Australia has saved government’s healthcare burden by 50-70 per cent on biologics spending. China has already declared biosimilars as a priority area. With introduction of biosimilars in India, India can be positioned as a market leader in complex biologic manufacturing.