It is questioning the wisdom behind the old gold standard of randomised populations used for trials. While large randomised trials avoid bias, personalised medicine trials are limited by their small size, but could be more focussed and effective based on the genetics of the patient, informs Dr Suresh Subramani, Global Director, Tata Institute for Genetics and Society and Distinguished Professor, University of California San Diego 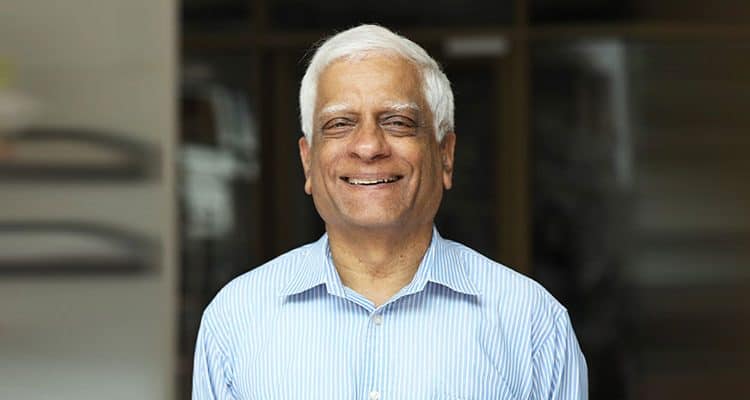 How is genetics improving the sphere of drug discovery and development? In what ways has it helped in clinical research, target identification, drug safety testing, etc.? Give us a few real-world examples.

In the past decade, the size and diversity of commercially-available chemical compound collections have grown exponentially. Screening of millions of compounds for lead compound identification for a single drug target is now a routine because genetics has identified many new targets.

There are many examples of libraries of small molecule compounds whose molecular targets are known and that are being repurposed or repositioned. Approved drugs that are repurposed have the advantages that they have often been used in patients, and their toxicity and safety are known. One example is the drug remdesivir, which had anti-viral activity against the SARS and MERS coronavirus RNA polymerase, and is now being repurposed against SARS-CoV2.

The identification of potential druggable genomic targets in the human genome, coupled with the development of high-throughput biochemical or reporter assays, as well as genetically-engineered reporter cell lines, has accelerated the drug discovery process to arrive at leads much faster.

Genetics has also made available many animal models of human diseases making it faster and cheaper to test for toxicity, dosing and efficacy. A good example is that with the COVID-19 pandemic, scientists are scrambling to obtain reliable animal models (trying mice, hamsters, ferrets and monkeys), where the more controversial viral challenge assays can be done with much lower risk, rather than trying these assays out on human volunteers, at a time when no alternative therapy is available should a volunteer’s life be placed at risk as a result of the viral challenge.

Elaborate on the best approaches to integrate and enhance the role of genetics in clinical drug development and clinical trial designs. What are the challenges in doing so and how can they be mitigated?

The field of companion diagnostics, which is showing promise, is based on the measurements of the levels of proteins, genes, or specific mutations to design a specific and efficacious therapy for an individual.

The Personalized Medicine Coalition in the USA, highlighted a few years ago, four major challenges to the widespread adoption of a personalised approach in patient care – regulatory oversight, reimbursement strategies for the associated costs, education of both patients and clinicians regarding the adoption of personalised medicine, and finally health information technology, which would include data privacy, confidentiality, security and avoidance of data exploitation for profit. Additional issues for many countries include the per capita cost and affordability.

The concept of personalised medicine has not been used so widely outside of oncology yet. For example, there are over 250 genes affected in retinal dystrophy, but hardly any gene-based therapies are in current use. Further, its therapeutic applications in complex, polygenic disorders remain uncertain.

Genetics has also revolutionised patient selection for clinical trials and is throwing into question the wisdom of the old gold standard of randomised populations used for trials. While large randomised trials avoid bias, personalised medicine trials are limited by their small size, but could be more focussed and effective based on the genetics of the patient.

How are genetics-driven approaches crucial to enabling precision medicine?

The role of genetics in bespoke, precision (personalised) medicine is illustrated best by the oncology therapies based on particular genetic mutations found in a particular cancer patient’s tissues. Here, the patient’s genes, based on molecular genetics profiling, are matched with the best therapies, rather than using chemotherapies that might only be partially effective against a heterogeneous patient population. In 2017, the US Food and Drug Administration (FDA) adopted a new approach by approving a cancer therapy predicated on a specific genetic feature found in the patient’s DNA. They approved the use of the drug pembrolizumab (Keytruda) for patients with inoperable metastatic tumours that have one of the two specific genetic features, called microsatellite instability-high (MSI-H) and mismatch repair deficiency (dMMR).

A lot of pharma companies are involved in gene-based vaccine development for COVID-19. Do they have any advantages in comparison to other approaches being pursued?

Vaccines are not necessarily the best or only therapy against a viral disease. We still do not have a vaccine against HIV 36 years after its discovery and a prediction made by the US Department of Human Health and Human Services that it would be available in two years after the cause of the disease was known. Second, there is a phenomenon called antibody-dependent enhancement (ADE) where a (non-neutralising) vaccine could make a patient more susceptible to a second attack by that virus, as exemplified by the Sanofi vaccine, Dengvaxia, against dengue virus. Sanofi, the company that manufactured the vaccine, noted that it should be used prophylactically by people who have not been infected with dengue virus. Finally, in the past, live, attenuated virus strains have also been effective as vaccines, as seen for measles, mumps, rubella and polio.

Gene-based vaccines also have many advantages, as well as some disadvantages, depending on the case at hand. For SARS-CoV2, which is an enveloped virus, we know that the viral Spike protein is responsible for allowing viral entry into human cells carrying the ACE2 receptor. So, there is a sound rationale in trying to create a vaccine that blocks the ability of the virus to enter host cells. However, there is the possibility that for a virus whose surface proteins are changing rapidly (fortunately not the case for SARS-CoV2) such a strategy may not work. Additionally, immunity is effective only when there is a strong, neutralising and preferably long-lasting antibody response against the protein used. Another issue with a vaccine is whether the virus will become resistant or change and therefore require annual vaccines, as is the case for influenza. To mitigate these risks, other viral proteins are also being targeted as vaccine candidates.

Even the gene-based vaccines are based on multiple modes of delivery into humans, either as viral genetic material (RNA or DNA), or as recombinant proteins, or as viral antigenic components carried into hosts by other vehicles, such as lipid carriers or as part of the genome of other innocuous viruses. In other words, there are many variables.

Is TIGS involved in any COVID-19 related research? Please share details, if any.

Only indirectly, because this is not part of our primary mandate. However, we have been actively involved in educating the public about the biology and evolution of COVID-19 as well as the progress on vaccines and drugs against SARS-CoV2 through social media. We also have several TIGS employees serving as volunteers to develop COVID-19 tests at the National Centre for Biological Sciences in Bengaluru.

Tell us about some of your key research projects in human health and their end goals.  What are the major findings/learnings from them?

Research projects at TIGS primarily focus on addressing large-scale problems related to public health and food security. Technologies like the CRISPR-Cas9-based gene editing, or base- and prime-editing, can now alter the genetic sequence in an extremely accurate and efficient way in any organism. TIGS is using these tools to immunise mosquitoes to prevent their ability to transmit particular parasites (malaria) and viruses (dengue), create rice varieties to resist biotic and abiotic stresses, reverse bacterial resistance to antibiotics and create stem cell models and cures for blood disorders. The projects are in the early phases, but as an example, we have sequenced, assembled and published the complete genome of the Indian mosquito, Anopheles stephensi, which is the major cause of malaria in India. We look forward to many such contributions in the future.

How are you partnering with the life sciences industry to help tackle some of the health challenges in India?

The philosophy at TIGS is to focus the best science in the service of society and to achieve these through the best synergies, rather than trying to do everything by ourselves. In continuation of this, we have established strategic collaborations with many other scientific institutions for tackling health challenges in India. For example, our partnership with Amrita University, Kerala, focusses on understanding how the global threat of anti-microbial resistance can be addressed through new advances in research. We also have collaboration with the Jawaharlal Nehru Centre for Advanced Scientific Research, Bengaluru, to undertake stem cell research that explores therapeutic interventions for genetically-inherited blood disorders. Similarly, we work with collaborators at the Institute for Bioinformatics and Applied Biotechnology, Bengaluru, on bioinformatics and population genetics. We have also partnered with companies like Nucleome, Hyderabad, for mosquito genome sequencing.

What are the measures needed to truly leverage the potential of genetics in healthcare?

For a country like India, you can only go so far by importing technology. It has to be generated internally. The country, as a whole, needs to foster and create a whole set of interdependent ecosystems, including training the best minds to take risks, making long-term investments, encouraging entrepreneurship and thinking boldly about new innovation, expecting that there will be many failures alongside some major successes.

Just as an example, multi-stakeholder initiatives such as ‘The Genome India’ project must be encouraged and funded. Such ambitious endeavours will spark innovation across sectors.

Capacity building initiatives to train young researchers is imperative for new advances in this space. We must welcome new ideas and scientists from diverse backgrounds to find integrated solutions. It is critical that we encourage scientific temperament amongst youngsters and encourage them right from the beginning, even before they are in school. A child has to be nourished both before and after gestation and this is a life-long investment.

We already face great challenges in innovating within academia and industry, as well as in taking innovation from academia to industry. However, the bigger gap is in making the transition from the bench to the bedside. This is impossible with a minimal investment (government public health expenditure of 2.5 per cent of GDP by 2025) in healthcare. Public demand, philanthropy, and corporate support can significantly enhance government efforts; but, above all, it is the collective confidence and will to succeed that will achieve this magic.