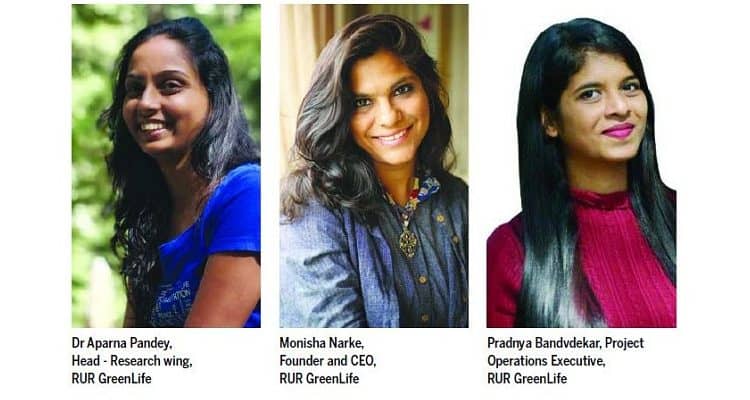 The Indian Pharmaceutical Association-Maharashtra State Branch’s (The IPA-MSB’s) Bombay College of Pharmacy (BCP) located in Santacruz (E), Mumbai is a living example of a sustainable institute in an urban setup. Besides being recognised by the country as one of the most prestigious pharma colleges, the institute has set an example by adopting a sustainable, decentralised, waste management system to manage biodegradable kitchen waste from the students’ canteen. The institute invested in an effective waste management system to reduce waste being transported to the landfills from their campus with technological consultation with RUR GreenLife. The project was flagged off in the campus on February 26, 2020.

RUR (Are you reducing, reusing, recycling?) designs, builds, trains and installs customised turnkey waste management solutions for homes/schools/organisations which are decentralised and sustainable. Through nearly 150+ decentralised waste management projects in Mumbai, India, 650 tonnes of biowaste is transformed into rich, organic, nutritionally balanced compost and mitigate over 6500 kgs of CO2 emissions annually. The USP of the project is ‘Nature’s way of recycling waste’. The project is essentially driven by innovative in-vessel technology, a patent filed (#201621007373), IGBC GreenPro certified, RUR’s GreenGold Aerobic Bio Composter (RGGC). It’s easy handling, low maintenance and zero power consumption, which makes it a user-friendly plug-and-play system. The composting system has also been awarded bronze under the composting category by the Solid Waste Association of North America (SWANA, 2018).

The canteen at the IPA-MSB`s Bombay College of Pharmacy generates up to 15 kg of wet bio-degradable waste per day in the form of fruit vegetable peels, plate wastage and leftover food. Dr Krishnapriya Mohanraj, Principal, The IPA-MSB’s Bombay College of Pharmacy quotes, “We are glad to know that the technology adopted for generation of compost is a sustainable method aligning circular economy. We appreciate the forest way of recycling adopted for composting wet biowaste using two patent filed and Green Pro certified RUR’s Green Gold Aerobic Bio Composters (RGGC-L) which operate independently of any chemical additives and electricity. We feel proud that by adopting RURs methodology and diverting from our routine practice of disposing of collected wet waste into landfill, we would be saving carbon footprint of 30.7 kg annually!”

Two staff members from the administration, one from the canteen and two from housekeeping were given hands-on training to operate the composting machine in a simple and scientific method. The wet waste is segregated at source from the pantry, collected and further sorted by the housekeeping staff at the compost station. The sorted waste is then transferred into the efficient, hygienic and patented and GreenPro certified RUR GreenGold Aerobic Bio Composters (RGGC) along with an equal volume of hand-crushed dry leaves, a handful of compost-cow dung mix and a small quantity of soil. The compost – cow dung mix is added twice a week, and the soil is added at the beginning of the process.

Composting in RGGC follows the forest way of recycling and is independent of any chemical additives or electricity. The process occurs in three stages, wherein in the first stage (active stage), the fresh waste is added along with dry leaves. Bacterial population establish during this stage and carryout initial degradation; due to which the temperature of the pile increases, creating a favourable environment for fungus, which are lignin degraders. The fungus secretes a variety of enzymes that result in degradation of the dry leaves and sawdust during high temperature. The final stage of degradation is completed by Actinomycetes resulting in the formation of humus, which imparts the rich earthy aroma to the degraded biowaste. The obtained yield of compost is 20 per cent of input biowaste, as the process ensures a 45-60 day period to accomplish this.

The aerobic process attains a temperature of 50-60ºC, which ensures the compost obtained is free from pathogens. In addition, the pH of the system is monitored closely to ensure the process is optimal. Institute has invested capital in two units of RGGC (large size) each with a daily load capacity of 8-10 kg biowaste. The institute also has an extremely rich garden cover and produces large quantities of dry leaves. These fallen dry leaves are collected and used as a carbon source in the composting process in equal proportion as that of biodegradable kitchen waste.

In this case, the compost pile pH is seen to start at pH4, which demanded corrective action. The pH of the compost pile tends to get low due to the addition of large quantities of cooked food which putrefies when enough dry leaves are not added. We thus recommend passing large quantities of gravies through a colander and a slightly higher quantity of dry leaves when cooked food is added. In general, fruit vegetable peels, eggshells are more composting friendly overcooked food, but nonetheless they breakdown too. We corrected the drop in pH by addition of ash, calcium carbonate and dry leaves to maintain the pH of the pile in the near-neutral zone for optimal activity.

Uses of compost
The compost generated in-house at The IPA-MSB`s Bombay College of Pharmacy is used to maintain the garden space on campus.

A decentralised composting project aligns with Swacch Bharat mission and the UN’s sustainable development goals to fight climate action and improve life under water, life on land. It also offers livelihoods and dignified labour to ragpicker community. Over and above all this, it creates a very valuable resource from the waste which aids both mitigation and adaptation to combat climate change. It is easy to set up a decentralised waste management system and we urge more and more pharma companies and institutes to adopt the simple plug and play model within their premise.