IIL is a leading manufacturer of human and animal vaccines in India and other global markets. Dr K Anand Kumar, MD, Indian Immunologicals divulges details about his company's growth plans for the future, its current R&D pipeline, trends in vaccine development, IIL's role in India Immunisation Programme and more, in an interaction with Lakshmipriya Nair 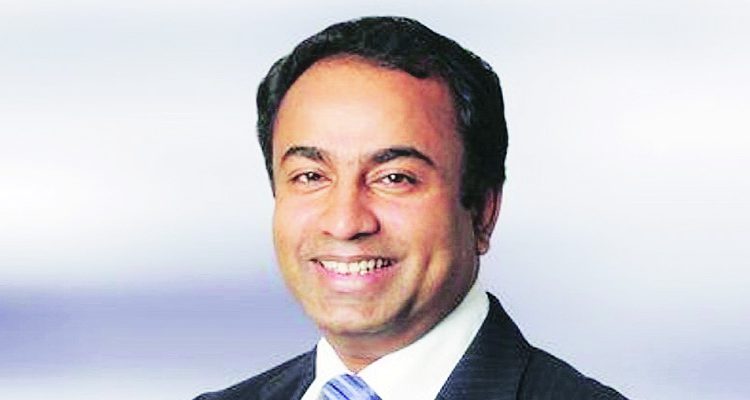 Can you give us an overview of the competitive landscape in the vaccines market, in India and globally? What is IIL’s market share of the total pie?
The total size of the human domestic trade market in India is about $333 million and is dominated by multinational companies such as GSK, Sanofi and Pfizer. The domination is on account of vaccines which are not supplied by Indian companies such as pneumococcal vaccine, HPV, Varicella etc. The top three brands in the trade market are Synflorix (pneumococcal vaccine by GSK), Hexaxim (hexavalent vaccine by Sanofi) and Prevenar 13 (pneumococcal vaccine by Pfizer). The three together command 22 per cent of the market size. The higher sales figure is on account of the higher price of the vaccine sold by the MNCs and not based on the units consumed. The situation is different in India where an Indian company makes a vaccine. Indian Immunologicals is the leader in anti-rabies vaccine segment, Biological Evans is the leader in TT, Bharat Biotech is the leader in Typhoid Conjugate vaccine. IIL holds 36 per cent of the market share in the anti-rabies vaccine segment. Several Indian companies have a growing list of vaccines in their R&D pipeline and in the years to come the present dominance of the MNCs will be dented for sure.

In addition to the human domestic trade market, government procures vaccines worth $250 million.

Total veterinary vaccine market in India, which includes the domestic trade market and government business, is $133 million. 60 per cent of that is for the poultry segment. IIL holds 53 per cent of the market share in the served market and 23 per cent in the overall market.

In the days to come, what will be the major drivers which will define the vaccine market in both, veterinary biologicals and human vaccines?
The major drivers include more awareness among general public about the ability of vaccines to prevent diseases. The government has increased per capita spend on immunisation, which is one of the driving forces. Additional vaccines such as pneumococcal and HPV might be introduced in the programme. New programmes are introduced to ensure adequate coverage across the country among all ages. Mission Indradhanush and India New Born Action plan are planned to increase coverage upto 90 per cent. Higher affordability by the middle class is also going to support growth in the vaccines segment. The government has announced a huge spend of approximately $2 billion for the eradication of veterinary diseases such as foot and mouth disease (FMD) and Brucella, which is a great boost. The cost of treatment is increasing and hence focus is shifting to prevention. The increasing affordability of vaccines will also help the industry to gain more growth momentum.

What are IIL’s current and future areas of focus? Why? Brief us about your three major projects in each arena, veterinary biologicals and human vaccines?
Our current focus is on consolidation of our anti-rabies vaccine business in the human health segment. We are spending $10 million to commission a new fill/finish in Karakapatla, Telangana. We are also gearing up to support the new aggressive initiative undertaken by the government to control FMD and Brucella.

We have successfully completed Phase 1 trials for our Hepatitis A vaccine and Measles-Rubella vaccine. In addition, we have completed Preclinical Toxicology studies for our Chikungunya, Typhoid conjugate. The work on Dengue vaccine and Hexavalent vaccine is progressing well. In the veterinary vaccine segment, we will introduce a new Classical Swine Fever vaccine for porcines. Besides, we are also working on a gene-deleted IBR vaccine.

What are the key strategies IIL has adopted for progress in the past five years? Give us an overview of your approaches for India and international markets?
We are on an aggressive growth path. Our turnover has grown 65 per cent in comparison to 2015-16 and we are looking to grow 40 per cent this year. We adopted certain key strategies to achieve such an impressive growth which included significantly expanding our presence in the domestic trade market thereby reducing the risk and vulnerability of over exposure to the government business. We are increasing our footprint in the overseas market and now we are registered in over 35 countries. Our exports have crossed Rs 100 crores in 2018-19 for the first time. The better margins also helped us cross subsidise and offer lower prices in the domestic market.

Our focus has been on driving efficiency across the organisation in a manner that all five divisions of Indian Immunologicals are now profitable without significantly increasing the prices of our products. We also increased the capacity utilisation by manufacturing products for other companies as well. IIL now makes products for Sun Pharma, Bharat Serum and Vaccines and Biological Evans. We are now in talks with Globion for veterinary vaccines.

As far as international markets are concerned, we are securing supplies of key raw material for vaccine manufacture by starting a subsidiary manufacturing company in New Zealand, Pristine Biologicals NZ. We are collaborating with partners to secure bulk antigens (measles, injectable polio) rather than spend huge capital on building plants. We also have a focussed approach of a strong R&D with emphasis on product development.

IIL has partnered with the Indian government, time and again. Tell us about your current ventures with the government and your contribution to the country’s Universal Immunization Programme.
Indian Immunologicals is a health company with significant exposure to the animal and human health segment. Our venture into the human vaccine segment in 1999 itself was on a request by the Ministry of Health. We were requested to make a safer vaccine for rabies than the sheep brain vaccine that was prevalent at that time and which had higher adverse events associated with. IIL stood up to the challenge and developed India’s first Vero cell-based vaccine (Abhayrab) and today has emerged as the market leader.

IIL in the very first year of obtaining its license for Pentavalent vaccine, bid for the UIP Pentavalent tender. We were able to bag the order crashing the price from Rs 49 per dose to Rs 29 per dose which saved the Government’s several crores of rupees.

IIL continues to supply DPT vaccine to the government on a price committed in 2014-15 which is much lesser than the current price.
We have collaborated with Indian Veterinary Research Institute and developed a new vaccine for Classical Swine Fever. Also, we have collaborated with TANUVAS, Chennai and developed India’s first vaccine for Blue Tongue disease.

IIL continues to be the leader in veterinary vaccines and the price of FMD vaccine sold in India is much less than what it is sold at in other countries. Unlike other companies, IIL has ensured that domestic customers are catered to first before chasing the higher value dollar.

How has vaccine development in India changed and evolved over the years? What are the current opportunities and challenges?
Vaccine manufacturing institutes in the earlier years were run by the government and now their contribution has become very minimal. Serum Institute of India, Bharat Biotech, Biological Evans, Panacea, Sanofi including Indian Immunologicals are now the most significant domestic manufacturers. With the largest birth cohort in the world of 27 million people, the market is huge in India and the opportunities are plenty with the emergence of various new zoonotic diseases. So, the main challenge is sustainability. With the government being the largest procurement agency having a tender-based process, currently fierce competition is bringing down the prices to unsustainable levels.

Vaccine manufacturing involves huge spend on R&D and in establishing expensive manufacturing plants. The first cash flow happened several years after the investment was made and hence it is not for small players. Existing vaccine manufacturers continue to expand business by having a robust R&D vaccine pipeline.

India happens to be the largest supplier to UNICEF in terms of volume. Our technology, trained manpower and low-cost manufacturing capabilities will continue to enable us to be a major supplier to the world procurement agencies.

Big pharma in the country are facing a hard time with USFDA and MHRA and as a result of DPCO domestic margins are thinning. They are now looking at the possibilities in the biologicals business. One of the examples is Aurobindo Pharma buying Tergene Biotech.

Regulatory standards worldwide seem to be getting tighter and the cost of compliance is growing higher. Failure to comply is being dealt with severely by the regulator and hence a quality culture is paramount across the organisation including marketing.

How is technology ushering new paradigms in vaccine development? How is IIL utilising technology to accelerate and enhance your R&D pipeline?
Indian Immunologicals is the only company in India to produce live attenuated viral vaccines, inactivated viral vaccines, live attenuated bacterial vaccines, inactivated bacterins, protozoan vaccine, vaccine for the control of a worm and recombinant vaccines. IIL has a DSIR-approved R&D which is a well-equipped centre with knowledgeable scientists constantly looking at bringing in mechanisms that can rapidly increase speed of the development. IIL uses bioreactor technology for propagation of cell lines and virus culture. We are working on Codon Deoptimized technology in collaboration with Griffith University, Australia for Zika vaccine. IIL also uses BLI technology for measuring affinity and avidity of antibodies produced against antigens. We are using multiplex-based assay system using advanced instruments like Luminex.
[email protected]

Deficiencies are mainly due to lack of knowledge on nutrition