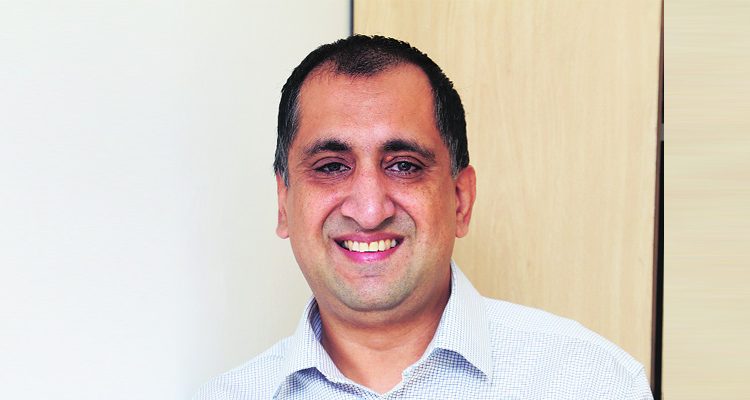 How often does the Indian pharma industry face the problem of falsified and sub-standard medicines?
According to a study by the International Institute of Research Against Counterfeit Medicines (IRACM), globally, counterfeiting has been measured as about $200 billion problem in terms of statistics. According to research from WHO study, an estimated one in 10 medical products circulating in low- and middle-income countries is either substandard or falsified. Since 2013, WHO has received 1,500 reports of cases of substandard or falsified products. Of these, antimalarials and antibiotics are the most commonly reported. Prior to 2013, there was no global reporting of this information and this is likely just a small fraction of the total problem and many cases may be going unreported. A regulation by the Director General of Foreign Trade (DGFT) has been there in our country since 2011, according to which all medicines exported out of India must have barcoding.

What are the adverse effects of these kinds of medicines on the economy of the country?
FICCI had done a study in 2015, where it was found that the loss of tax revenue is Rs 40,000 crores (excluding pharma). Unfortunately, the study did not include pharma sector. One way to estimate is that the total Indian pharmaceutical sector valued at US$ 35 billion in 2017. The domestic market of India is $17 billion. Some independent studies have found the rate of sub-standard or spurious drugs to be about seven to 10 percent in India. The country’s pharmaceutical exports stood at US$ 17.27 billion in FY18 and have reached US$ 19.14 billion in FY19.

Are there any laws/policies or guidelines to be followed for fighting this menace? If yes, are these being followed? If not, why?
In 2011, the Union government had said that it needed to protect the reputation of its exports and of the pharmaceutical industry, and they thus implemented segregation for all drugs leaving India. So, customs officials stopped shipments which did not have segregation. So, we are doing a great job of implementing this and protecting the patients around the world, but what about our own citizens? In 2018, the Drugs Technical Advisory Board (DTAB) recommended that top 300 pharma brands in India should have an anti-counterfeiting solution, namely application of a unique code to each consumer-level pack coupled with SMS-based authentication of that code. However, they asked for it to be voluntary and so far, it has not progressed much. They are still committed but since it is voluntary, the adoption is not yet as high as expected. According to sources, for the domestic API market, the Ministry of Health has prepared a draft mandating quick response (QR) codes at each level of packaging of active pharmaceutical ingredients (APIs).

Besides, Interpol has an operation called PANGEA, which in 2018 seized 10 million units of medical devices, including syringes, contact lenses and hearing aids, among others. Its value was $14 million, 859 people were arrested and almost 3,500 websites had gone offline. We feel that there may be certain factors that the pharma industry would like to be addressed to spur adoption of anti-counterfeiting solutions. Nonetheless, there is a way regulators and industry can come together to address these concerns in a productive way, by striking a balance between affordability of medicines on one hand, and quality on the other.

Have you tried to approach the government on this issue?
We have had meetings in the past. The government was positive but acknowledged that some concerns had been raised by pharma companies that needed to be addressed. What we emphasised and continue to emphasise on is that these concerns may be valid, but solutions are available if all stakeholders – regulators, pharma companies, solution providers and consumers – come together as one and resolve to stop the spread of spurious and sub-standard medicines.

Moreover, from a digital solutions perspective, serialisation is something that has emerged as a global standard in the pharmaceutical industry and new GS1 regulations are widespread. From a physical solutions perspective, there are a variety of technologies – tamper-evident, tamper-proof, overt and covert features and as an association, we have created an environment in India where technologies are available and ready for adoption and it’s a question of working together with the industry and the government. From the industry perspective, we are protecting thousands of pharma brands with the help of our 61 members.

Are there any cost-effective anti-counterfeiting solutions available in the market?
There are multiple cost-effective creative solutions that our members are already providing to the pharma industry. In addition, we have been providing digital solutions like barcoding, unique identification and SMS-based verification of products, etc. There are many organisations in ASPA, and together, we have been working with strips of medicines or units that could be of a few rupees (even less than Rs 10). Thus, the solutions offered are ‘made in India’ and ‘priced for India’ and all these can be implemented with the existing packaging also.

However, if the government can help us in terms of incentivising, we can actually bring new-generation solutions, since pricing is a challenge here. This is because quality and affordability should not be an either-or, there has to be a balance between the two.

Coming to the domestic market, we took our first step in 2018 with this top 300 initiative of the DTAB. I think we need to take the next step now, make it mandatory and have the right solution with the concentration of our inputs. I believe there were challenges even for exporters — challenges of complexity, affordability, technical environment being ready – but then regulators listened to the voice of the industry and understood those. For example, if there is a technical challenge, where the server was not performing and a little more time was required, they allowed it; if an extension was needed, they asked the company to apply for an extension — that is a great model. So, we took one baby step for the domestic market last year, we need to keep taking more while focussing on patient safety and the quality of medicine.

In 2009, when we looked at the counterfeiting problem, globally there was nothing. In 2011, we had enacted our legislation which was even before the United States came out with its legislation in 2013. Currently, Russia is one of the biggest markets that we export to and many countries are willing to comply with the Russia regulation from 1st January, 2020. Saudi Arabia and other gulf countries, along with African countries, are willing to follow it. India must also move forward in this direction as we were the ones who had started it. Although there are legitimate concerns that the pharma industry has, but let us find a way to resolve those those.

Can Jan Aushadhi Kendras (JAKs) also be infected with falsified medicines? If yes, what immediate steps can be taken to prevent it? If not, how can this be assured? What role can you play in this regard?
Last year, six batches of medicines were recalled in three months for failing quality tests. The implementation and execution of the programme to improve the affordable and available generic medicines are planned through Jan Aushadhi Scheme (JAS) and need to be done vigilantly to ensure that no fake or spurious medicines are supplied. All stakeholders in the supply chain should participate in a product verification system in order to ensure that patients receive only genuine pharmaceutical products. Another concern is a lack of visibility and accountability across supply chains that increases the chances of high quantities of poor-quality medicines reaching pharmacy shelves.

In such a scenario, physical and digital solutions can work together. In physical, there is a visual that you can look at and actually check everything. However, digital solutions provide security, connectivity and data. You can have the data of who is buying these medicines – are they real or fake? There are not enough drug inspectors to go out and do inspections or raids. However, if you have the targetted data, it can be used for public health purposes. Now that we are in the 21st century, we should be able to have such targetted interventions which the digital solutions can enable.

DGFT has extended the last date for implementation of track and trace system for exports of drug formulations till April 1, 2020. Your comments?
There were some genuine technical reasons that the pharma industry had raised in terms of the performance of the server for the DAVA portal, which was recently procured by the DGFT for uploading data. In addition to it, there is some change in the uploading format for which the industry had requested some time. So, it is not unreasonable to have extended it a little bit, even if those changes require another nine months to implement. I support the DGFT initiative because while there have been such delays in the past, there has not been backing away from it but I hope that this new deadline is setting the stone.

Do you think 100 per cent anti-counterfeiting can be a reality in the Indian pharma industry?
According to some statistics, falsified and sub-standard medicine is a more profitable industry in some places than in dealing heroin. Hence, we must be alert, have awareness and technology solutions in place to stay one step ahead. Even if we were to say that we have achieved 100 per cent anti-counterfeiting, one or two years later, counterfeiters will find some other ways to create menace. So, it’s a constant battle. We have to constantly stay one step ahead. Moreover, a solution that worked 10 years ago might not work today. So, we have to keep looking at the new advances and solutions in the market to stay alert.