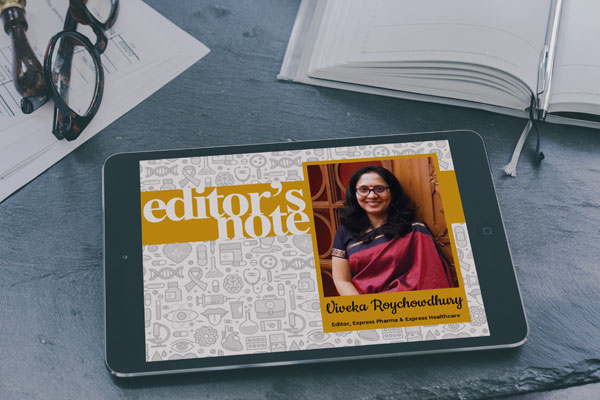 India has a very visible presence in the global pharmaceutical sweepstakes. For instance, while Sun Pharmaceutical Industries (Sun Pharma) is reportedly the fifth largest speciality generic pharma company in the world, Lupin bags the eighth rank in terms of global generic pharma companies in terms of revenues in FY2018-19 (Bloomberg). India is expected to rank among top 3 pharma markets in terms of incremental growth by 2020, with a 20-22 per cent share of of global export volume. But as a popular ad jingle goes, ‘yeh dil mange more.’

Unfortunately, it won’t be a cakewalk. Pharma exporters are reportedly facing a push back. Therefore if the first part of our Independence Day special coverage, (issue dated August 1-15, 2018), examined how the three ‘Is’ — Indigenisation, Innovation and Information — could be leveraged to help India achieve true independence in the pharma sector, the second part (issue dated August 16-31, 2018) examines how trade and non-trade barriers are threatening free and independent trade of medicines, not just ‘Made in India’ medicines, across boundaries.

Though companies quoted in the cover story readily admit that global regulations are common to all pharma exporters irrespective of nationality, it is clear that the next quantum of growth in exports will not be as easy as it was in the last decade. The MSME sector in particular is feeling the pinch as the low hanging fruit has been picked and most do not have the resources to stretch to clear the higher regulatory bar. The common refrain is that most of these regulations are actually export barriers and protectionist measures.

Government of India, through the Department of Pharmaceuticals (DoP), Ministry of Chemicals & Fertilisers, has stepped up efforts to resolve these issues. Indian pharma exporters have been requested to report country-specific export issues to DoP Joint Secretary Shri Navdeep Rinwa. According to a notice in the weekly bulletin of India Drug Manufacturers’ Association (IDMA) dated July 22-30, 2018, such inputs will ‘strengthen the Department with appropriate material for discussion in various bilateral and multilateral fora under the provisions of various Trade Agreements.’ IDMA has said that they will compile these communications from members on a weekly basis and submit a consolidated report to the Joint Secretary.
Most bigger pharma companies have moved to the next level of exports: the trade of intellectual property, in the form of clinical stage assets in return for milestone payments and local clinical expertise.

Take for instance the most recent example: Glenmark’s recent licencing deal with China’s Harbour BioMed for GBR 1302, the former’s bispecific antibody targeting HER2 and CD3 for the treatment of HER2-positive cancers. Potentially worth more than $120 million in addition to royalties, the deal covers the development, manufacture and commercialisation of GBR 1302 in the Greater China territory, with the Indian company scouting for partners in other parts of the globe. The region has a “predominance of certain HER- 2 positive cancers (which) presents a significant clinical need,” said Glenn Saldanha, Chairman and Managing Director, Glenmark, in a press statement.

Of course, such licensing deals have their own challenges. Though Glenmark will receive an upfront payment, further payments will be dependent on achieving pre-specified development, regulatory and commercialisation milestones, as well as tiered royalties on net sales for any approved products from Harbour BioMed. The Chinese company will lead the clinical development and commercialisation of GBR 1302, with the option to manufacture GBR 1302 for the Greater China market.

Or take Lupin’s strategy for its biosimilar etanercept (YLB113). Developed in partnership with Japanese Yoshindo and YL Biologics, a joint venture between Lupin’s subsidiary Lupin Atlantis Holdings SA (LAHSA), the company recently partnered with another Japanese firm, Nichi-Iko for the distribution, promotion and sale of YLB113 in Japan. These are but two examples of many such transnational deals struck by big Indian pharma companies. Success has been mixed but the experience has left us wiser.

Thus if we want to retain the reputation of being ‘the largest supplier of generic medicines globally’ (IBEF website), we will have to play by the new rules of the game. And the answer as of now seems to be collaboration. To paraphrase a quote attributed to Henry Kissinger (“America has no permanent friends or enemies, only interests,”) India Pharma Inc cannot consider countries or companies as permanent friends or enemies. It has to look for partners with permanent interests.