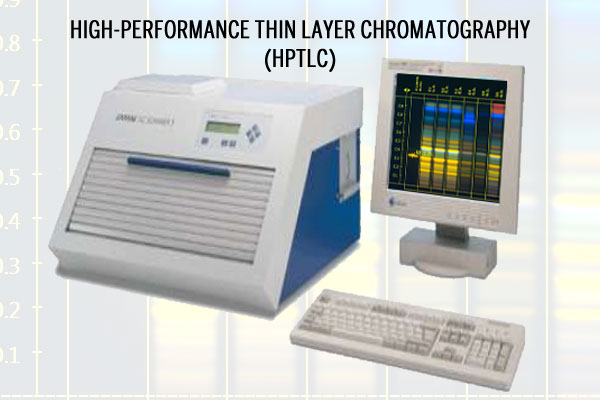 Dilip Charegaonkar, MD, Anchrom Enterprises, gives an insight  about HP-TLC, which  will soon be a routine technique in every lab due to very recent development viz. acceptance in pharmacopeias

It is now high time for professional analysts and regulatory labs in India to realise that High Performance Thin Layer Chromatography (HP-TLC) will soon be a routine technique in every lab due to very recent development viz. acceptance in pharmacopeias.

Historically, Thin Layer Chromatography (TLC) has been used to analyse just about every non-volatile organic sample. Literature of 1960s has reports of volatiles being derivatised to become non-volatile and therefore, suitable for TLC analysis!  The apparatus as well as methodology used for TLC had too many variables and nobody ever agreed on a set of rules. Some used pre-coated plates, others lab made ones. Gypsum was used as a so-called binder, while some used starch. Since Stahl used 0.25 mm thick layers, it has become the norm. Glass plates sizes used were 40×20, 20×20, 20×10 cm. Samples were applied with the help of various types of capillaries as well as pipettes and syringes. Most of them damaged the layer. The damaged part of the layer contains the highest concentration of sample. For the same weight of sample yet it is still a usable and powerful technique, bigger the diameter of spot, lesser the visibility of impurities etc. etc. Even official pharmacopeial text is ambiguous. Yet, it is still a usable and powered technique.

After a couple of decades, as the instrumentation for chemical analysis was developed in the late last century, TLC was also instrumentalised. HP-TLC precoated layers with 5mm particles with a narrow cut were introduced. This came to be known as High Performance Thin Layer Chromatography (HP-TLC) but was actually Instrumental TLC because all the parameters that affect chromatography were not considered while developing methods. Only the manual operations were replaced by instruments, which however, brought in changes in the technique and additional capabilities.

All this changed forever with the introduction of HP-TLC as an official method in the US Pharmacopoeia in August 2015 in the form of chapters 202, 203 (and 1064) USP Chapter 2251, for the first time, deals with adulteration of materials of botanical origin with synthetic drugs.

As of now, the evaluation is based on ‘HP-TLC fingerprint’ i.e. a qualitative test. However, in future, even when quantitative analysis is introduced, the chromatography part i.e. sample preparation – application – development – derivatisation (if any) will not change.  The separation part is independent of detection part!

Only the mode of evaluation will be changed or added. Therefore, it has become imperative for all analytical chemists to understand and implement the USP SOP asap. This SOP describes (as does any regulatory methodology) very clearly, how to prepare samples, type of layer, sample application technique-size and position, chromatogram development- humidity, saturation, chamber type and size, electronic auditable documentation etc.

Moreover, HP-TLC meets all the regulatory requirements of today, if this SOP is followed.

To sum up, HP-TLC is only recently properly defined by a universally accepted SOP. Those who have instrumental TLC set-up in their lab, only need to adopt the USP chromatography methodology using the software that controls the HP-TLC system, for universally acceptable cGMP compliant results.

The following table gives a comparison of parameters to be controlled, as stated in most pharmacopoeias.