WHO recommends testing before use of Sanofi’s dengue vaccine 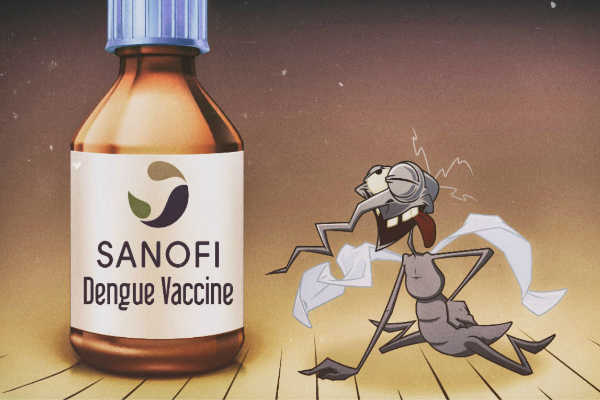 The French drugmaker warned in November that Dengvaxia, first approved in late 2015, could increase the risk of severe dengue in some cases in people who had not been previously exposed to the disease.

The World Health Organization (WHO) said Sanofi’s vaccine against dengue should only be used after testing on individuals to assess whether they have ever been exposed to the infection.

After a two-day meeting in Geneva, Switzerland, experts at the UN agency recommended extra safety measures for the medicine, sold as Dengvaxia.

“We have now clear information that the vaccine needs to be dealt with in a much safer way by using it exclusively in people already infected with dengue before,” said Alejandro Cravioto, Chair of the WHO’s Strategic Advisory Group of Experts (SAGE) on Immunization.

“It requires for the people to be tested through a system that is not currently available but that we feel will be developed in the next years,” he said.

Sanofi said in a statement: “We are confident in Dengvaxia’s safety and its proven potential to reduce dengue disease burden in endemic countries.”

Sanofi also said it would “continue to work with the international public health community and endemic countries, to ensure the best usage of the vaccine.”

The French drugmaker warned in November that Dengvaxia, first approved in late 2015, could increase the risk of severe dengue in some cases in people who had not been previously exposed to the disease.

Dengvaxia, the world’s sole licensed vaccine against dengue, is at the centre of a health scare in the Philippines where the government suspended its use last year amid safety fears.

The company has repeatedly said it knows of no deaths resulting from the medicine.

Joachim Hombach, Executive Secretary, WHO’s SAGE group, said: “For us, the primary consideration is to assure our recommendation makes public health sense in terms of ensuring the use of vaccine will maximise public health benefit and minimise risk.”