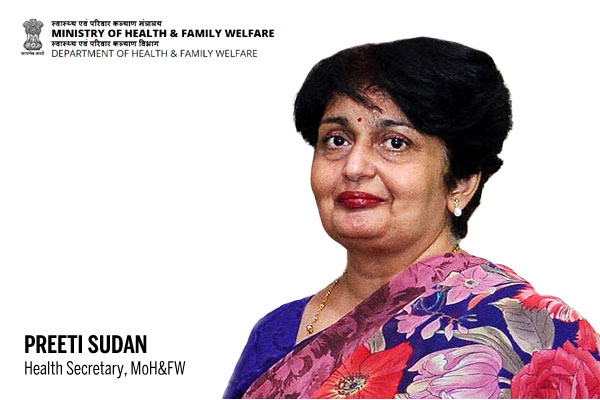 The Appointments Committee of the Cabinet has appointed Preeti Sudan as the new health secretary, Ministry of Health and Family Welfare (MoH&FW). Sudan has replaced CK Mishra, who took charge as health ministry secretary in July 2016.

AYUSH special secretary Vaidya Rajesh Kotecha has also been appointed as Secretary, Ministry of Ayurveda, Yoga and Naturopathy, Unani, Siddha and Homeopathy (AYUSH) on a contract basis for three years.

Sudan is a 1983 batch IAS officer of the Andhra Pradesh cadre and has been secretary at the Department of Food and Public Distribution since January 2017.

Biocon receives CRL from US FDA over cancer treatment biosimilar