BR Sikri, Chairman, FOPE, highlights that the pharma sector is key to India’s economic progress and ensuring its self-reliance in APIs, KSMs and intermediates is the need of the hour 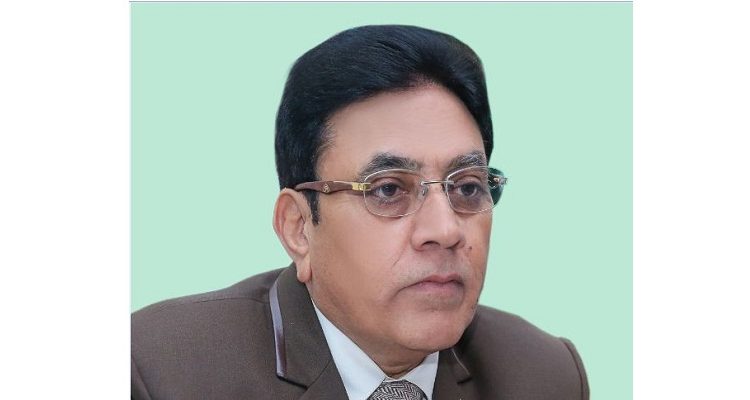 Let us keep in mind that India is not a weak economy. We are a strong economy. Despite pressure due to COVID-19, terrorist problem and threat of war from China, India has proven its strength. As per World Bank projections, India will be performing at 3.2 per cent.

The attack by coronavirus is not less than an attack in a war because it has exposed the dependability of the Indian pharma sector on China. As per a recent report by CII and KPMG, 68 per cent of APIs/intermediates/KSMs are being sourced from a single country i.e. China.

Due to the quarantine policies adopted by different provinces of China in response to COVID-19, the supplies to India, in particular, were affected by the disruption of logistics as well as transportation systems. There was a sudden panic but the government as well as the industry united in time and were able to control the situation.

The story so far

Let us go back into history. Before 1991, we were dependent on China only to the extent of 0.3 per cent. However, due to the globalisation of Indian pharma companies and an increase in focus on formulations business prompted the increase in sourcing of APIs from China. The primary reason for sourcing from China was lost costs of production due to various factors including ease of doing business, fast track approvals, environmental flexibility, regulatory approvals on a prompt basis, cheaper land cost, cheaper power, the refund of duty draw back etc.

However, the Government of India woke up in 2015 and the same year was declared as the ‘Year of APIs’ by former Chemicals and Fertilisers Minister, late Anant Kumar, but unfortunately, it remained only on paper and no scheme was available for practical implementation. Many committees were formed to have a domestic strong API industry but recommendations of these committees started accumulating dust in the cupboards of various government corridors.

Then, Prime Minister Narendra Modi gave the call for Atma Nirbharta or self-reliance in strategic sectors. He pointed out that India needs to achieve the objectives of Atma Nirbhar Bharat to attain a higher rate of GDP growth and to manufacture in India for the World. Pharma is one such key sector which can strengthen the economic position of the country.

The Government of India also announced a PLI Scheme for 53 APIs/KSM/intermediates recently, which gave a breather to the nation from various angles. If this scheme is successful and if entrepreneurs come forward to invest, then the dependability on China will come down by 25 per cent and India will have approximately 43 per cent dependability on China. There are indications that the government may come forward with another scheme soon, in that event, the dependability will come down further.

The day dependability comes down to 25 per cent or less than that, we will be in a commanding position. Then we will be able to negotiate with China whether it is about pricing or supply. Till that time, China is at a more advantageous position and may withhold supply of key APIs or KSM suddenly, if due to any reason, diplomatic or political, relations get adversely affected further. Therefore, it is going to be a crucial time for a couple of years and we have to be calculative in maintaining the relations with our immediate neighbour.

One of the other strategies being considered by the Government is to advise doctor communities to reduce prescription of antibiotics and other cephalosporins as the country is hundred per cent dependent on China for their key basic raw materials.

If the government is successful in doing so, the demand for such categories of products will come down drastically and China will feel the pinch of it soon. The government will also focus on advising the doctors to prescribe old antibiotics like Co-trimoxazole, etc., a combination of Sulpha and TMP in which India has a surplus and exports to China.

Another important option for immediate relief to the country is that the government should come forward with a scheme to encourage existing manufacturers to start production of 53 APIs, KSM, intermediates for which government has announced the API scheme. The new scheme can be for a period of two to three years and when the PLI Scheme is implemented, the government can withdraw the other scheme.

It is understood that it is possible to produce most of the chemicals synthesis-based products in India by the existing manufacturers as they have the technologies, spare capacities and spare utilities. What they are lacking is the viability due to the price factor. On the other hand, China, due to various benefits being given by their government, is more economical. If similar incentives or benefits can be provided to existing manufacturers in India, they will be able to come with proposals which will be implementable in three months. This will give a psychological jolt to China as Indian capabilities to produce any products in such a short span will be a great surprise to them.

Needless to mention that India stands a bright chance of substantial growth in years to come because 97 per cent of countries across the world have faith in us due to efficacy, quality and affordability. Global population increase, changing lifestyles, Jan Aushadhi scheme, Ayushman Bharat scheme, increase in the disposable income of individuals, self-medication, awareness of basic medicines among the youth of our country, free distribution of medicines by the government through their wellness centres are few of the factors which will propel growth in this premium industry.

All the above-mentioned strategies are possible to implement provided there is less red-tapism, less regulatory intervention, and the government becomes a facilitator. The interaction between the government and the industry has to increase. The industry has to be taken into confidence while taking policy decisions. Skill development is another area where we are lacking although the Modi government announced Skill Development Ministry during their last regime and for the pharma industry, the Life Science Sector Skill Development Council (LSSSDC) was also created. A lot more is needed to skill not only the industry rather for regulators and bureaucrats. Similarly, banking reforms and labour reforms are also needed at this crucial juncture as the existing laws were made during the time of the British. The education system also needs change as the industry has different demands and institutions and universities are producing students with different curriculum.