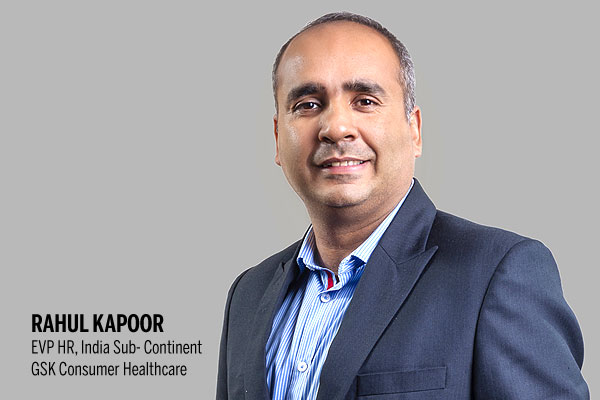 He will succeed Ongmu Gombu who has been promoted as VP, HR Operations Lead, Asia

GSK Consumer Healthcare has appointed Rahul Kapoor as the EVP HR, ISC effective June 1, 2018. Based in Gurugram, Kapoor will report to Arun Sehgal, VP- HR, Asia Pacific, and support Navneet Saluja, MD, GSK Consumer Healthcare. He will also be a part of the ISC Leadership Team. He will succeed Ongmu Gombu who has been promoted as VP, HR Operations Lead, Asia. Team.

Kapoor has nearly two decades of experience in Asian markets including India, Japan & Korea and South East Asia. He joined GSK India in 2008 and after a successful stint, in July 2014, he became the HR Business Lead for Consumer Healthcare Asia. Post the Novartis Joint Venture (JV), he was appointed HR Business Lead for South East Asia & Japan/ Korea. Prior to GSK, Kapoor has worked with ITC and GE. He holds a MPM in HR from Symbiosis Institute of Business Management, Pune.

Gombu joined GSK in 2015 from Baxter Healthcare. She started her HR career with Essar Oil and thereafter worked for a number of multinationals including Duracell, Gillette and P&G in India, the US and the Middle East.