To avoid disruption in medicines production, the industry seeks immediate intervention from the government 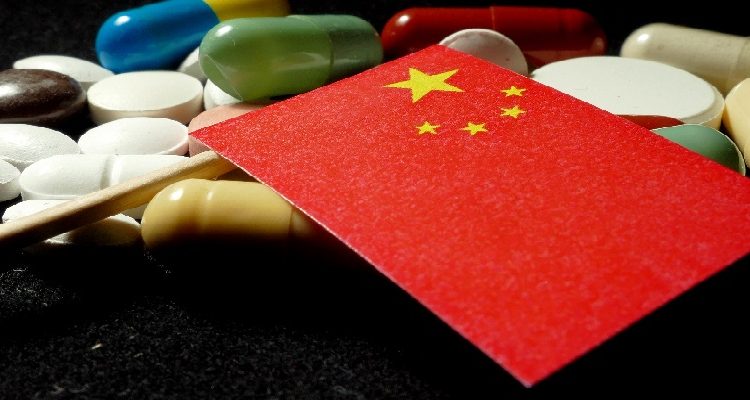 The pharma industry in India is worried about a potential shortage of medicines supply in the country, as consignments worth approximately Rs 200 crores are struck at various ports and airports for clearance. Therefore, industry stakeholders have made representations raising their concerns to higher authorities at the government as well as customs authorities.

Since almost a week, the industry is facing difficulties in customs clearance for China-originated consignments, which is resulting in heavy demurrage charges, delay in production supplies of medicines, concern over maintaining the supply chain requirements etc., inform industry stakeholders.

A source from the Mumbai Air Cargo informed, “In the last four days, out of charge (OOC) is not being issued which means delivery can’t be taken. There is no official order, but there’s an unwritten order/oral order to not to release Chinese shipments for now. Besides this, Chinese shipments are subject to 100 per cent examination and even after that initiated even then OOC is still not issued.

Reportedly, 70 per cent of total imports passed through the green channel once the bill of entry is filed, and that used to happen online with little or no difficulty. Only 30 per cent of imports were examined. A physical examination includes a matching description to the bill of entry, whether the goods are correctly valued — as these could be undervalued — and whether they are eligible for exemption of duty.

However, over the past five to six days, the industry has observed that a different work practice had been implemented at different ports and air cargo zones. For instance, at Mumbai cargo, the authority informed a pharma company that all the drums they have imported with material from China will be opened for checking at the port. CHA and Trade Associations took exception to this and the matter was discussed with the Commissioner of Imports. Following the conversation, the pharma company was informed that all their cargo will be scanned. However, later, the pharma company was informed by field-level authorities that they do not have a scanner in the imports section for scanning of drums, which led to further delays in the clearing of the consignment.

Dr Dinesh Dua, Chairman, Pharmexcil, informed that a multinational pharma company, Mylan Laboratories has written a letter to Pharmexcil expressing, “The latest decision from the Indian customs carrying out 100 per cent checks of Chinese import consignments at Mumbai and Chennai ports is causing a great delay in the clearances. Some of the product being imported is meant to be used for the manufacture of Remedisivir and Favipiravir, which are used for the treatment of COVID-19. The company imports this material by air from China to Mumbai and the goods are lying at Air Cargo Complex in Mumbai. The company is afraid about paying heavy demurrage charges, despite no fault of theirs.”

Dr Dua, further shared, “We have written a letter to all the concerned authorities at different ministries highlighting the issues faced by the industry over non-clearance of imported pharma key starting raw materials (KSMs), intermediates and active pharmaceutical ingredients (APIs,) COVID-related medical devices as well as diagnostics from ports, particularly Nhava Sheva and Delhi Airport.”

Through a letter, Dr Dua communicated to Dr PD Vaghela, Secretary, Department of Pharmaceuticals, “We’ve been inundated with distress calls from a lot of our member companies that there has been an acute disruption in manufacturing of pharmaceutical products over the last three days. Very critical KSMs, intermediates and APIs are not being cleared for the reasons not known to the industry at all.”

Similarly, the Indian Drugs Manufacturers Association (IDMA) has written letters to the Chief Commissioner Customs at Nhava Sheva (which is also known as Jawaharlal Nehru- JNPT Port), and Air Cargo Complex of Mumbai and Ahmedabad.

Mahesh Doshi, President, IDMA said, “We have written letters to concerned authorities highlighting the problems faced by the industry. It is coming close to a week and the industry is clueless about why there is delay/stop of movement in clearing the Chinese originated consignments. This sudden action by the Customs officials at different cargo and ports are causing a lot of inconvenience as well as costs for the pharma industry. If the supplies of imported APIs/KSMs and intermediates do not, start immediately, then production in the pharma industry will go haywire which may lead to a panic situation in the country.”

BR Sikri, Chairman FOPE, and Vice President BDMA expressed, “The industry is not accepting the customs undefined move. It is an untimely decision, especially when the COVID-19 positive cases are increasing across the country and the need for medicines are high. Considering the number of consignments which are lying at different ports there could be space constraints at Customs which may affect the quality of products as well.”

He also pointed out that since the consignments are struck at different ports in the country which will also levy with heavy demurrage charges, but we don’t know who is going to pay it as in this particular case the delay is not from the Industry’s side?”

He further mentioned, “If the government have any reasons to justify their actions there should be some imperative actions which need to be taken on a priority basis, and discussed with the industry as well. For e.g., to find an immediate solution, there is a need to organise a webinar with all the industry stakeholders to discuss the issue and find solutions.”

The letter from Pharmexcil highlighted, “India has been acknowledged as ‘Pharmacy to the World’ as well as a very humane, generous country supplying critical COVID-19 related medicines to 100+ countries “Free of Cost (FOC)” through the kind intervention of PMO, MOC, MEA and many more, thereby earning great goodwill for the country globally. Now man-made disruptions have created tremendous difficulties for the industry and we sincerely fear that if the same are not expedited on top priority in terms of clearances whatever great work has been done in the past to help the industry to maintain the current 90-100 per cent production and supply chain may get completed diluted. Therefore, we urgently appeal to the authority to intervene in the matter on SOS and instruct for the clearances from customs which are permitted and all these materials which are genuine in nature are allowed to be cleared and dispatched to ensure there is no disruption of manufacturing at all under any circumstances.”

In the letter, the Pharmexcil also mentioned that even in the case of medical devices and diagnostics devices such as infrared thermometers, pulse oximeters which are specifically aimed at COVID-19 diagnosis as well as glucometers and strips are also held up at Delhi Port.

Now, it has also come into the light that some of the Chinese Custom ports have indicated that their authorities have instructed to stop export consignments to India.

Besides China, options for the pharma companies in India could be Italy, Spain, the US etc., but they are not considered as cost-effective as China. However, it is also noteworthy that, besides supplying low-cost raw materials to other countries, China itself has its own formulation manufacturing industry.

Besides, the industry has already started observing an increase in prices of some APIs for which India’s dependency on China is significant. For instance, the price of azithromycin APIs during the last week (before customs clearance problems started) was Rs 1000 per kg. It has increased to Rs 12000 within a week and industry experts anticipate that the industry will see an increase in raw material prices for finished formulations wherever the dependency is high.