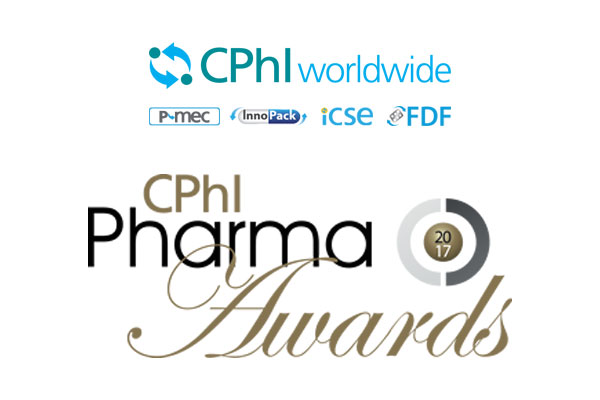 The 2017 awards expand to 20 categories, include eight new categories

CPhI Worldwide, organised by UBM EMEA, recently announced the opening of the 2017 CPhI Pharma Awards. Now in its 14th consecutive year, the awards have expanded to 20 categories – accommodating the increased demand from companies across the full spectrum of pharma – with eight new additions reflecting the increased diversity of attendees at CPhI Worldwide.

The CPhI Pharma Awards aim to honour companies and individuals driving the pharma industry forward through innovations, technologies, and strategies. Last year, the awards reportedly received over 100 entries and CPhI Worldwide is expecting even greater interest in 2017.

In light of the increasingly dynamic pharma industry, new categories have been added to better mirror the market. For example, last year’s ‘Formulation and Excipients’ award is now split into two separate excellence awards, and two new categories have been created to evaluate company performance by size: ‘Pharma Company of the Year- Large’ and ‘Pharma Company of the Year- SME’.

Additionally, as the pharma industry places increased importance on sustainability, with a growing use of new practices, such as green chemistry and sustainable manufacturing, the ‘Sustainability Initiative of the Year’ award has been introduced.

This year recognition is also given to companies that have expanded internationally with the ‘Export Promotion’ award. Finally, three additional excellence awards have been created in order to reflect the growth of new audiences attending CPhI Worldwide: ‘OTC’, ‘Patent Centricity’, and ‘IT, mHealth, and Digitalization’.

Entries for the CPhI Pharma Awards are free of charge and the submission deadline is August 25, 2017 – no entries submitted after this date will be valid for consideration – with shortlisted finalists announced September 1st, 2017. The winners will be unveiled live at CPhI Worldwide during the CPhI Pharma Awards Gala Dinner on October 24, 2017. Finalists will also receive a unique profile of their award entry within the CPhI Show daily.