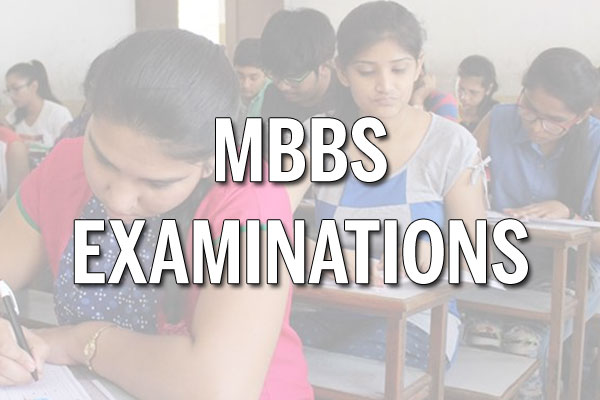 The Union Cabinet recently removed the provision of bridge course for Ayush practitioners to practise modern medicine, as part of amendments to the National Medical Commission (NMC) Bill, said an official.

The Cabinet meeting, chaired by Prime Minister Narendra Modi, also declared that the final MBBS examination would be held as a common examination across the country and it would serve as an exit test called the National Exit Test, doing away with the need for an additional licentiate examination.

“The provision dealing with bridge course for Ayush practitioners to practise modern medicine to a limited extent has also been removed,” said an official statement.

It has been left to the state governments to take necessary measures for addressing and promoting primary healthcare in rural areas, it added.

“Having considered the common demand by the students not to subject them to an additional licentiate exam for the purpose of getting licence to practise, the Cabinet has approved that the final MBBS examination would be held as a common exam throughout the country and would serve as an exit test to be called the National Exit Test (NEXT),” said the statement.

NEXT would also serve as the screening test for doctors with foreign medical qualifications in order to practise in India, the Cabinet added.

The maximum limit of 40 per cent seats for which fee would be regulated in private medical institutions and deemed universities has been increased to 50 per cent seats. Further, it clarified that the fee would also include all other charges taken by the colleges.

“Responding to the demands from states to increase their representation in the NMC, the nominees of states and union territories in the NMC have been increased from three to six. The NMC will comprise 25 members, of which at least 21 will be doctors,” it said.

Another major concern gathered during discussion with stakeholders was the wide range of monetary penalty, ranging from one half to 10 times the annual fee recovered from a batch, to be imposed in a graded manner on a medical college non-compliant with the norms.

“The clause has been replaced with a provision which provides different options for warning, reasonable monetary penalty, reducing intake and stoppage of admission leading up to withdrawal of recognition,” said the statement.

Concerned about the quality and safety of citizens’ healthcare, the government provided for severe punishment for any unauthorised practice of medicine by including a provision for imprisonment of up to one year, along with a fine extending up to Rs 5 lakh.