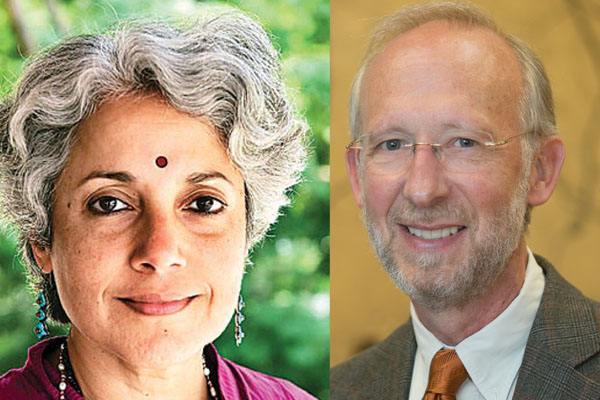 BioAsia  the annual global life sciences event hosted by the Government of Telangana, announced the prestigious  Genome Valley Excellence Award  for the 16th  edition, the award will be conferred upon  Dr Don W Cleveland  of the University of California and  Dr Soumya Swaminathan, Deputy Director General of Programmes, World Health Organisation. The award to Dr Cleveland recognises his pioneering work in cancer genetics. He is also the winner of  Breakthrough Prize for Life Sciences 2018, which is regarded as the  “Oscar of Science”.  Dr Swaminathan, who is  the  first Indian to be appointed to the  second highest position in the World Health Organisation, is acknowledged for her excellence in Biomedical research. The awards will be presented during the inauguration ceremony of BioAsia 2019, which is scheduled to begin from February 25, 2019 at HICC, Hyderabad.

Announcing the 2019 Genome Valley Excellence Award,  Principal Secretary (Industries and Commerce), Government of Telangana, Jayesh Ranjan  said,  “It is our honour to have eminent experts like Dr Don W Cleveland and Dr Soumya Swaminathan  joining us at the BioAsia 2019. These experts have dedicated their lifetime for furtherance of research towards improvement of human life. The Genome Valley Excellence Award recognises the pioneering work done in the life sciences field. BioAsia, which is a confluence of some of the best minds in the world in the biomedical field, is an eminent platform for industry, start-ups, academia and scientific community to interact and build relationships to work towards health security for all.”

“One of the highlights of BioAsia has been the conferment of the Genome Valley Excellence Award. The award was instituted in 2004 to recognise individuals and organisations, who have made remarkable contributions to the sector and inspire leaders to join the mission of improving human lives. Over the years the Genome Valley Excellence Award has gained significant stature and prestige, benefitting from its recipient history. Recent awardees include among others several Nobel Prize winners Dr Kurt Wuthrich, Ada Yonath, Harald zur Hausen, Barry Marshall, Martin J Evans, eminent industry and scientific leaders” said  Mr Shakthi Nagappan, CEO, BioAsia and Director (Life Sciences and Pharma), Government of Telangana.

The awardees shall participate in the discussions at BioAsia 2019, which will conclude on February 27, 2019. This year, there is an increased focus on amalgamation of technology and life sciences and how it can be leveraged to improve patient outcomes at reduced costs.

“Advances in life sciences and biotechnology have helped individuals, communities, nations and the whole world improve their health and wealth. Our own state of Telangana, which has over the years become a vibrant biotech hub, catering to the world, thanks to contributions by groups here in pharmaceuticals, vaccines, advanced medical care, and research in genetics and related areas, as well as through state support of start-ups. In order that we update ourselves and grow even better, we hold annual events such as BioAsia. In these events, we bring some of the best minds in the field from across the world to interact with us, and help us grow” said  Prof D Balasubramanian, Distinguished Scientist and Director of Research Emeritus, L V Prasad Eye Institute (LVPEI).

Dr Don Cleveland –  He is the recipient of the $ 3 million Breakthrough Prize for Life Sciences 2018, which is regarded as the  “Oscar of Science”, for his remarkable work on cancer genome rearrangement. Among his many contributions to the field of biomedical research,  Dr Cleveland developed the first synthetic CRISPR RNA, a pair of gene silencing therapies (designer DNA drugs) and identified tau – the microtubule associated protein.

Lupin, Glenmark and Sun Pharma recall various drugs from the US