The conflict between online pharmacies and offline pharmacies seems to have worsened since the outbreak of the coronavirus pandemic in the country, both sides seek government intervention 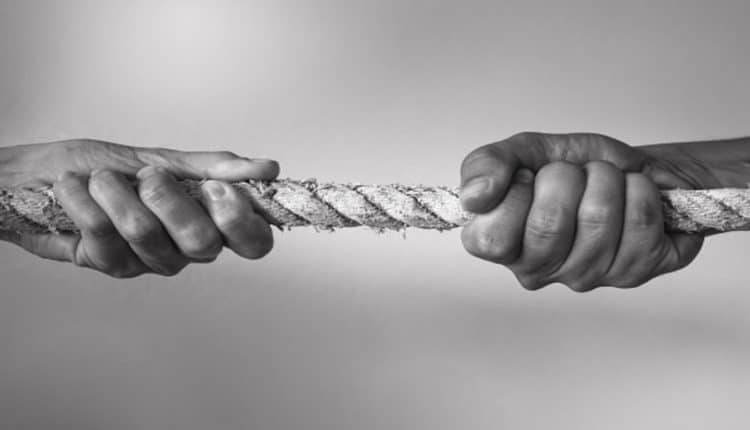 The ongoing war between online and offline pharmacies has intensified. Recently, the All India Organisation of Chemists and Druggists (AIOCD) wrote a letter to the PM Modi with a request to ban the activities of E-pharmacies in the country.

This move by the AIOCD was in response to the Internet and Mobile Association of India’s (IAMAI) representation to the government to finalise the long-pending draft e-pharmacy rules and notify them immediately to save the livelihoods of 30,000 people.

Earlier, in its request to the government, the IAMAI had appealed for immediate attention highlighting the benefits of the said draft rules. It had highlighted that the draft rules will unleash the potential of technology to improve access and affordability of quality medicines in the country.

However, AIOCD’s letter states that there are some groups with a vested interest in promoting online pharmacies and their objective is to establish a business monopoly in the country. The letter also mentioned that the majority of them (online pharmacies) are financially backed up by foreign direct investment (FDI) and their capital is utilised to wipe out competition with monopolistic practices. This will affect the accessibility of medicines in the long run.

“In the 81st meeting of the Drugs Technical Advisory Board (DTAB), which was held on November 29, 2018, at Nirman Bhawan, New Delhi, it is mentioned on page 21 that DTAB agreed on the need for amending the Drugs and Cosmetics Rules, 1945 for the regulation of the sale of drugs by E-pharmacy and asked the Central Drugs Standard Control Organisation (CDSCO) to bring the final version of the draft notification to DTAB for review. However, the IAMAI has been claiming that the Draft Rules have been approved by the DTAB, which is an offence in itself, the letter stated.

Rajiv Singhal, General Secretary, AIOCD commented, “We have around 8.5 lakh drug licenses in the country representing 8.5 lakh enterprises. These enterprises employ as high as 100 people or as low as two people. We can easily come to an average of the people employed by an enterprise. This will bring us to at least 50 lakh working people employed in our industry which supports at least 2.5 crore citizens of our country. Our industry is one of the biggest employers in the country. We are not saying that the employment generated by E-pharmacies is not important, but then it is 30,000 Vs 2.5 crore.”

He further added, “Therefore, on behalf of our members we have requested the government that as E-pharmacies are against the laws of our country while also hampering the health of our citizens, they should be stopped in public interest immediately.”

Many e-pharmacies refused to comment on the issue and AIOCD’s request when Express Pharma reached out to them.

However, Dharmil Sheth, Co-founder, Pharmeasy stated, “All the orders on online platforms work with brick and mortar stores which are absolutely compliant under the current law of the land. Especially in this situation (COVID-19) where people should stay indoors, online platforms will enable retailers to connect with customers and deliver medicines at home. As a country, we need to have a progressive outlook and keep moving ahead with time using technology and ensure healthcare delivery in the country improves with time.”