We are still far from cure of HIV/AIDS 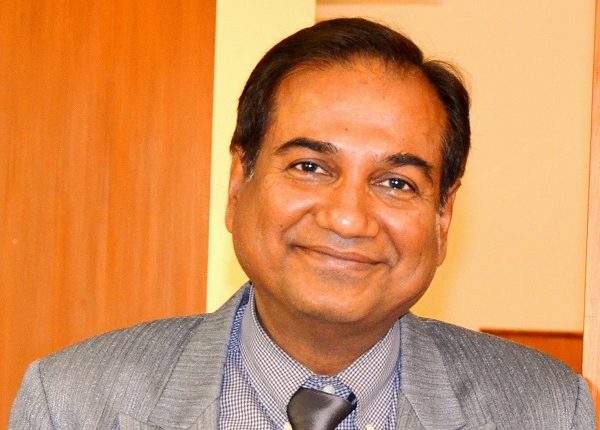 An HIV patient has to take medicines lifelong without any break and cannot afford to miss even five per cent of the prescribed dosage to prevent drug resistance and treatment failure, informs Dr Ashok Kumar Agarwal, Project Director – HIV/TB/Malaria programmes at PHFI

The world first witnessed HIV/AIDS in 1981. Though the initial reports were from France and the US, the virus soon spread to all countries. Along with the spread, also started coming the reports of people dying of AIDS. This generated huge stigma and discrimination, and life became miserable for people living with HIV/AIDS (PLHIV) with nobody there to treat and care for them. Realising the gravity of the situation for the first time in the history of the United Nations, a special session was held on AIDS in 2001, which brought together all the countries, donors and other stakeholders for a unified focussed action on HIV/AIDS. It led to an unparalleled mobilisation of nations, communities, researchers, implementers and donors. No other disease has seen such a magnitude of funding, research and action.

The first anti-viral drug called AZT was approved by FDA through a fast-track mechanism in 1987. By 1996, the Highly Active Anti-Retroviral Therapy (HAART) was developed, offering a combination of drugs for treating HIV. Since then, many more drugs and combinations have been developed and are in use. However, all of these check the multiplication of the virus within the body and bring the number down to an undetectable level; nevertheless unsuccessful in making the human body free of the virus. A person has to take medicines lifelong without any break and cannot afford to miss even five per cent of the prescribed dosage to prevent drug resistance and treatment failure.

The recent reports of HIV cure have excited everybody, particularly the HIV infected and there are estimated 36.9 million of them in the world and 2.1 million in India. But, is the excitement tenable? The first patient to be reported free of HIV was Timothy Ray Brown from Berlin. He was diagnosed with HIV in 1995 and underwent antiretroviral therapy (ART). In 2006, he was diagnosed with Acute Myeloid Leukemia (AML). He was given two stem cell transplants in 2007 and 2008. Both the stem cell transplants were from a donor with a mutated CCR5 receptor. Human cell requires functioning CCR5 gene to allow entry of HIV virus. The treatment involved giving him a number of immune suppressants and he experienced serious complications. Doctors also had to induce coma for sometime. He somehow survived and became HIV free. He still remains HIV free.

The second case was reported on 5th March, 2019 from London. A man was diagnosed with HIV in 2013. Later, he developed Hodgkin’s Lymphoma for which he received chemotherapy and stem cell transplant in 2016, from a donor with CCR5 mutation similar to the first case. He is HIV free since October 2017.

The third case was reported a few hours after the second case from Dusseldorf, wherein a man is showing no signs of HIV without antiviral drugs. Both the second and third cases need to be observed for a few more years before declaring them HIV free.

Similar treatment was tried in a number of other patients but failed. However, the three cases do provide the ‘proof of concept’ for the therapy based on stem cell transplant from a donor with mutated CCR5 receptor. But there are several challenges in practising this therapy. It is rare to find donors with mutated CCR5 receptors (found in around one per cent of people in Western Europe – even more rare elsewhere) and whose bone marrow and stem cells match the patient’s need. The procedure may put the life in danger, is very expensive and can be done only in advanced health facilities. Researchers report, inserting the CCR5 mutated gene through Crispr gene editing technology may be a more viable way of treating HIV in future. A new generation of highly potent broadly neutralising antibodies (bNAbs) might be another novel strategy to combat HIV-1 infection.

The World is yet to witness a notable success in development of vaccine. Vaccines for both, preventing the infection (preventative) and treating (therapeutic) are being worked upon. The biggest challenge in development of vaccine against HIV has been the rapidly changing nature of the virus. There is no promising vaccine yet in the final stage of clinical trial. Hence, for all practical purposes in years to come, we need to continue with the ART which is provided free of cost by the government through more than 600 ART centres across India. The intention needs to be early detection of HIV and early treatment with no default in medicine intake. Failure to adherence results in drug resistance and the second- and third-line ARTs are expensive and require many other expensive investigations to continue and monitor efficacy.

The first line of ART costs around Rs1,200 for a month’s supply. The default also results in emergence of opportunistic infections and the management becomes more difficult. Good adherence to ART (>95 per cent of doses taken as prescribed) results in virus becoming Undetectable (U) and now there are studies to confirm, this makes the virus Untransmittable (U), i.e. U=U.

For early detection of HIV, government has established around 5,500 Integrated Counselling and Testing Centers (ICTC) which confirm the HIV infection and refer to ART centre where ART is started without any delay. The government is also conducting community-based screening of HIV in strategic locations and communities. Any individual can call to the national AIDS helpline 1097 and get information on location of ICTC and ART centres. Most of the laboratories in the private conduct HIV screening test and refer to ICTC for confirmation. The private laboratories do not provide counselling, the ICTCs provide counselling both before and after conducting test. Now, there is also medicine available for preventing HIV infection, Pre-exposure prophylaxis (PrEP); it is recommended for people who do not have HIV but are at substantial risk of getting it. It comes as a pill to be taken everyday, and is found to be 92 per cent effective with consistent use. For greater protection, it needs to be combined with condom. It is being prescribed by private practitioners and government is considering to include it in the national programme, with a cost of around Rs 800 for a month’s supply.

The conundrum of USFDA inspections

FDI in pharma and related implications of COVID-19