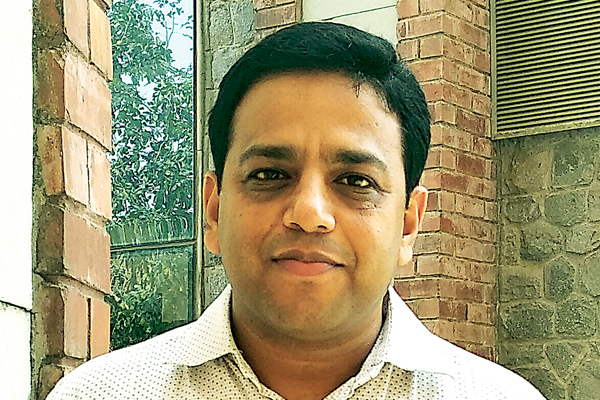 Reji K Joseph, Associate Professor at Institute for Studies in Industrial Development, New Delhi writes about how different bodies can work together to reduce India’s dependence on imported APIs and how empowering PSU’s can help in this direction

Outbreak of COVID-19 in China has badly hit the world economy and Indian pharmaceutical industry is one such worse-hit industrial sector. Price of some of the essential medicines like Paracetamol has shot up in India. Fearing that the disruption in the supply from China will continue for prolonged period, the Directorate General of Foreign Trade (DGFT) of India has amended the Export Policy 2018, on 3 March 2020, (Amendment in Export Policy of APIs and formulation made from APIs) to restrict export of certain pharmaceutical products from India. This restriction is imposed on 26 active pharmaceutical ingredients (APIs) and their formulations, including paracetamol, vitamins, hormones and antibiotics accounting for about 10per cent of India’s total pharmaceutical exports. Later, on 25 March 2020, the Export Policy was amended (Amendment in Export Policy of Hydroxychloroquine and its Formulations) to restrict export of API and formulations of hydroxychloroquine, the ‘wonder drug’, for the treatment of COVID-19 conditions. These measures are aimed at ensuring availability medicines in India. As India is the major supplier of generic medicines globally, a number of countries have initiated measures to assess the impact of this restriction on their public health programmes.

As the economic, public health and national security challenges of excessive dependence on China for APIs and intermediates was becoming clearer, Government of India appointed a Committee headed by then Secretary of Department of Health Research Dr VM Katoch to recommend measures for promoting indigenous production of APIs. The Committee submitted its recommendations to GoI in 2015 which included establishment of mega API parks. However, Government’s efforts to establish API Parks have not been successful.

Private sector firms turned down Government’s proposal for establishing API parks as it did not make any economic sense to them. This proposal would make a business sense only when they are able to achieve price advantage over Chinese firms. Only technology can help them in gaining the price competence. And greener technologies are required as API sector has been identified as one of the 18 highly polluting industries in India by the Pollution Control Board. As cheaper imports are available, the private sector in India doesn’t have the compulsion to invest in R&D for the development of these technologies.

Who should then develop these technologies? The public sector universities, research institutes and enterprises should endeavour where the private sector is not forthcoming. We have already cases of public sector institutions coming up with cost effective technologies. For example, Prof C Gopinathan of Department of Biotechnology, University of Calicut, has developed a process technology for the production of Penicillin from waste fruits, which is pending scrutiny for patent approval in Indian Patent Office (patent application number 201841005087, dated 10 February 2018). This process uses solid state fermentation technology, which is more environmentally friendly and cost effective. According to Prof Gopinathan production of penicillin using this process technology is 25-33 percent cheaper as compared to conventional penicillin production technologies. Similarly, production of APIs and intermediates from wasted vegetables and food grains needs to be explored; tonnes of vegetables and grains are wasted in India. Such technologies need to be scaled up for use in production units which calls for a vibrant industry-academia engagement and intervention of organisations like National Research and Development Corporation (NRDC).

Should the public sector be investing for the development of technologies? India’s own experience of development of a generic pharma industry shows that the public sector has an important role. Public sector enterprises (PSEs) such as Hindustan Antibiotics Ltd. (HAL), Indian Drugs and Pharmaceuticals Ltd. (IDPL) and CSIR laboratories such as Central Drug Research Institute (CDRI) had played a key role in the acquisition, dissemination and development of technologies required by the Indian pharma industry in the 1970s and 80s. It was only through the strategic role played by the public sector that India could develop its generic pharma industry. The public sector should continue to play an important role, if Government’s efforts at promotion of indigenous production of APIs and intermediates are to succeed. The policy focus should also turn away from mere selling off PSEs to strategically positioning them to meet India’s economic and public policy challenges.

Even the champions of the ‘so called’ free economies recognise the strategic role that the PSUs play in the technology front. The US President’s Budget 2020 is providing for a hike in the federal funding for R&D. Justification for this is that federal contributions in early-stage R&D can help lay the technical and scientific foundations “particularly those that require sustained support before becoming attractive for private sector investment”. Therefore, Government of India should not hesitate from involving PSEs and public sector academic institutions in finding a solution to reduce import dependence on China for APIs and intermediates and promoting their production within India.

A wake-up call for One Health