Renuka Abraham, Senior Associate and Priya Venkatesan, Associate with Spice Route Legal’s corporate practice group explain that there is a necessity to regulate the sale of OTC drugs and e-pharmacies, but also caution that lawmakers need to tread carefully to avoid excessive regulation in these areas which are poised for innovation and change 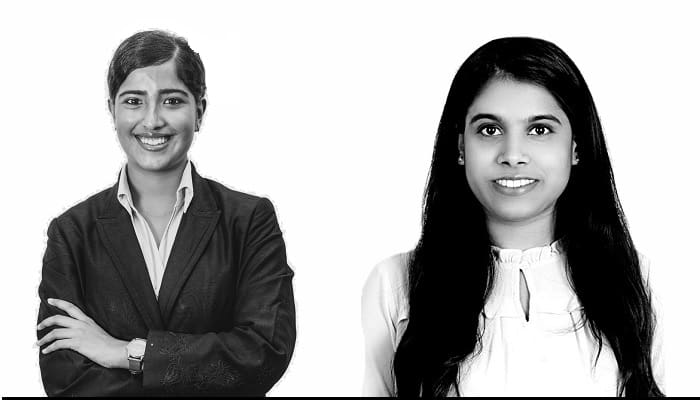 It is not an uncommon trend in India to self-medicate for minor bodily discomforts. The COVID-19 pandemic has in all probability only served to exacerbate this trend. Online sales of medicinal drugs have also seen a major uptick in the past year. Self-medicating with half-baked knowledge, or consuming a drug at higher dosages for recreational purposes, can have extremely serious consequences. How do current Indian regulations keep a check on such activities, especially insofar as they apply to OTC drugs and the online sale of drugs, through e-pharmacies?

Manufacturing and sale of drugs fall under the Concurrent List of the Indian Constitution, and hence, is regulated by both central and state governments. As a result, both the central licensing authority (Central Drugs Standard Control Organisation) and the relevant state licensing authority (Food and Drug Administrations of various states) are responsible for testing and licensing drugs in India. The primary central legislation governing drugs in India is the Drugs and Cosmetics Act, 1940 (Act) and the corresponding rules – Drugs and Cosmetic Rules, 1945 (Rules).

Medicinal drugs can be categorised into two types – prescription drugs (for example, Hepatitis B. Vaccine, Insulin Human), and over-the-counter (OTC)drugs (such as Paracetamol). The purchase of a prescription drug is only allowed with a valid prescription from a registered medical practitioner; this requirement is however waived for the purchase of OTC drugs. The drugs consultative committee (formed under the Act to advise the central and state governments and drugs technical advisory board), has acknowledged this lacuna in the regulations and has contemplated bringing laws to govern OTC drugs.

In 2019, the drugs consultative committee was appraised of the recommendations made by a sub-committee led by Ravi Shankar (Shankar Committee). The drugs consultative committee formed another sub-committee under the chairmanship of NK Ahooja to review the recommendations of the Shankar Committee (Ahooja Committee). The Ahooja Committee proposed that OTC drugs should be categorised into OTC-1 and OTC-2 based on multiple factors including the drug’s therapeutic index, need for accessibility to patients, the extent of safety, availability, non-habit-forming nature, its present supply-chain mechanism, and even socio-economic conditions of the country. The Ahooja Committee also recommended regulating the sale and advertisement of OTC drugs in India. However, two years on, these recommendations are yet to be adopted.

India does not currently have any specific regulations governing e-pharmacies. Online sale of medicines is not covered under any specific law and is instead governed by the Act, the Rules, and the Information Technology Act, 2000, among various other laws. Coupled with the lack of strict laws governing OTC drugs, we believe concerns around the misuse of e-pharmacies for online purchases for prescriptive drugs are well-founded.

With the rise in online demand for the purchase of medicinal drugs, the Ministry of Health and Family Welfare had published a draft regulation in 2018 to amend the Rules. The proposed draft amendment would add ‘Part VIB’to the Rules, explicitly governing the sale of drugs by e-pharmacies. It defines the term “e-pharmacy” as “the business of distribution or sale, stock, exhibit or offer for sale of drugs through a web portal or any other electronic mode.” The draft amendment proposes that e-pharmacies must be registered with the central licensing authority and also lays down the procedure to sell medicines online, including that all e-pharmacy business activities must be conducted through an “e-pharmacy portal”. Under the application for registration, as per this proposed amendment, e-pharmacies would also be restricted from selling narcotic and psychotropic substances as defined under the Narcotic Drugs and Psychotropic Substances Act, 1985, as well as tranquilisers and those drugs specified in Schedule X of the Rules.

In the meanwhile, the Delhi High Court passed an order in Zaheer Ahmed v. Union of India, prohibiting the online sale of drugs pending the enactment of proper rules to govern e-pharmacies and their business activities. Complying with this order, on 4 December 2019, the drugs control department of the Government of NCT, Delhi released an advisory addressing the All Chemists Association of Delhi, directing that ‘no person shall engage in an activity associated with online sales of drugs without a licence’. Given that the legislature is yet to pass any amendment to the Rules, including those discussed above, it is not clear whether this direction would in any manner restrict the online sale of drugs, in other states.

The lack of adequate regulations governing the sale of OTC drugs is a significant concern that needs the urgent attention of the Indian regulators. Additionally, given the general shift of the urban Indian population towards purchasing drugs from e-pharmacies over traditional ‘Kirana shop’ chemists, Indian lawmakers should also separately legislate on the regulation of e-pharmacies and the online sale of drugs. While there is a necessity to regulate the sale of drugs and e-pharmacies, our lawmakers must tread carefully to avoid excessive regulation in an industry which is poised for innovation and change.

India to assess side effects of COVID-19 vaccine