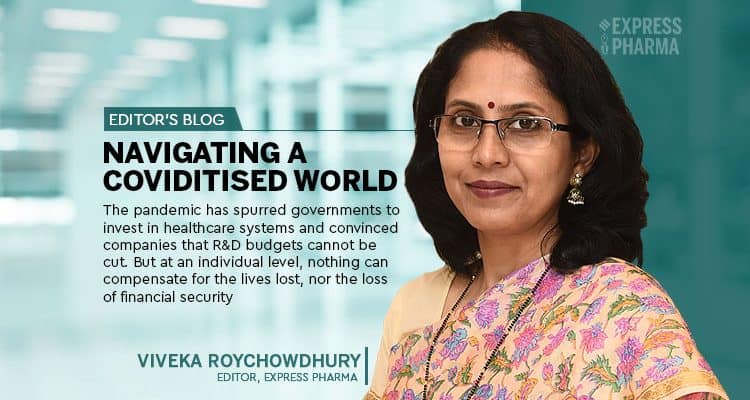 Russian roulette or Chinese whispers, both clichés are being bandied about to describe the efforts to promote the COVID-19 vaccines developed and now being promoted by these countries. Standing guard are regulatory authorities and thankfully, the decision making process is evolving with the pandemic.

For instance, rejecting DRL’s initial protocols for clinical trials of Russia’s Sputnik V COVID-19 vaccine, India’s regulators are insisting on separate Phase 2 and 3 trials. This is also a good sign that the authorities are not taking hasty decisions. Globally, after months of withholding information, Chinese authorities are reportedly in preliminary talks with the WHO to assess its vaccines for global use.

Recovery from the ‘COVID-19 quarter’ will be slow and painful for all sectors of the economy. Pharma companies with medications being used to treat COVID-19, kit and mask manufacturers and the like are clocking full production schedules but while volumes are picking up, value growth will be curtailed as governments cap prices to improve access.
However, strategic investors are taking a long term view of the sector. For instance, Goldman Sachs is reportedly tipped to buy stakes in Biocon Biologics. Piramal Pharma closed a deal for Rs 3523.40 crores, for a 20 per cent equity investment from the Carlyle Group.

Analysing the deals in the global pharma and healthcare sector between April to September 2020, Nelaturi Venkata Vishwanath, financial deals analyst, GlobalData notes that global deal activity in these sectors remained relatively resilient and witnessed consistent quarterly growth in deal value during the COVID-hit 2020. However, there was a slight decline in deal volume in Q3 compared to Q2.

Thus the trend is quite clear. In fact there could be more such investments in the pipeline as companies move to de-risk and diversify their supply chains. For instance, Indian dose sites are an untapped M&A opportunity for foreign contract manufacturing organisations (CMOs), points out Adam Bradbury, PharmSource analyst, GlobalData. According to his analysis, only three per cent of CMO Indian facilities that sell solid dose drugs to North America, Europe and Japan are foreign-owned. Only six US, five UK, and three German CMOs own solid dose manufacturing sites in India. Approximately 38 per cent of Indian solid dose facilities have the regulatory approvals to supply the US, Canada, EU, and Japan.

India’s domestic pharma sales is also showing very early signs of recovery. For the first time after five months of the COVID-19 crisis, AIOCD AWACS data tracking sales at the retail level showed a 4.5 per cent growth in September over August.

In the final analysis, will the COVID-19 pandemic be termed a “blessing in disguise” as US President Trump referred to his testing positive for the virus? It has spurred governments to invest in healthcare systems and convinced companies that R&D budgets cannot be cut. But at an individual level, nothing can compensate for the lives lost, nor the loss of financial security, due to job cuts, etc. The scars from this coronavirus will linger for a long time.