Heeding the clarion call for sustainability 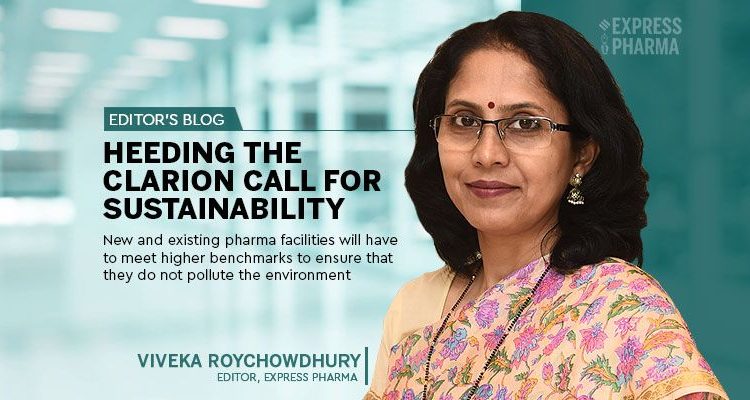 Finance Minister (FM) Nirmala Sitharaman’s pre-Diwali bonanza of corporate tax rate cuts in mid-September has garnered both praise and criticism. Media reports have quoted industry leaders hailing this move and promising to invest the surplus in capex growth but how many will actually walk the talk.

Four days after the FM’s announcements, on September 25, Mumbai-headquartered USV announced it would invest Rs 4000 million in a new formulation plant at Vadodara, Gujarat, with construction starting as early as next month. This is the initial capital investment at this facility, and according to a company release, it is separately investing in a new active pharma ingredient (API) plant at Ambernath, Maharashtra as well. While the USV management has linked their plans to the FM’s announcement, it is still too early to gauge if other pharma companies will follow suit.

It is clear that the FM was taking a few lessons from China’s playbook. Specifically for the pharma sector, the FM’s 15 per cent tax rate on new manufacturing units (like USV’s plant in Vadodara) compares favourably with China’s tax rate of approximately 16 per cent. The FM has thus met one of the key demands of India Pharma Inc to make pharma facilities in India more competitive with their Chinese counterparts.

But it is a well-known fact that the pharma sector is one of the most polluting industries. Pharma manufacturing norms are becoming more stringent the world over, to protect patients as well as the environment. New and existing pharma facilities will therefore have to meet higher benchmarks to ensure that they do not pollute the environment.

China has been cleaning up its act on this front. According to recent news reports, China’s Jiangsu province plans to close nine chemical parks and 1431 chemical companies. Will India take similar tough decisions? Au contraire, the resulting shortage of these chemicals, be they for the agri or pharma sector, is being seen as a not-to-be-missed opportunity for India!

The antimicrobial resistance (AMR) crisis has been a wake up call for policy makers across the world. No one can dispute the link between rising AMR and untreated effluents from antibiotic manufacturing units, though other factors like misuse of antibiotics in the livestock sector and irrational prescription and OTC use of antibiotic too play important roles.

Thus, promoters/investors of chemical and pharma companies will have to be proactive and incorporate green manufacturing and effluent treatment systems in greenfield pharma facilities, as well as upgrade existing facilities. They should realise the long term value in being ahead of the curve and embracing more sustainable manufacturing and effluent treatment technologies.
In fact, green is now good! Savvy ingredient providers are positioning their products as ‘greener’ than the competition and are working to educate their roster of pharma clients. To quote just one recent example, in early September, the Punjab Pollution Control Board (PPCB) partnered with Centrient Pharmaceuticals, a manufacturer of beta-lactam antibiotics, for a sensitisation workshop on the environmental aspects of AMR.

Centrient Pharmaceuticals, previously known as DSM Sinochem Pharmaceuticals and wholly owned by Bain Capital Private Equity is also a provider of next-generation statins and anti-fungals and thus covers a gamut of pharma ingredients.

In what could be seen as a veiled warning to the pharma sector, Professor Satwinder Singh Marwaha, Chairman of the Punjab Pollution Control Board (PPCB) who was present at the PPCB workshop, alluded to the possible revision in the environmental regulations for the pharma industry in the near term, to include antibiotic residue limits. This made it imperative, he said, that the industry be prepared well in advance in order to ensure successful adoption and implementation of these regulations.

While India’s National Action Plan on AMR calls on state governments to formulate goal-oriented Strategic Action Plans for Containment of AMR (SAPCAR) at state-level only two states, Kerala followed by Madhya Pradesh, have released their SAPCARs. According to media reports, both SAPCARs recognise the threat posed by untreated pharma waste in escalating AMR. In fact Madhya Pradesh’s plan reportedly goes a step further, targeting the training of its environment regulators over the coming years for proper enforcement of rules and to prevent release of untreated antibiotic residue into the environment via industrial effluents.

While pharma SEZs do have common effluent treatment plants (ETPs), Tim Rutten, Business Director Asia Pacific & Africa, Centrient Pharmaceuticals points out that antibiotic manufacturing units need to properly treat their effluent in order to remove APIs and antibiotic residue from it. According to him, the industry needs to take responsibility for this and realise that common treatment plants are often not equipped to remove these chemicals.

Irrespective of whether the FM’s gambit will play out as per script or not, AMR is not going to disappear. Pharma companies who preempt regulators on this front will be ahead of the pack.