Chandra Ganjoo, Group CPO & Executive Director, Trivitron Healthcare writes about the need for more women to be in leadership roles in corporate and how companies can boost gender diversity among their ranks 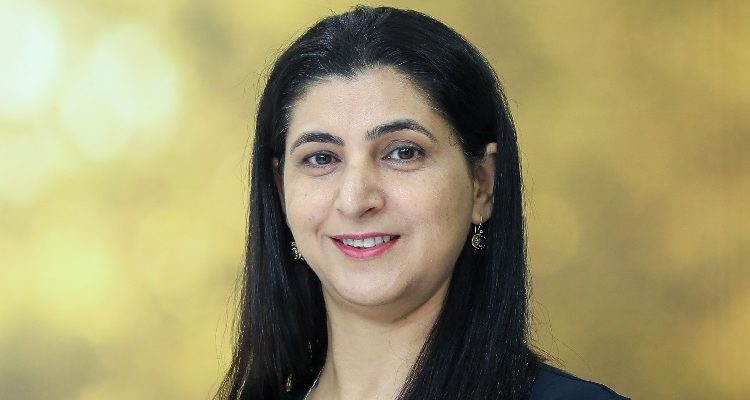 Chandra Ganjoo, Group CPO & Executive Director, Trivitron Healthcare writes about the need for more women to be in leadership roles in corporate and how companies can boost gender diversity among their ranks

Women leadership still remains a universal issue and a topic of debate although we are now more aware of the need to have women at leadership roles and also at the board level. Thankfully, India is one of the first developing countries to have enforced a quota– Legally we need to have at least one women director on the board of listed companies. Also, Female representation has increased to 13 per cent from 5 per cent in the NIFTY Companies. But clearly more needs to be done and every stakeholder has to take the ownership and more importantly the WOMEN herself has to come forward and take control!

Swami Vivekananda once said, “Women education and the empowerment are not in the hands of others, the powers are inherently present in the women”.

We need to provide gender equality in education, in recruitment, in job responsibilities, in work environment and companies need to embrace the diversity and should put in place the systems and processes which will end discriminatory practices and create an environment which allows for equal opportunity and collaboration. Women don’t need special privileges, they need a platform to perform and a canvas to paint. The support from family is equally important and they need to believe in her capabilities and in her dreams. The most important factor in making women self-sufficient is her own willingness to pursue her dreams no matter what comes her way.

The Healthcare working group comprises of 78 per cent of women however there is still under-representation of women in leadership roles. The qualities that will represent a powerful woman leader in the industry is her active participation within her own organization, democratic leadership, encouraging others and nurturing new talent. Increased visibility of women at the senior leadership will send a clear message that company value’s diversity of thought and expertise – this sets the tone for advancing their overall governance agenda.

In the present scenario, there are many Indian companies which have effectively demonstrated how women can play an important role in the workforce. Today, in several sectors such as IT, Media, Healthcare and hospitality women have bridged the gender divide quite effortlessly through their resolute efforts. If your foundation isn’t strong enough, it will not take much time for the blocks above to tumble and fall. Let the mental strength be a priority for every woman so that it only empowers her to achieve all the things that she dreams of. Let empowerment originates from her.

My advice to women “Believe in yourself, if you don’t, no one else will”.

Shri Narendra Modi, Honourable Prime Minister of India recently announced that he would give control of his social media accounts to “inspiring” women for a day on the occasion of Women’s Day (March 8) this year. The core of this initiative is to highlight how Indian women are transforming their lives and particularly Indian society. No doubt, there has been a positive transformation globally however women still have a long way to go in creating a generation capable of delivering future change.

A lot has been done on this front, corporate’s has recognised and accepted the importance of diversity and inclusion in the workplace. It has opened up on establishing practices to increase the participation of women in the workplace across levels and verticals. This has led to greater investments in increasing the percentage of women with buy-in from top management — an important step towards achieving gender parity at all levels of an organisation.

However, women empowerment is not only about offering equal rights to women. It also means creating opportunities for entrepreneurship, increased safety, ease in day-to-day living and more specifically addressing issues of women health and well-being. Poor health & hygiene of women is directly linked with a majority of issues such as school dropouts, gender inequality and lower participation in nation-building. `

The aim of having a “planet 50-50” by 2030 can only be achieved if we are open to supporting major transformative shifts, integrated approaches and inclusive decisions from kitchens to boardrooms. Additionally, we must act together to put an end to various forms of gender violence and sexism, and secure access to quality health, resources, education and participation in the decision making bodies for girls and women.

The year 2020 represents an unmissable opportunity to mobilise global action to achieve gender equality and human rights of all women and girls. Let us join hands together to acknowledge the vitality of women in our lives. Let’s pledge to foster a society inclusive of all. Let us voice their concerns and make them realize that their opinions do matter. Let us fill the gender divide bit by bit.

Without innovation in Ayurveda, we can’t get global recognition: Piyush Goyal