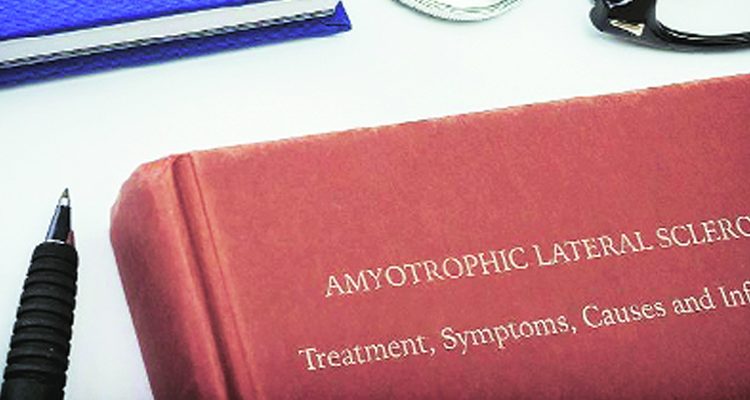 ALS is a neurodegenerative disorder that severely affects voluntary movement of muscles and can lead to paralysis and death. It occurs due to changes in specific genes, which may be triggered by factors such as smoking, exposure to toxins, metals and pesticides.

The results of this research, performed by a team lead by Dr Basant Kumar Patel, Dr Sandeep Singh and Dr Rajakumara Eerappa, faculty from the Department of Biotechnology, IIT Hyderabad, and Prof. Ganesan Prabushankar, Department of Chemistry, IIT Hyderabad, has recently been published in the reputed peer-reviewed International Journal of Biological Macromolecules.

The paper has been co-authored by these scientists along with research scholars – Amandeep Girdhar, Vidhya Bharathi, Vikas Ramyagya Tiwari, Suman Abhishek, Waghela Deeksha, Usha Saraswat Mahawar, and Gembali Raju.
There are no drugs available at present to cure ALS and treatment options are limited to two drugs only for management of the condition. Research is ongoing throughout the world to find better drugs that can arrest this disorder and not merely manage the symptoms. Such research must first identify the causes for the onset of ALS.

Elaborating on this research, Dr Basant Kumar Patel, Associate Professor, Department of Biotechnology, IIT Hyderabad, said, “One of the causes of ALS is the alterations in the genes that code for a critical protein called TDP-43. The gene alteration modifies the protein, which results in its liquid-liquid phase separation. This phase separation in turn causes the proteins to be deposited on nerve cells, resulting in neurodegeneration.”

The ‘ice bucket challenge,’ which went viral in the U.S. and the UK in 2014, created awareness about this disease among people. The disease is relatively unknown in India although Indians seem to have an earlier onset of this malady compared to people of the West and show longer lasting symptoms and disease progression.

In 2016, Dr Patel and Prof G Prabushankar found a small molecule called ‘AIM4,’ which seemed to be better than the other related molecules that have been studied all around the world, in its ability to inhibit abnormal aggregation of TDP-43 in vitro ALS disease model systems. Armed with this knowledge, the IITH scientists proceeded to analyse this molecule and study its action on TDP-43, to predict how it would potentially inhibit the deposition of the protein in nerve cells. The results of this work have recently been published in the above journal.
Dr Patel added, “We have shown that AIM4 prevents liquid-liquid phase separation of the modified protein, TDP-43-A315T. By this, AIM4 prevents aggregation of the protein and may potentially prevent the deposition on neurons.”

The research group compared the ability of AIM4 to prevent protein phase separation with that of other molecules such as Dimebon. Dimebon is an antihistamine that was studied for treatment of neurodegenerative disorders by an American pharmaceutical company but failed clinical trials.  The IIT Hyderabad Research team found that AIM4 was better than such earlier molecules in preventing protein phase separation.

The research team has also discovered through computational studies that AIM4 has specific binding site on this protein and binding energy calculations have shown that the bond between AIM4 and the mutant protein is energetically favourable, which makes it a promising drug for potential treatment of ALS. “This work is an important step forward in the area of therapeutics of the neurodegenerative disease ALS as current options for ALS are minimal or even non-existent”, said Dr Patel. The work by the IITH researchers shows that AIM4 is a promising molecule that must be studied further for development of drugs for ALS and perhaps even other neurodegenerative diseases.

FDAlytics is an intelligent assistant platform to help in GXP