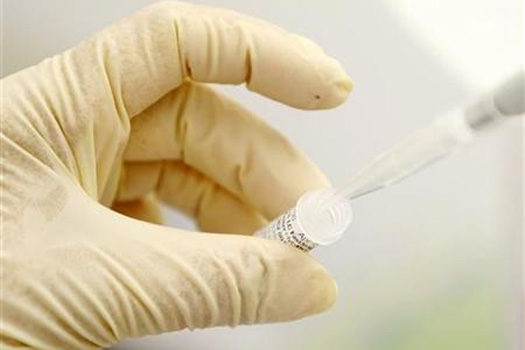 While they are generally well tolerated, some patients receiving fluoroquinolones develop severe health problems, among them tendon rupture, permanent nerve damage or depression

Antibiotics have saved many lives by rescuing patients with bacterial or fungal infections, but these valuable drugs also have a dark side. As most medical drugs, also many antibiotics can have undesired effects on the body’s metabolism, causing more or less severe symptoms.

The group of fluoroquinolones with its most famous member ciprofloxacin is such a case: Fluoroquinolones are some of the most frequently used broad-spectrum antibacterial antibiotics, and usually prescribed for respiratory, urinary or ear infections. While they are generally well tolerated, some patients receiving fluoroquinolones develop severe health problems, among them tendon rupture, permanent nerve damage or depression. The reasons for these side effects are yet unclear.

A study carried out at the University of Eastern Finland and published in Nucleic Acids Research investigated the effect of ciprofloxacin on mitochondria, the important cell organelles in our body that produce the energy for cellular function. Mitochondria possess their own small circular genome, which requires topoisomerase enzymes for its maintenance. Topoisomerases regulate the topology of DNA and untangle for instance knots and overwound stretches of a genome by cutting and reconnecting the DNA sequence. While fluoroquinolones are designed to inhibit the bacterial topoisomerase gyrase, which leads to the death of the bacterium, they also inhibit the topoisomerase 2 of our own cells.

“We noticed that topoisomerase 2 is especially important in the replication of the mitochondrial genome, as it regulates the winding of this small DNA molecule by removing positive twists,” said Steffi Goffart, Academy Research Fellow, University of Eastern Finland.

Ciprofloxacin stopped this normal maintenance and transcription of mitochondrial DNA by changing mtDNA topology, causing impaired mitochondrial energy production and blocking cellular growth and differentiation. This dramatic impact on mitochondrial DNA is the likely cause for most negative side effects experienced by patients, and also a reason to use fluoroquinolone antibiotics with great caution.