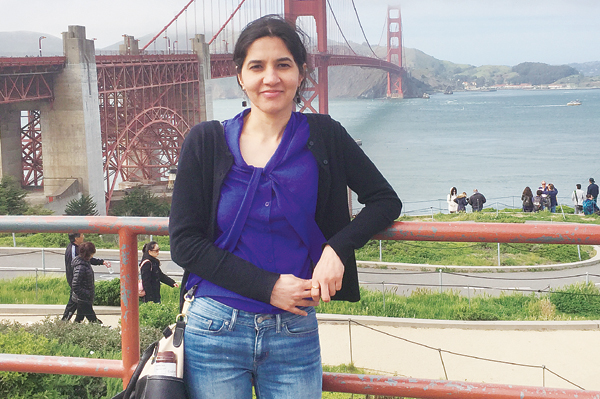 Cancer is a disease caused by genetic mutation, which leads to uncontrolled proliferation of abnormal cells and their infiltration in normal tissues and organs of human body. Cancer is a global health problem and  one of the leading causes of death worldwide including India. According to World Health Organization (WHO) reports, in 2015, cancer was responsible for 8.8 million deaths in 2015 with approximately 70 per cent cancer deaths occurring in low and middle-income countries. In India alone, cancer accounted for about 949,000 new cases and 634,000 deaths in 20081. Air pollution and smoking and chewing tobacco are the chief causes of cancer in India.

One of the common challenges facing Indian oncology system and many other less developing countries is the lack of enough funding for basic cancer research and unaffordable cost of cancer drugs. Shortage of funds holds back  innovation and new breakthrough research that provides compelling evidence to move the molecule forward in the therapeutic and diagnostic pipeline. In order to overcome this challenge, Indian scientists and academicians are working in collaboration with scientists and prominent institutes across the globe, particularly the United States of America, Singapore and Germany to generate enough funding for cutting edge cancer research and bring affordable medicines and cost effective treatments to patients.

This collaborative approach can make a huge difference and is leading to huge advances in the cancer scenario in the years to come.

In the pursuit of finding an utmost effective cancer treatment and with an interest in scientific research and drug development, I worked on probing high affinity DNA aptamer sequences against heparin binding domain (HBD) of VEGF165 protein and investigating the antiproliferative activity of the obtained high affinity aptamer sequence on cancer cells. VEGF is a mitogenic protein that causes angiogenesis and cancer progression in human body and is a popular therapeutic target for cancer treatment. I feel that this research can help scientists seeking a cost-effective way to synthesise aptamers.  I believe it has the potentialto deliver innovative and life-changing treatment for cancer patients and thereby making an impact on the society globally.

Aptamer are single stranded nucleic acid molecules that bind with high affinity and high specificity to their cognate targets. I adopted a novel stem-loop structural modification strategy to locate high binding sequences in 66-mer long DNA antiVEGF aptamer sequence. It resulted in discovering many truncated high binding affinity sequences with one of the obtained sequence displaying >200-fold increase in the binding affinity for HBD of VEGF protein. The binding affinity and specificity was confirmed both on the purified protein and colorectal cancer cells. The sequence was further chemically modified to enhance its biostability and its antiproliferative activity was investigated on different cancer cells. The modified sequence demonstrated antiproliferative activity of  >50 per cent against Hep G2 cancer cells and >20 per cent breast cancer cells in hypoxia conditions and also displayed downregulation of Jagged-1 protein in delta/jagged-notch signaling pathway.  The research has been published in peer-reviewed journals and cited by scientists and researchers worldwide2,3.

The unique stem-loop modification strategy employed in this work could be useful in identifying binding domain (s) in a aptamer sequence resulting in elimination of unnecessary nucleotides in the sequence and cost-effective synthesis of aptamer sequence (s) for future research work. In addition, the identified sequence in this work has lot of potential in oligonucleotide based cancer therapeutics and diagnostic applications. Most recently, my review paper as first author on “Aptamers in the therapeutics and diagnostics pipelines” got published in a well-reputed and peerreviewed “Theranostics” journal4. This review paper discusses in detail about the theranostic potential (both therapeutic and diagnostic potential) of aptamers in the current and future therapeutics and diagnostics pipelines and challenges associated with them. Few of the aptamers mentioned in my paper have potential to hit the market in the coming few years. The links for some of the scientific work could be find below in this article.

For emerging technologies in pharma, choosing the right solution is always a challenge