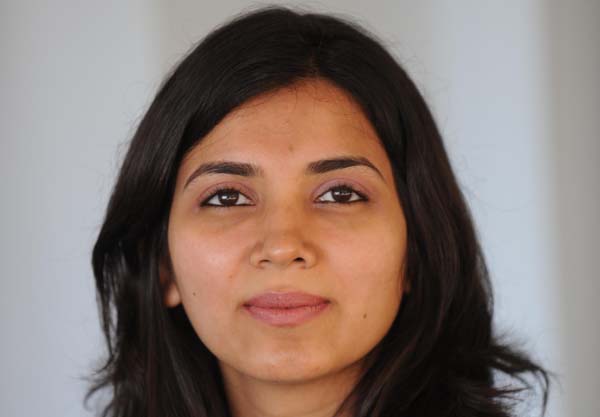 According to the World Health Organization (WHO), one in ten medicines in developing countries is fake or substandard. Malaria drugs and antibiotics are among the most commonly reported. However, substandard drugs for cancer, heart disease and HIV, as well as contraceptives and painkillers are also on a rise. Poor quality drugs could endanger health, prolong illness and can also add to the danger of antibiotic resistance. For its part, the London School of Hygiene and Tropical Medicine has estimated that 116,000 additional deaths from malaria could be caused each year by poor quality antimalarials in Sub-Saharan Africa. The WHO estimated that up to 72,000 deaths from childhood pneumonia could be attributed to the use of substandard or fake antibiotics. A report published by WHO on November 28, 2017 highlighted that of the 1500 reports of fake and low-quality medicines, 42 per cent were from Sub-Saharan Africa, 21 per cent from Europe and 21 per cent from the region of the Americas.

The Ministry of Health, Government of Mozambique has taken a leap towards curbing substandard goods from being imported into Mozambique. To this effect, they have implemented a programme of pre-shipment inspection and testing of all pharmaceuticals goods imported into Mozambique. They have started this programme with imports from India since India is their largest supplier of medicines. Approximately, 60-70 per cent of its pharma imports are from India. In value terms, Mozambique imports approximately $88 million worth of medicines from India according to EXIM Database. The Ministry of Health, Government of Mozambique has exclusively appointed Quntrol Laboratories in India to implement the process of pre-shipment inspection and testing for pharma consignments exported from India to Mozambique.

Quntrol Laboratories Private is an independent third-party company offering services of inspection, testing, verification and certification of pharma products. In June 2017, the Ministry of Health signed the MoU with Quntrol to solely appoint us to carry out this process for all pharmaceutical consignments shipped from India to Mozambique. Quntrol’s core expertise is in pharmaceuticals wherein they carry out document verification, inspection and sampling of pharma  consignments, conduct analytical testing of the samples and provide a Clean Report of Inspection and Analysis (CRIA) for the goods exported from India. Quntrol follows best-in-class practices to provide the services. Most importantly, they provide complete transparency and ensure integrity of the process through their advanced proprietary digital software platform. Quntrol’s CRIA is a mandatory document required by Mozambique customs to authorize import of the consignment into Mozambique. he process has had a big impact across every stakeholder, namely the manufacturers, importers, the government and lastly the patients who consume the medication. The exporter is benefited by getting added assurance of the quality of their goods through a third party validation and can save resources by avoiding potential recalls. The importers are assured of the quality of the medicines they are importing and satisfied by knowing beforehand that they are importing what they have ordered. The government is assured of importation of quality medicines and with this policy it can safeguard the health of its citizens. Finally, the consumers have more trust in the medicines they are consuming and is assured of desired outcomes due to independent proof of quality and safety of medicines.

One of the key challenges with respect to pharma quality assurance is known to be integrity of data. Quntrol has developed a software called Quntrol Advantage which is a digital platform that ensures complete transparency and integrity of the process of pre-shipment inspection and testing. Exporters create an account on the portal after they complete registration. Thereafter, they can raise inspection requests and all export related and product quality related documents are uploaded by them on the portal. Quntrol verifies the documents on the portal and schedules the inspection. All relevant documents pertaining to the inspection and testing of the samples drawn during inspection and tested in the laboratory are made available to the Ministry of Health in a special section of the portal, allowing them to be viewed in real time.

Apart from the digital software run process, Quntrol has also ensured various checks and balances to ensure complete integrity of the process. This includes anonymity of the laboratories where analysis takes place, sampling plan generated automatically on the software through an algorithm, sampling plan kept confidential until the time of inspection and security features in the CRIA to avoid duplication.

With this process being implemented for Mozambique since April 1, 2018, there has been considerable positive impact that has been created. Mozambique has traceability to where the goods were manufactured and whether those sites have adequate licenses and GMP certificates to carry out manufacturing. They can now view data regarding the importers in their country, which products are most commonly being imported, and when the majority of imports take place. Several products have been rejected on the grounds of low content in assay and above limit impurities in related substances. Hence, importation of substandard goods has been avoided. Third party validation of quality has increased seller, buyer and consumer confidence. Manufacturers in India have begun to pay much closer attention to their documentation and quality of products as well. This can only help the manufacturers in the long run, as with better quality control measures being implemented internally, their opportunities for expansion into more tightly regulated markets greatly increases.

For a long time now, India has been known as the pharmacy capital of the world. What is also spoken about by importing countries is the lack of quality control implemented by Indian manufacturers. It is the aim of Quntrol Laboratories that India will be referred to as a nation exporting pharmaceutical goods of the highest quality, and make Indian pharma products the envy of nations worldwide.