The future of pharma engineering in the age of robots 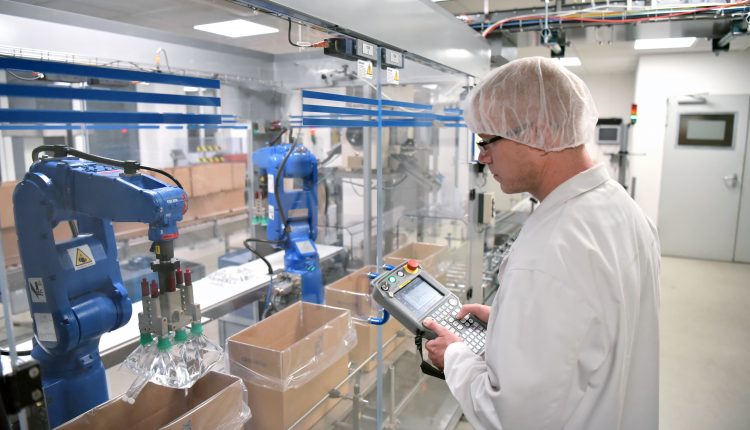 Ashwani Singh, Senior Vice President – Corporate & Strategy, Fabtech Technologies International, elaborates on how smart machines will continue to get smarter as they get access to more data making factories even more efficient than before.

The third wave of the Industrial Revolution, or Industry 3.0, saw computers completely disrupting the manufacturing sector. They heralded a faster pace of automation of production and processes using computer chips controlled by PLCs to RFID for tracking and monitoring operations. This disruption continues as Industry 4.0 optimises the computerisation of the third wave, with automation and data exchange in manufacturing technologies through cyber-physical systems, IoT (Internet of Things), cloud and cognitive computing. Smart machines will continue to get smarter as they get access to more data making our factories even more efficient than before.

One key aspect of this fourth wave disruption is robotics. Once only available to large corporations with deep pockets, robotics has become not only affordable but even commonplace. Over the years, we have seen robots move from page and screen to become fixtures in factories and warehouses and even our personal lives. From picking products at a warehouse and getting them ready to ship to tiny home robots that clean our floors and drive our cars, robots are an undeniable reality.

In pharma also we’ve come a long way from embedded computer chips controlled by a computer or a PLC (Programmable Logic Controller). Most filling and sealing units have automatic cartonators and inspection units inbuilt. Even packing for shipping is automated. Automation extends to manufacturing operations like scooping ingredients, weighing, mixing, granulating using PLCs. Actions are automatically recorded, ensuring data – so vital to the pharma manufacturing industry — is automatically captured as the batch progresses. Today a manufacturer’s appetite alone defines the level and complexity of automated processes.

Regulators like the US FDA have also upped the ante demanding validation of these computers and PLCs to ensure they adhere to GMP principles and cannot be manipulated.

With automation becoming central to pharma manufacturing, minimising workload and maintaining higher levels of accuracy, robotics offers the next wave of transformation. An added benefit is that everything a robot does can be automatically accounted for and immediately verified.

In pharma engineering, robotics is the use of automated systems including sensors, an intelligent algorithm and an actuator. Generally, robots used in pharma engineering fall into two broad main categories — arm robots and parallel robots. Arm robots structurally resemble the human arm and are generally used for pick-and-place functions. Parallel robots involve a platform mounted on legs and are more precise.

Apart from all other considerations like efficiency and increased productivity, the economic benefits of implementing robotic systems too are worthy of consideration. Like most technology, the cost of robots is steadily decreasing. Any business person can see the fiscal advantages in replacing outdated, slow or obsolete equipment with robotic components that offer automation with flexibility and sustainability.

Industry growth, coupled with high costs of new drug discovery, means the demand for robotics in clinical trials and drug discovery and even in the laboratory is growing exponentially. Big Pharma is making massive investments in AI, as made evident by GSK’s deal in 2018 with British AI firm, Exscientia. This demand can change the face of drug development by radically speeding up the drug discovery process and helping patients in urgent need of specialist treatments.

Robots are equally of value in areas where humans are at risk like potentially hazardous settings, biological dangers, radioactive contamination, and toxic chemotherapy compounds.

Reducing human labour by using pharmaceutical robotic machines also brings manufacturing costs down. These machines can work three to four times faster than humans, and they can work in three shifts. Reducing production costs will help companies raise long-term ROI and drive down end-user costs of these products, making them more affordable.

The pharma engineering sector in India though urgently needs to reinvent itself to avoid being swept away by the transformative wave of robotics. Robotics and AI present a vast opportunity to minimise human error and improve operational efficiency. Pharma engineering companies in India must become flagbearers of the next phase of evolution rather than reluctant adopters struggling to catch up. The world over, across industries, we are seeing how companies are using robots to improve efficiencies in their production capacities. Errors and mistakes are being minimised, almost nullified, and human workers are up-skilling to move from simple manual operators to modern-day workers who embrace technology.

Even in India, there are startups revolutionising logistics and information dissemination and mechanical operations using robotics. There are robotics innovations aimed at increasing factory efficiencies. The use of robots across applications in India is actually growing at twice the global rate. Robots are already active, large-scale components of the workforce in industries as diverse as automobiles and IT and sanitation.

Is automation in all segments the future in countries like India where unemployment is still rife, and labour is abundant and abundantly cheap? Could robots take jobs? The answer is a resounding YES! The World Economic Forum released a Future of Jobs study, which predicted a loss of 5 million jobs to artificial intelligence, robotics, nanotechnology and other socio-economic factors. The study came with good news too, stating that these technological advances will also create more than 2 million new jobs. It is no longer a matter of debate whether robotics will change workplace dynamics. What’s up for debate is how companies and governments make use of the advantages of robotics without making human workers redundant. The future of the workforce doesn’t need to be robots facing off against humans. Instead it can be humans supported by robots to work faster and better and more efficiently. This is especially true in a country like India, where the emerging workforce is still young and eager to learn and compete in a global economy.

What this demands though is an investment — of time and money — in urgent reskilling. Manual and clerical workers who find themselves out of work are unlikely to immediately have the skills needed to compete for the new roles. Most new jobs will be in more specialised areas such as computing, mathematics, architecture and engineering. Governments and employers in every sector are being urged to retrain and reskill workers to avoid a crisis.

In India, there is already a desperate and urgent call for reskilling. Without imparting the skills workers will need to take advantage of the innovations offered by robotics, industry will not be able to reap all the benefits on offer. Skilling for this upcoming future also demands an overhaul of our education system. Rote learning does not impart skills like critical thinking, creativity and lateral thinking that will be needed in a world where our colleagues on the shop floor won’t necessarily always be human.