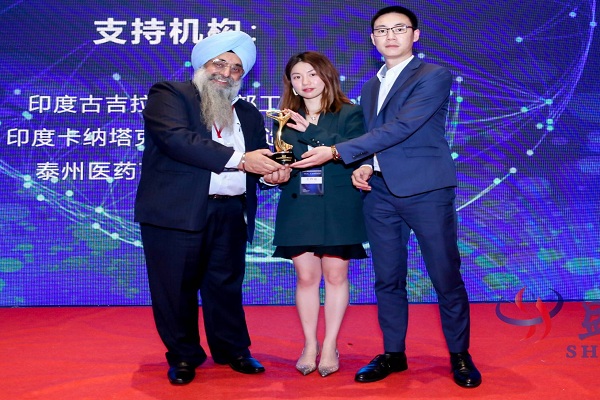 Professor Bhoop has been bestowed upon with the coveted award for his exemplary and seminal contribution towards steering pharmaceutical industry across the globe on various QbD paradigms. Over 500 participants and resource persons from the USA, Canada, India, China, Singapore and beyond participated in the Summit. On this occasion, Professor Bhoop also delivered a one-hour expert talk on the topic, “Omnipresence of QbD during Product Lifecycle: Quality Excellence Precedes Federal Compliance.”

Professor Bhoop has delivered over 300 invited talks in India and overseas, including the USA, Canada, UK, Germany, China, Thailand, Hong Kong, Kuwait, Dubai and Bangladesh primarily on QbD. He holds the unique distinction of having duly trained several hundreds of industrial scientists under his direct guidance, especially on QbD. He has earned to his credit over 360 original publications (nearly with 150 exclusively on QbD), 15 books, five patents and tech-transfers of two nano-structured drug delivery technologies to pharma industry. He has handled 16 research projects fetching research grants of Rs 6.10 crores from government and corporate sectors, and guided/guiding nearly 100 research scholars including 31 doctoral and six post-doctoral researchers primarily on QbD-based scientific research in developing novel nanomedicines.