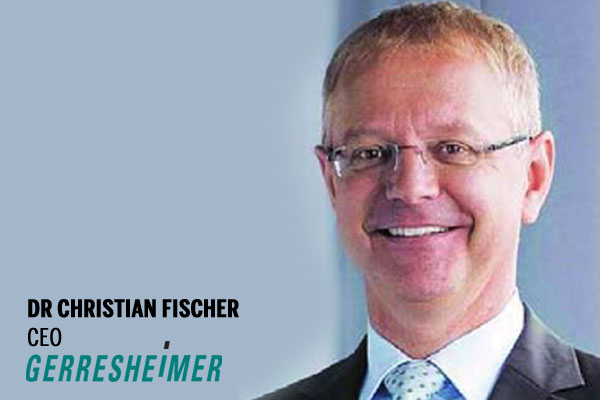 Dr Christian Fischer is to assume responsibility as CEO of Gerresheimer. He succeeds Uwe Röhrhoff. Fischer joined the Management Board as a regular member on August 1, 2017, having previously been President Performance Chemicals at BASF in Ludwigshafen, where he spent 24 years.

Dr Christian Fischer has been a member of the Management Board of Gerresheimer since August 2017. He joined BASF in 1993. Having started his career as a laboratory team leader, he went on to be Deputy Division Manager, Global Marketing Director, and Sales Director in different plastic divisions. As Group VP, Fine Chemicals Asia Pacific based in Hong Kong from 2004 to 2008, he was responsible for the production and marketing of products for the pharma, cosmetics, aroma, animal, and human nutrition industries. Between 2008 and 2014, he was as President responsible for BASF SE’s global materials and systems research. As President Performance Chemicals from 2015 to March 2017, he held overall responsibility for plastic additives, fuel and lubricant additives as well as chemicals for the mining, oilfield, water, paper, and leather industry. Christian Fischer holds a diploma degree in Chemistry (University of Regensburg) and a PhD in the same subject. He also has a degree in Business Administration (VWA Mannheim). He was appointed honorary professor at the Technical University of Munich (TUM) in 2014.

BOGE shapes the future of Industry 4.0