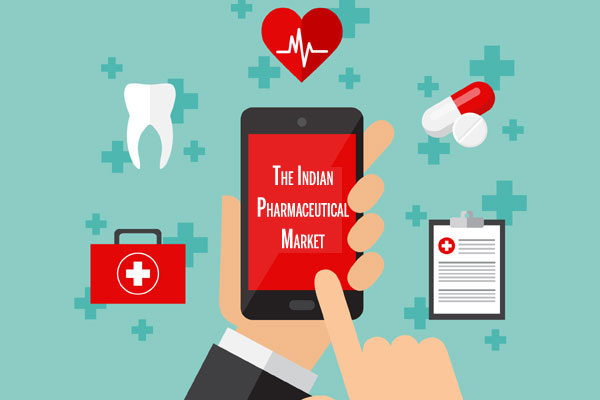 The Indian Pharmaceutical Market (IPM) clocked Rs 115052 crores of which the retail sector was valued at Rs 96759 crores as of MAT July 2017 with a growth of 6 per cent over last year. However, on a monthly level we do see a steep decline in growths to a tune of -7.6 per cent.

While industry saw a stress in their internal sales in the month of June due to GST implementation we did see a greater impact at the stockists level in the first 10 days of July. Therefore, we do see a de-growth across the Top 20 companies with a few exceptions like Torrent, Sanofi and USV who have recorded a positive growth for the month. Basis the current trend, we should expect a pull in sales in the first half of next month.

The impact can also be seen on the Top 10 brands of IPM as these brands which are valued at Rs 320 crores for the month of July 2017 have shown a combined single digit growth at 3per cent over SPLY. However, this impact is mainly due to high de-growth of two brands belonging to anti-infective therapy which are Monocef (-33 per cent) and Augmentin (-13 per cent). Other top 10 brands like Lantus (34 per cent), Janumet (18 per cent) and Galvus Met (13 per cent) have shown a double digit growth while remaining have also grown positively. A major change in the list of top 10 brands is exit of Spasmo-Proxyvon +, Prevenar and Dexorange whose place is taken by Thyronorm, Betadine and Monocef. Also, Novomix rose to fifth position to enter among top five brands. The impact has been more on brands ranked 11-20 which were valued at Rs 221 crore and showed a combined growth of (-3 per cent). Only Duphaston (31 per cent) and Shelcal (19 per cent) grew in double digits while seven brands showed negative growth.

Indian companies continued to dominate the IPM with a share of 79 per cent for the month of July 2017 and showed a de-growth of -8 per cent alike the IPM. MNCs maintained their 22 per cent share and for the first time in last one year showed a better situation than Indian companies in terms of growth as they had a combined growth of -4 per cent. Number one MNC Abbott (0 per cent) recorded a flat growth where as other top 10 MNCs like Sanofi (3 per cent), Novartis (1 per cent), MSD (6 per cent), Janssen (7 per cent) and Eli Lily (8 per cent) all showed a positive and better than market growth for the month.

Chronic therapy grew at 1 per cent and registered a better growth as compared to acute therapy (-12 per cent) which continues to dominate the IPM with 65 per cent share. Cardiac continues to be the largest therapy with a growth of 1 per cent while anti-infectives maintained its second position after displacing gastrointestinal therapy (third rank for July 2017) from the position last month. Anti-diabetic therapy continued to be the only therapy in IPM growing in double digit with a growth of 12 per cent while Derma (4 per cent) was the second fastest growing therapy. DPP IV Inhibitors and combination was valued at ` 215 crores for the month and continued to be the number one therapeutic class 4 with a strong 21 per cent growth. However, Amoxy and Clavulanic Acid Solids (-24 per cent) and Cough Preparation Ethicals (-31 per cent) recorded a high negative growth for the month.

Cardiac therapy has maintained its number one position in IPM. It has clocked a revenue of Rs 1121 crores and a growth rate of 1 per cent as compared to SPLY. It is only one of the three therapies from top 10 to show a positive growth. Rosuvastatin (Rs 61 crore), Atorvastatin (Rs 61 crore) and Telmisartan (Rs 50 crore) are the top three molecules in the therapy. Atorvastatin has continued to show high de-growth (-16 per cent) as compared to Rosuvastatin (3 per cent) and Telmisartan (9 per cent) both growing better than the therapy. Combination molecules contribute 40 per cent of sale in the cardiac therapy and have shown progressive growth at 4 per cent as compared to single molecules de-growing at (-6 per cent).

Anti-infective therapy which is valued at Rs 1100 crores for the month of July has seen the highest de-growth of (-25 per cent) and it being the second largest therapy has pulled down the overall growth of IPM. However, value wise it has shown a better performance than May 2017 and June 2017. Its top 10 molecules have all shown a double digit negative growth with Ceftriaxone Injectables (-36 per cent) having the largest impact. Amoxy and Clavulanic Acid Solids valued at Rs 99 crores and the biggest molecule in the therapy also showed a de-growth at -24 per cent. Even progressive molecules like Meropenam (-11 per cent) and Ceftriaxone + Salbactum (-16 per cent) performed poorly for the month.

Anti-diabetics continued to be the fastest growing therapy in IPM and for the month of July 2017 recorded a growth of 12 per cent over SPLY and a value of Rs 918 crores. It maintained its fourth position in the IPM for the month and with this pace is soon set to enter the top three therapies. Top 5 brands of the therapy which are Mixtard (Rs 52 crores), Glycomet-GP (Rs 38 crores), Lantus (Rs 34 crores), Janumet (Rs 33 crores) and Novomix (Rs 29 crores) are also the top 5 brands of IPM for the month of July 2017 and all these brands grew robustly. In fact only one of the top 30 brands, Azulix-MF (-4 per cent), has shown negative growth. Among molecules DPP4 Inhibitors (215 crores) and Glimepiride + Metformin (171 crores) together contribute 42 per cent sales of the therapy and are the two largest molecules in IPM. SGLT-2 Inhibitors maintained its progressive trend with growth for the month recorded at 104 per cent over SPLY. Only Metformin showed a negative growth (-6 per cent) among Top 10 molecules.

Pain/ analgesics marginally overtook Vitamins-Minerals-Nutrients (VMN) to take the  position in IPM for the month of July 2017 and recorded a value of Rs 739 crores at -10 per cent growth over SPLY. Calcitriol Combination was the largest molecule in therapy with a value of Rs 55 crores but showed a negative growth of -9 per cent. Only three molecules among top 10, Paracetamol + Tramadol (12 per cent), Paracetamol Injections (10 per cent) and Diclofenac Injectables (2 per cent), recorded a positive growth. Trypsin-Chymotrypsin (14 per cent) was the highest growing molecule having value above Rs 10 crores. Among top brands the number one brand Voveran (8 per cent) showed a stable growth whereas Ultracet (22 per cent) continued to grow robustly.

Dermatology clocked Rs 689 crores for the month of July 2017 and was only one of three therapies showing positive growth as well as the second fastest growing therapy in IPM with a growth of 4 per cent. Emollients remains the largest sub category within the therapy which grew at 2 per cent. Only two of top 10 molecules showed de-growth whereas the second largest molecule Itraconazole showed a tremendous growth of 83 per cent over SPLY. Luliconazole, which was launched just last year, has continued its impressive performance by clocking Rs 20 crores for the month of July 2017. Betadine continues to be the top brand in Derma therapy which grew at (-1 per cent) while Panderm+ (53 per cent) and Candiforce (63 per cent) are among top brands which recorded a strong growth. Brands like IT-Mac (129 per cent) and Lulifin (135 per cent) continued their progressive performance in the month of July 2017.

The global pharma market is valued at $1081 billion growing at 4.1 per cent. The US continues to dominate the market with 41.7 per cent market share with growth of 2.5 per cent.

Amongst the top market, India has notched up and is ranked 9th. Only market in the Top markets with more than 10 per cent growth is Brazil. Except Germany, the remaining Top 5 EU markets are all de-growing as per June 2017 data.

Miljon plans to cover 10 lakh chemists over next five years

Alembic Pharma gets US FDA approval for timolol maleate