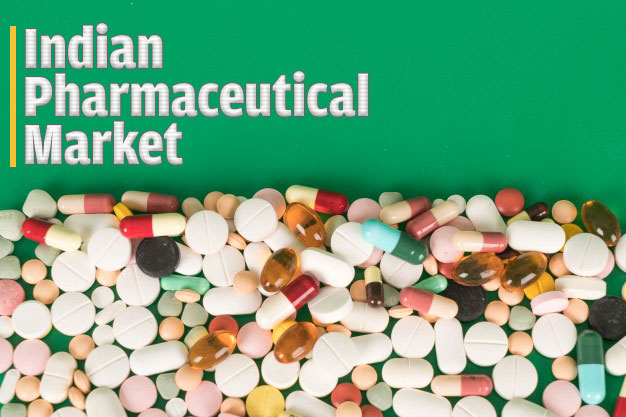 Anti-infective therapy was valued at Rs 1,454 crores and was the only therapy in top 10, other than respiratory to register a negative growth

Top 10 companies maintained 43 per cent of share in the IPM and these top companies have grown at par with the IPM by growing at 5 per cent SPLY. The top 150 companies continued to account for 97 per cent of IPM on MAT and month basis whereas Top 20 companies also maintained a share of 64 per cent in both MAT and month level. Lupin continues to be the fastest growing company among the Top 10 on MAT basis whereas on month basis Intas grew the fastest. Except Zydus Cadila all the Top 10 companies showed positive growth on MAT. Most of the companies in 11-20 bracket have an improvement as compared to July 2017 and have shown positive growth for the month apart from Aristo, Pfizer and Dr Reddys Lab which reflected a negative growth. Torrent Pharma and USV have grown in double digits while Emcure has shown 0 per cent growth.

Top 10 brands in the IPM showed revival in growth where these brands valued at Rs 348 crores for the month of August 2017 showed a combined growth of 8 per cent over SPLY. The growth would have been in double digit had it not been for a -24 per cent degrowth of Monocef which is the fourth largest brand in IPM. While top 2 brands Mixtard (7 per cent) and Glycomet-GP (6 per cent) showed a decent growth, other top 10 brands like Lantus (35 per cent), Janumet (13 per cent) and Dexorange (12 per cent) and Liv52 (24 per cent) have shown a double digit growth. The biggest positive change was for Augmentin which grew at 14 per cent as compared to negative growths over last few months. A major change in the list of top 10 brands as compared to July 2017 is exit of Galvus-Met and Thyronorm whose place is taken by Liv52 and Monocef. Also, Janumet lost two positions to be ranked sixth and lost its place in top 5 brands. Brands ranked 11-20 grew slower at combined growth of 6 per cent and were valued at Rs 263 crores. While Brands like Galvus-Met (23 per cent) and Spasmo-Proxyvon+ (18 per cent) registered a strong growth, others like Clavam (-12 per cent) and Thyronorm (-4 per cent) showed a negative growth resulting in pulling down of overall growth of the segment.

Indian companies continued their dominance in the IPM with a share of 79 per cent for the month of August 2017 and grew at par with the IPM with a growth of 5 per cent. MNCs also grew alike at 5 per cent and maintained their share of 21 per cent in the IPM. No. 1 MNC Abbott (8 per cent) recorded a growth better than the IPM whereas 2 of the top 10 MNCs, Pfizer (-8 per cent) and AstraZeneca (-4 per cent) showed a negative growth for the month. Top Indian company Sun Pharma showed a growth of 5 per cent with the IPM and except Aristo Pharma (-2 per cent) all other top 10 Indian companies grew positively for the month of August 2017 with only Intas Pharma registering a double digit growth of 11 per cent.

Anti-infective therapy was valued at Rs 1,454 crores and was the only therapy in top 10, other than respiratory to register a negative growth (-9 per cent). It is because of such high negative growth of the largest therapy that IPM’s overall growth could not touch double digit even after nine therapies registering a growth of more than 10 per cent. However, value wise it has shown a revival as compared to last six months. While most of the Top 10 molecules have shown negative growth, specific hospital focussed molecules like Meropenem (7 per cent) and Amikacin (9 per cent) have shown strong growths. Amoxycillin and Clavulanic Acid Solids was valued at Rs 120 crores with a growth of -6 per cent is the biggest molecule in the therapy. While most top 10 brands including the No. 1 brand Monocef (-24 per cent) registered a negative growth, there are three brands – Augmentin (14 per cent), Mikacin (14 per cent) and Ceftum (19 per cent) which not only grew positively but also recorded a double digit growth.

Gastro intestinal therapy continued to be the third largest therapy in IPM with a value of Rs 1,167 crores for the month and a growth of 5 per cent which is at par with the IPM. All top 10 molecules in the therapy registered a positive growth with the largest molecule Pantoprazole + Domperidome showing a double digit growth of 10 per cent. Bacillus Clausii continued to show progress with 20 per cent growth over SPLY. Other top molecules which showed strong growths are Milk of Magnesia and Combination (21 per cent), Esomeprazole + Domperidome (23 per cent) and Other Dicyclomine combinations (15 per cent). Spasmo-Proxyvon+ displaced Pan to become the top brand in the therapy and showed a robust growth of 18 per cent for the month of August 2017. Among top 10 brands only Aciloc (-4 per cent) showed a negative growth.

Anti-diabetics maintained its fourth position in the IPM clocking a value of Rs 975 crores  and also continues to grow strongly with a growth of 16 per cent at both MAT and month basis. All top molecules showed a strong double digit growth over SPLY except for 0 per cent growth for Metformin and 6 per cent for Metformin + Gliclazide. While DPP4 Inhibitors (Rs 215 crores) continued to be the largest segment in the therapy, SGLT-2 Inhibitors continued to be the most progressive segment with growth for the month recorded at 103 per cent over SPLY. Six of the Top 10 brands of the therapy have recorded a double digit growth with Lantus (35 per cent) showing the highest growth. Only Zoryl-M (-2 per cent) and Trajenta (-5 per cent) showed a negative growth among Top 3 brands of the therapy.

For the first time dermatology overtook anti-diabetes in terms of growth and became the fastest growing therapy in IPM for the month of August 2017. Dermatology clocked a revenue of Rs 828 crores and a strong growth of 21 per cent for the month of August 2017. Emollients remains the largest sub category within the therapy which registered a growth at 21 per cent. Seven of top 10 molecules showed a strong double digit growth of which Luliconazole (282 per cent) grew the strongest. The second largest molecule Itraconazole also continued its progression with a tremendous growth of 81 per cent over SPLY. While No 1 brand Betadine grew at 8 per cent, other top 15 brands like Panderm+ (114 per cent), IT-Mac (113 per cent), Lulifin (109 per cent) and Candiforce (55 per cent) recorded a tremendous growths.

The global pharma market is valued at $1086 billion growing at 4.5 per cent. The US continues to dominate the market with 40.3 per cent market share with growth of 2.4 per cent in July 2017.

Amongst the top market, India has notched up and is ranked 11th. Top markets with more than 10 per cent growth are Brazil, Canada and Russia. Venezuela has moved out from the top markets globally due to the high level of currency fluctuations in the month of July 2017 as per the MIDAS IMS data.